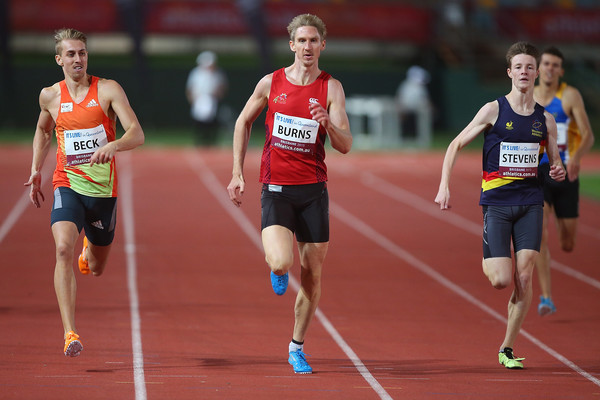 In many ways 2015 has been a breakthrough year for 21 year-old Luke Stevens. A tremendous 46.48s to secure gold at the 2015 Victorian Championships back in February lead to a call up for the National team for the World relay Championships. On the same day as the 400m final at the State titles, Stevens also ran a very quick 20.98s (-0.7) over the 200m to clearly stamp himself as a sprinter on the rise.

Stevens has continued his form into the 2015/16 domestic season with an unofficial PB of 20.93s (nwi) at the most recent round of the AV Shield competition. The discussion around social media has been whether the performance was wind assisted, although thoughts are that is was a legitimate time (under the +2.0m/s limit). Either way we are sure to see Stevens produce even faster times over the coming summer, not only in the 200m but also the 400m.

The 400m looks like an event to keep a close eye out for over the coming domestic season, where we welcome back 2012 Olympic finalist Steve Solomon (who is currently back training in Australia and is basing himself in Canberra) and look forward to seeing the continued battle between Craig Burns (45.94s PB) and Alex Beck (45.91s PB). Add to the mix the likes of 17 year-old World Youth finalist Louis Stenmark (46.29s PB) and a trio of 19 year-olds in Sam Baird, James Kermond and Sam Reiser (all sub 47sec performers) and you start to become very excited about the future of the 400m in Australia.

Team of the month: Stevens has also placed himself in the mix for the team of the month for October under the sprints category, displacing Jack Hale’s 10.44s wind assisted 100m performance earlier this month in Tasmania. Watch out as we name the October team of the month – where you can place your vote for the overall athlete of the month.

Other Notable Results from AV Shield Round 2

In the women’s 800m Catherine Miller continued on her stellar 2015 year with an easy 2.10.16 victory, while in the field John Crandell threw 63.80m to take out the the men’s javelin.