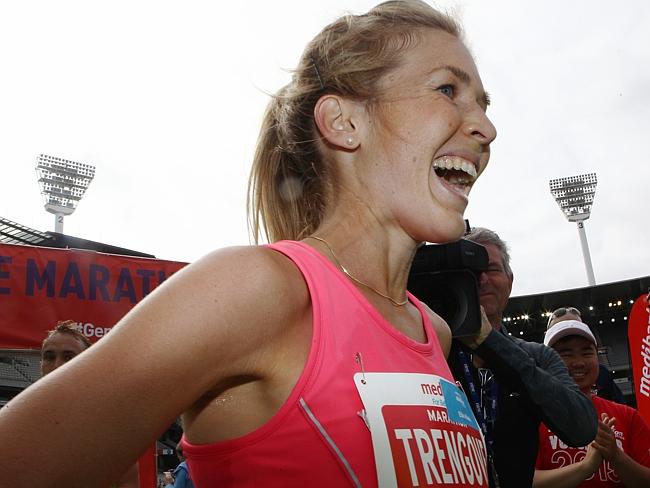 The voting lines are now open, so why not jump over and vote for your favourite athlete of the month. Click here now!

We have short listed a total of 10 athletes for you to vote on, which are detailed below:

– how can you go past her Olympic Qualifier and personal best performance at the Melbourne marathon. Her 2:27.45 performance has now set her on the path to a top-10 showing at next years Olympic Games in Rio, Brazil.

– nearly stole the show from Trengove with an exceptional 2:29.05 at the Amsterdam marathon, in only her second ever full marathon. Her début over the distance was a 2:46.49 in the Blacktown event in July.

– a very important return to the road (after the birth of her first child in 2014), Weightman was impressive in winning the half marathon in Melbourne in 71:00. She will now concentrate on running an Olympic marathon qualifier in January next year.

– not totally expected, although Milosevic had won some top line fun runs throughout the year leading into the Melbourne marathon – including the Sydney City to Surf. In the end he posted a very important Olympic qualifier of 2:16.00.

– a win in the Burnie 10 and another win at the Noosa Bolt 5km has Robinson super excited about heading into the Zatopek 10 in December. There he will be hoping for a faster time than he recorded in 2014 (28.45.36), with all eyes on the clock as he chases an Olympic qualifier.

– it’s hard to remember that Hale is still only 17 years old. The junior sprint sensation didn’t have the best World Youth Championships but has come home and has already posted a 10.43s 100m and a 7.65m long jump. These were both recorded at the Tasmanian All School Championships. We now wait in anticipation to see what he can produce at the Australian All-School Championships in December.

– was difficult to be upstaged at the NSW All School Championships by Miller, but there was no doubting the top performances delivered by Falcioni. A 3.52.92 1500m and a 8.34.44 over the 3000m ensured that he will be the one to watch in Australian distance running over the coming years.

– 18 year-old Hulley threw 61.85m in the U/19 women’s hammer throw at the NSW All Schools, to obliterate the existing record of 54.93m. The performance was just shy of her PB of 63.65m, set back in January. Another thrower to keep a close eye out for over the coming summer of athletics.

– has dominated the early season at the AV Shield meetings in Melbourne, including a very nice 20.93s 200m and a dominant 47.55s 400m. The word around is that he could easily break through the 46 second barrier over the one lap over the summer, and join the likes of Solomon, Burns and Beck in what is shaping as a very strong men’s 4x400m team for 2016.