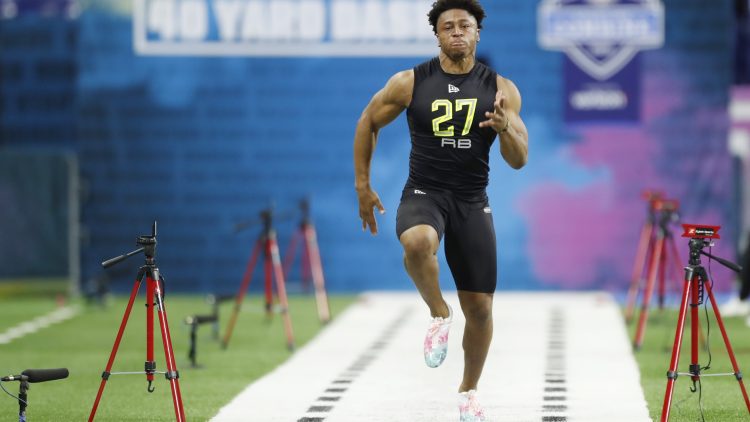 The NFL is home to outstanding athletes that produce incredible feats on a weekly basis. Whether it is surging up the field on a burst to score a touchdown or sidestepping tackles to break through the defensive line, the league has witnessed great athletic prowess and it appears to be increasing by the year because of the talent emerging from the college ranks.

What was once a game that was designed for brawn and strength has slowly become predicated on being light on your feet to be able to turn half-a-yard into 75 yards. General managers and coaches are being forced to change their evaluations of players due to their athletic prowess, placing greater emphasis on their speed and agility at the NFL Scouting Combine.

For those teams that were ahead of the trend, they have enjoyed great success, while it is also placing emphasis for competitors in high school and college to diversify their sporting portfolio to include track events beyond the usual football, basketball, and baseball tendencies in the United States. It has certainly helped two of the modern-day superstars of the NFL reach the highest level and are potentially on the path to the Hall of Fame.

Hill has blossomed into one of the best wide receivers in the NFL with the Kansas City Chiefs. At the age of 27, he already has a number of franchise records under his belt and if he continues on his current trajectory, he will go down as one of the great receivers to have played in the league.

Hill’s performances have allowed the Chiefs to make deep runs towards the Super Bowl, where they are continually one of the leading contenders for the crown in the online betting odds provided by Betway for the 2022 season and beyond. Hill has a unique ability to create separation downfield due to his exceptional straight-line speed. Few players in the league have the pace to match up with the wideout one-on-one, forcing defensive coordinators to put two players on him to quell his threat.

It is no surprise to learn that Hill was a track star in his high school days at Coffee High School in Georgia. His skills were noted nationally, and he represented the USA in the World Junior Athletics Championships in Barcelona in 2012, winning the 4x100m and a bronze in the individual 200m. In 2013, he posted a time of 9.98 seconds in the Hutchinson NJCAA Championships.

He continued to compete after joining Oklahoma State, and operated at a solid level, although it was clear that the path ahead of him lay with football rather than track. After a brief switch to Western Alabama for his final year, which is a common occurrence, Hill has taken the NFL by storm, combining with Patrick Mahomes to devastating effect. All the lessons learned on the track field both in terms of developing speed and remaining fit have certainly benefited his and the Chiefs’ displays on the field.

Few running backs in the history of the NFL had a more productive season than Taylor. The Indianapolis Colts man recorded 1,811 rushing yards and 18 touchdowns along with another 360 receiving yards and a further two scores. Taylor was simply sensational throughout the term and the sole reason why the Colts were competitive in the AFC, although they missed out on a place in the post-season.

Taylor has electric speed that allows him to break away from tacklers in the open field. Once the 23-year-old had space to exploit, he would take the ball the whole way for a touchdown. It takes a special effort to notch 18 touchdowns over the course of a season, and his breakaway speed played a significant role in his rise to the top of the NFL. There is even talk that Taylor could compete for the MVP award due to his exploits in the 2021 season.

Taylor was a standout athlete during his high school and college days. He began his journey as a standout track star at Salem High School in New Jersey where he won two state titles, posting a best time in the 100m of 10.49 seconds. He declared for the Wisconsin Badgers after penning a scholarship with the school, using the outstanding US collegiate athletics system to his advantage. After finding the backfield crowded with talent, he opted to add another string to his bow by securing a place on the track team.

The alternative types of training enhanced his abilities on the football field as well as bringing success to the track team with the Badgers, winning a 4x100m title and also putting in a decent performance in the Big Ten Championships. Without his time on the track field, Taylor may not have developed into one of the NFL’s leading lights.