It was mixed results for the Australians competing at the Lausanne Diamond League.

An awesome aggressive piece of front running by Linden Hall at the Lausanne Diamond League.  Hall has continued to position herself at the pointy end of global 1500m running, finishing 2nd . Hall showed her confidence and strength,going with the pace maker and gapping the rest of the field by a clear 20 metres.  She was only passed on the home straight by Ethiopia’s Freweyni Gebreezibeher, who was 4th at the Tokyo Olympics.

Awesome work by Hall, it has been a long time since Australia has had a woman consistently finishing this high in Diamond League level global events.  The race below is a must watch….

Australian Stewart McSweyn, like Hall, demonstrated strength, confidence and aggression, by pushing the pace once the initial rabbit dropped off.  Superstar Jakob Ingebrigtsen sat on Stew for the majority of the race before kicking past him over the final 200m.  Berihu Aregawi challenged Ingebrigtsen over the final 100m, but the Norwegian dug deep and was too good. Check out the race footage below.

Another win for Marco Arop. He is now making a bit of a statement after failing to make the 800m final in Tokyo. The Olympic champ Korir was second with the Olympic silver medalist Rotich in third.  Arop as always ran from the front, controlled the race, and managed to hold off a fast finishing Korir.

A somewhat disapointing run by Peter Bol, he finished way back in 9th clocking 1:47.49. Prior to the race there was talk of Bol going after a fast time, but he flipped his usual front running tactics and went straight to the back of the field as they crossed after the opening 100m.  It was there he stayed, managing to beat home only the bronze medalist from Tokyo, Patryk Dobek, who finished last in 1:50.60.

Third for Australian Nicola McDermott and 8th for Eleanor Patterson. Olympic champ Mariya Lasitskkene from Russia was once again too good, clearing 1.98.  McDermott managed 1.95 with Patterson 1.85.

This recap is not exhasutive, we left out so many awesome performances. We do our best. For more check out the full results HERE. 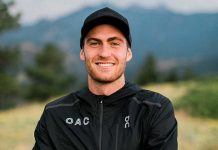 4 Sports Runners Love to Bet On 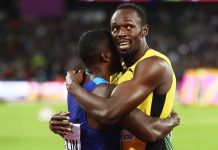 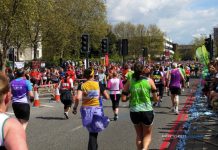 The Best Places To Travel For Gambling Fans