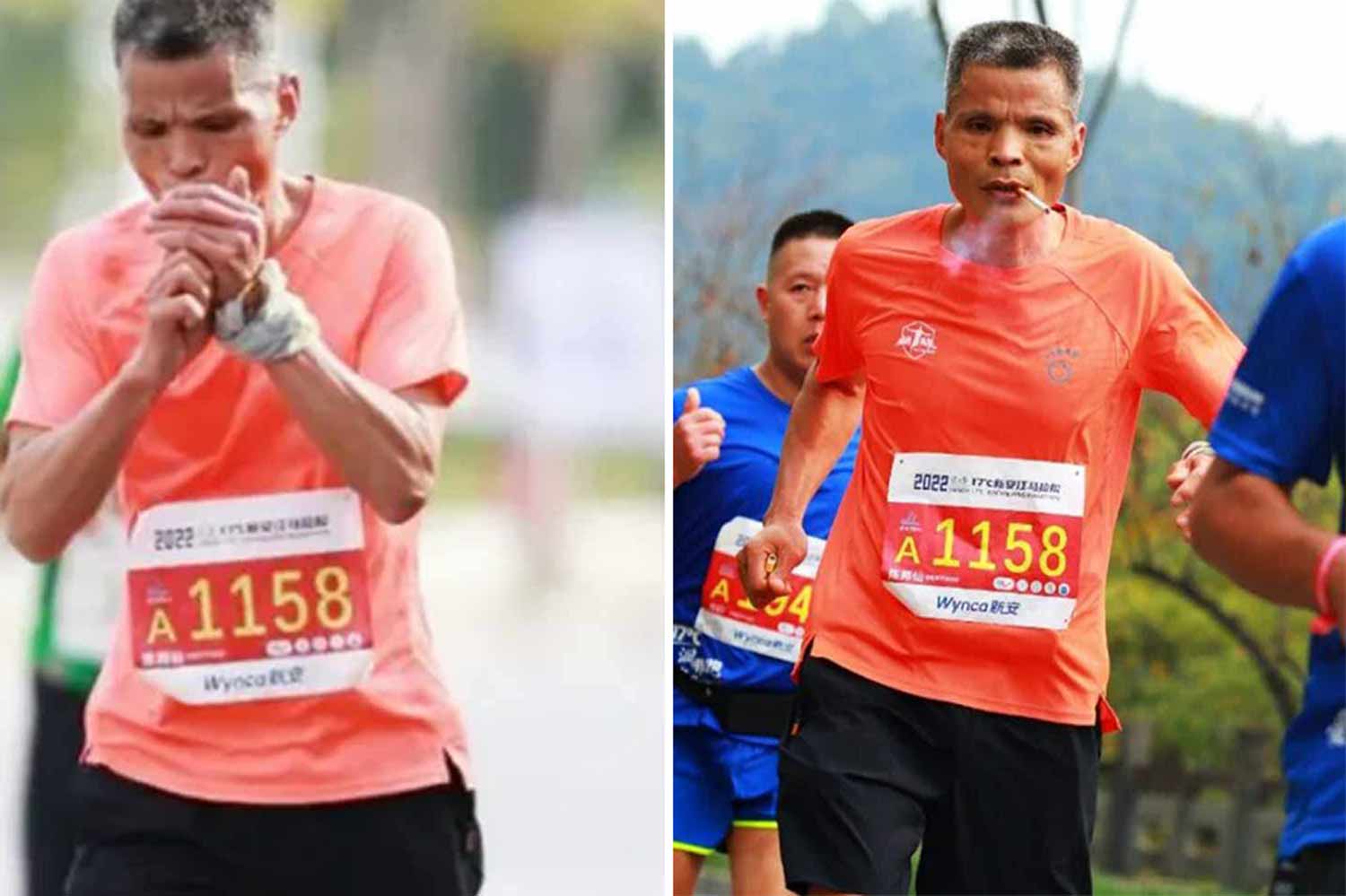 “Uncle Chen”, a runner, smoked while finishing a race at an impressive pace – it’s not the first.

Chinese marathon runner chain-smoked the entire race and finished it in under three hours.

Nicknamed “Uncle Chen”, this serial smoker smoked as if he was playing online casino games NetBet while completing the Xin’anjiang Marathon in the vicinity of Shanghai last Wednesday.

Chen was also pictured chain-smoking during his participation in other events such as the 2018 Guangzhou Marathon and the 2019 Xiamen Marathon.

Canadian Running Magazine reported that he finished the 2018 race in 3hrs and 36mins. The 2019 contest was completed in 3hrs 32mins.

Local media reported that Uncle Chen smokes only when he is running.

Chen was first famous when racegoers called him “Smoking Brother”, during 2017 marathons.

Some pointed out, however, that second-hand smoke could have an adverse effect on his competitors.

By-Shen wrote, “Whoever runs beside him is unlucky.”

Oriental Mountain, a user, asked: “Is it a doping offense?”