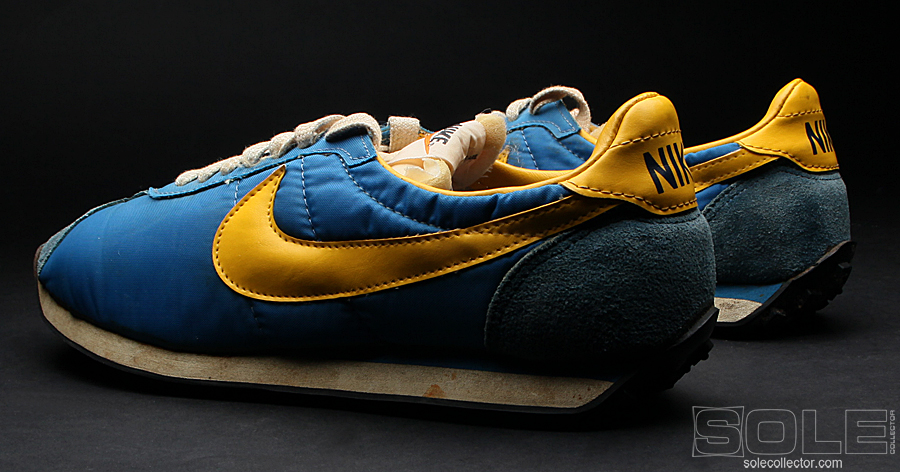 Webster’s Dictionary defines iconic as: widely recognized and well-established
Or widely known and acknowledged especially for distinctive excellence. Although the word is  now used rather loosely, it should be reserved for the best of the best, regardless of what the subject is.

Today’s topic of discussion is none other than running sneakers. The first known running shoe (with a rubber sole) was made back in 1917. They were called sneakers because the rubber sole allowed the wearer to walk around without being heard. Running shoes became really popular after World War I when companies such as Keds and Converse began selling their own as labeling them as sports shoes. More than 100 years have passed since the first rubber-soled sneaker was made. Today, with the help of https://sportsdomainlab.com we go over a list of 5 running sneakers that we feel deserve the title of iconic.

Quick! When you think of classic Nike runners, what is the first sneaker that comes to mind? Odds are that a large portion of you said the Air Max 1. This Tinker Hatfield-designed masterpiece was released back in 1987. Although not the first Nike sneaker utilizing Air-technology, the Nike Air Max 1 was the first sneaker to reveal it. Up until then, Nike thought it was best that their Air technology ought to be felt, not seen. Once Tinker did his thing, that safe way of thinking went out the window. The Air Max 1 was the first running shoe that also made style a selling point and a priority.

The Onitsuka Tiger Corsair is by far the least known running sneaker from this list. So why do we consider it an icon? Considered the jogging shoe of the early 70s, this Onitsuka Tiger model is often said to be the inspiration behind the design of the Nike Cortez. In other words, the Onitsuka Tiger Corsair and the Nike Cortez are almost identical. Will Nike ever come out and say that their iconic Cortez is a blatant ripoff of the Corsair? Of course not, but all you have to do is put both pairs side by side and the similarities are eerily evident and obvious.

Aside from Nike Air Max technology, we’d have to say that Nike’s Zoom System tech has got to be one of the most known tech out there before the turn of the century. Lots of your favorite shoes (including basketball kicks) use Zoom tech, but the Nike Zoom Spiridon holds the title of the first running model to do so. The tech helped you stay closer to the ground which improved your performance while also providing superior comfort.

It’s difficult for me to name another running shoe that was made this past decade and has had as much of an impact than the adidas Ultra Boost. Although it’s not the first adidas model to use Boost tech, it’s most certainly the most recognized. Boost will go down sneaker history as one of the most innovative cushioning technologies ever made. Runners and non-runners alike will all agree that the adidas Ultra Boost is one of the most comfortable shoes that they’ve ever worn.

Bill Bowerman (Co-founder of Nike), was the inventor of the waffle sole, which was considered Nike’s first innovation. The waffle sole was invented at Bill’s home with the help of his wife’s waffle iron. The rubber mold inspired Nike’s first shoe, the Waffle Trainer. In a lot of ways, every single pair of Nikes can trace its roots back to this shoe. Can it get any more iconic than that?