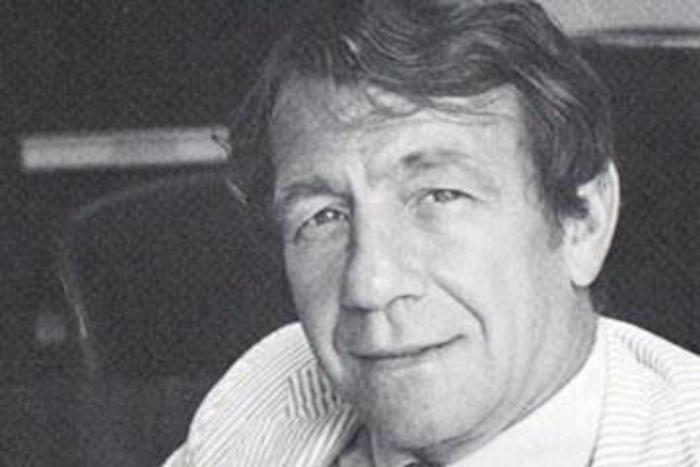 Jim Dunaway, who passed away earlier this year, was one of the giants of track and field journalism.

Or perhaps he was a dinosaur, as in ‘we won’t see the likes of him again’, a creature from a past age, rather than in the literal sense.

Mostly, he was just Jim. Dunaway was that rare combination of someone who talked a lot – you never wanted to bump into him on deadline – but was worth listening to. As a mark of his passing, one of the US Running Blogs recently re-published Dunaway’s account of his trip to Melbourne for the 1956 Olympic Games, the first Olympics he covered. You can read it – and I recommend you do – here.

I recall the first time I met Jim. It was also the first time I met John Landy, at least in a social sense (I had interviewed him before that). The occasion was an afternoon tea at Pat Clohessy’s and the fact that I remember meeting anyone else the day I met Landy is testament to Jim’s personality.

Jim attended more or less every significant athletic event in the world. So, 30 years after his Melbourne Olympic trip he was in Canberra for the 1985 IAAF World Cup. He made my day, too. For weeks I had been slaving over the athletics content of the World Cup souvenir program, a task made all the more difficult by the fact that the teams were finalised at the very last minute.

The fruit of my labour was a lift-out listing each competitor, along with their season’s best, personal best and other statistical information. Jim told me it was the best biographical information he had seen at any competition, which rather made my day seeing our little media section had had to win several bitter arguments to produce it at all.

Anyway, if you’ve read Jim’s account of his ‘Fantastic Voyage’ to the 1956 Olympics, you’ll have realised that it really was a different world then. On the eve of the 60th anniversary year of the Melbourne Games it is sobering to realise what an isolated backwater Australia was to the rest of the world back then (not that a 24-hour air trip from Europe these days is a picnic either).

Ron Carter, with whom I had the pleasure to work for the first six of my 22 year stay at The Age, had a similar tale to tell about his trip to the 1952 Helsinki Olympics.

A young Ron desperately wanted to go to the Games. His employer at the time, The Argus, was equally adamant they would not send him. So he resigned, pooled his savings and set out to Europe via a six-week sea voyage.

Ron filed reports from the lead-up competitions and the Games themselves which were published daily in the paper. When it came to funding his return trip, though, the answer was still an unbending ‘no’. Now broke, Carter learned enough Swedish to get himself a job in the logging industry, saved pretty well every penny he earned, and got himself back to Melbourne in time to cover the 1956 Games.

Unfortunately, The Argus was not quite so resilient as Ron. It folded at the beginning of 1957 and Carter was snapped up by The Age. Another Olympics brought Carter’s career to a close. In 1992, I went to my first Olympics for the paper, working primarily with Ron, Garry Linnell, Mike Cockerill, (SMH political reporter Peter Bowers!) and photographer Stuart Hannagan.

Over quite a few drinks the day after the Games, Ron told Garry, Stuart and me that he might be interested in the redundancy packages Fairfax was offering. “I’ll find out what I’m worth,” he said, “but I reckon there’s no way they’ll pay it out.” He did, they did, and Ron was off.

The sort of amazing journeys recounted by Dunaway and Carter don’t happen these days, do they.

No, they don’t, but nor has travel become all plain sailing either. My first trip for The Age was similar to Ron Carter’s first trip to Helsinki, or Dunaway’s to Melbourne, in that it was self-funded. I had been a contributor for a couple of years by the time the first world championships were staged in Helsinki and the sports editor, no less than Neil Mitchell back then, offered me the gig freelance.

No accommodation, no expenses, but Mitchell did send me away with a thick bundle of triple-copy carbons (on which journalists used to type their copy then) and a telex charge card enabling me to send stories back from anywhere there was a telex machine.

This worked beautifully in the Helsinki main press centre, which was set up with a state-of-the-art telex room. I’d take the top copy (the most legible) of the story down to the telex clerks and briefly wonder what to do with the two less-readable carbons (chuck them in a bin, mostly).

As I say, worked a treat. But in Zurich a few nights after the championships, not so much. No telex room at the Letzigrund; all the non-freelance types (everyone else) dictated their copy by phone.

I was staying at the Hotel Stoller, a family hotel just down the road where the kindly desk clerk offered to leave the telex room open for me to use overnight. I sat down to type the story, which was translated into code and punched into a long ribbon of telex paper. No problem, until I trod on the tape as I got up to feed it into the reader for transmission.

Tired – it was around 3am, emotional, no-one to talk to, I was almost in tears by now. Then, a shaft of light hit me. Just feed the two lots of tape into the machine and hope they could sort it out at the other side of the world. I did, they could (well, I never heard otherwise) and I finally got off to bed.

I don’t know what the equivalent problems are in the internet age – though I imagine the need to keep feeding the insatiable appetite of the online newspaper is somewhat similar to the Hotel Stoller telex room 3 a.m. scenario. But I’m sure foreign travel for a major metropolitan newspaper is still not entirely a bed of roses.