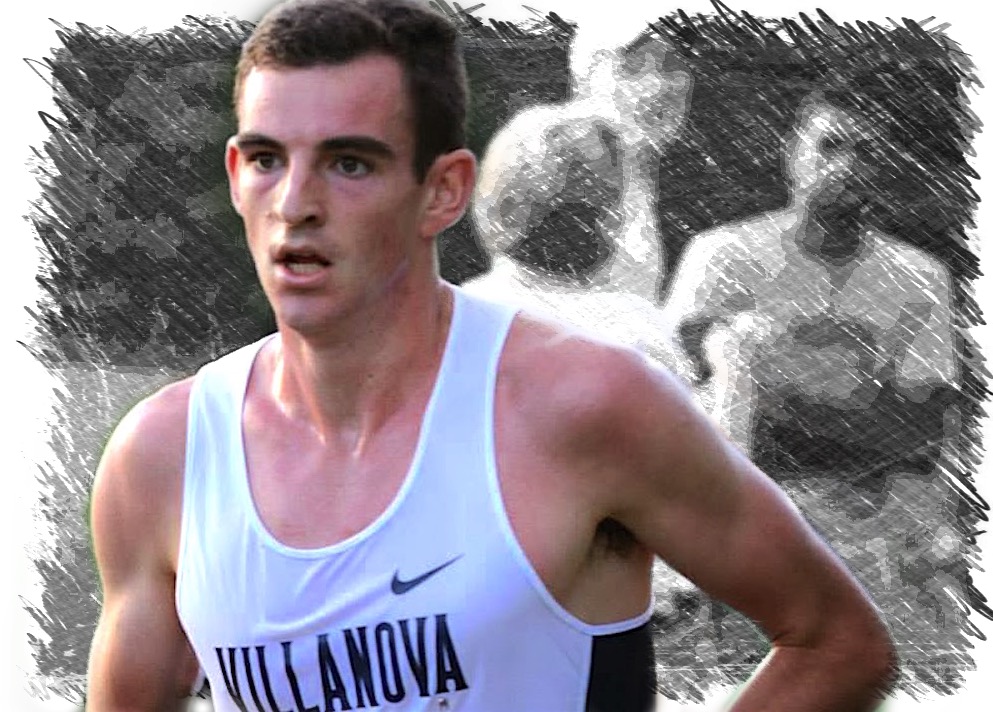 For those of us yet to meet a statistic we don’t like*, there were some interesting figures surrounding Patrick Tiernan’s Zatopek win.

One, Tiernan’s was the fastest debut 10,000 by an Australian male. Two, he became the first Australian to break 28 minutes in his first attempt at the distance. Three, he is the 20th Australian to go under 28 minutes; and, four (this one for ‘stats’ tragics only), he broke the Villanova record for six miles en route to his win.

I wasn’t thinking about any of those statistics, which come without a money-back-if-wrong guarantee, as I watched Tiernan record an impressive 27:59.74 victory in cold and windy conditions at Lakeside Stadium. Rather, I was recalling the other Australian youngster to win the Zatopek race in similar manner.

That would be Paul Patrick, who won in 1993 and went on to represent Australia in the 10,000 at the 1994 Commonwealth Games in Victoria, Vancouver Island. The similarities with Patrick Tiernan are uncanny.

Paul Patrick was not running his first 10,000 at the Zatopek, just his first as a senior. He’d run 30:08.7 just a couple of years earlier in January, 1990, the year he went to the world junior championships and finished fifth in the 5000 metres.

In terms of how each went into the race, however, there is a big difference. Tiernan started as one of the favourites, albeit in an even field; Patrick faced two more strongly fancied rivals.

Steve Moneghetti was one. ‘Mona’ had won the previous four Zatopeks. He hoped to equal Ron Clarke’s record of five wins in the big race and surpass Clarke by doing it in consecutive races.

The other, Gary Staines, an English runner then based in Australia, wanted to stick with ‘Mona’ and kick home for the win. A silver medallist in the 5000 metres at the 1990 European championships, he had been a finalist in the 5000 in both the Seoul 1988 Olympics and Tokyo 1991 world championships.

Moneghetti was already a Zatopek legend. Having run his first Zatopek in the lower grades in 1979 – two years before finishing seventh in the 1981 de Castella U20 3000 – he was now lining up for his twelth.

“It’s funny, at one stage I had run eight Zatopeks in a row without winning,” Moneghetti said pre-race. “Now, I’ve won four in a row.” Against his chances, he had run a marathon in Beijing just eight weeks earlier.

Patrick, however, was no mug. Just turned 22, his form was good. A couple of weeks earlier he had soundly defeated Staines and Moneghetti over 5000 metres, but surely 10,000 would be another matter.

Staines reeled off the reps right on schedule. As we walked away, Nic said: “Either he’ll win the Zatopek by a minute or he’s left it on the track.”

Turned out to be the latter. Staines and Patrick clung to Moneghetti’s heels through a series of mid-race surges. Inevitably, it seemed, one of the two would finish quicker than ‘Mona’.

“All credit to ‘Mona’,” said Patrick. “He did all the work. I sat on him and I knew I could outkick him.”

Patrick finished eighth in the 10,000 at the Commonwealth Games, one place ahead of a young Kenyan named Daniel Komen who had boldly run the first mile of the race in close to four minutes.

Tiernan was already an Olympian, an NCAA cross-country champion and a 13:20 5000 man when he lined up in this year’s Zatopek. And, as already noted, he had the race in his keeping a long way from home. But the similarities between two young men who broke 28 minutes and won the Zatopek 23 years apart, in their first serious effort at 10,000, are uncanny.

* Is that a statistic in itself, I wonder.