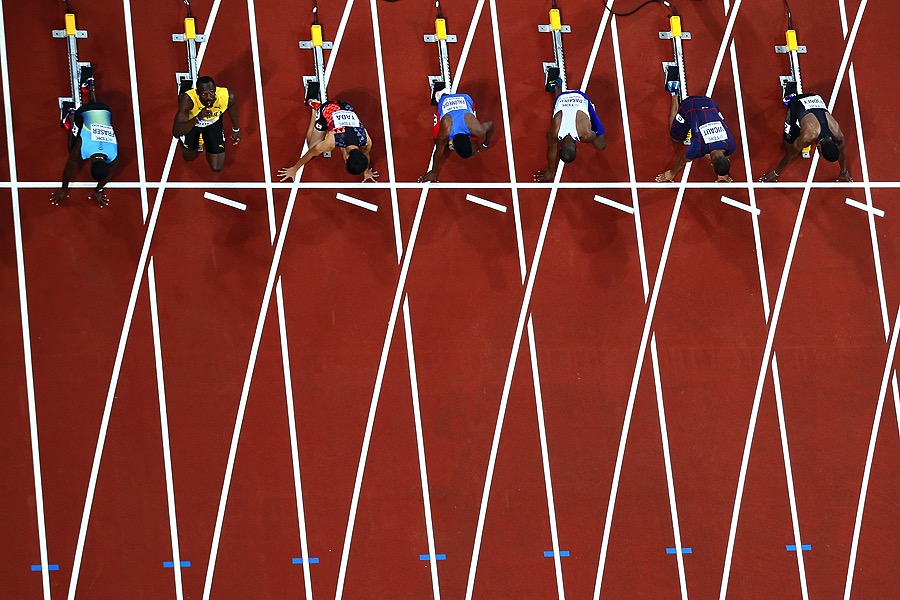 What’s that sound you hear? Well, if you’re anywhere near a national federation’s high performance unit it could be the sound of numbers crunching.

The IAAF is moving to a new system of qualifying for the world championships and, assuming the IOC is totally on board with it, presumably the Olympic Games.

Up until now, qualification has been based on attaining a performance standard ONCE. Individual federations may choose to vary that – opting for a higher standard, asking athletes to attain the standard more than once or abbreviating the qualifying period are the most common variations – but, as far as the IAAF has been concerned, once you have attained the minimum standard you are entitled to be entered.

That is all about to change and the change is to apply to entry for both the Doha 2019 world championships and the Tokyo 2020 Olympic Games.

The new system is based on athlete rankings. Those rankings, in turn, are an average of points scored across five performances; the points, in their turn, take into account the actual performance, the competition in which it occurred and the place it obtained.

The performance part is relatively easy. For pretty much the entire history of the sport, statisticians have established scoring tables which are used to calculate placings in multi-events and, more theoretically, to allow comparisons across events. Is 10.00 for 100 metres comparable to 2:10:00 for the marathon, or 2.30 in the high jump, and so on.

So, what I’m hoping the high performance people at Athletics Australia are doing right now is crunching the numbers to see what impact this will have on team selection. Take last year’s team to London 2017, for example, and run those athletes through the proposed ranking system: would we have had 10 more athletes, 10 fewer, or around the same number.

Further, how would the composition of the team be impacted. We are one of the many nations who base selections – initially, at least – on results of national championships or specific selection trials. What happens when those results do not agree with the rankings, if the winner of the trial, for example, has fewer rankings points than an athlete who finished second or third behind her or simply failed to perform on the day.

The world championships after next will be in Eugene. For years, the USA has chosen its team on the basis of 1-2-3 in its trials. In Olympic years, especially, the US Trials are one of the few events which gain traction for the sport in mainstream media. How will the US react to being told that the IAAF are inviting athletes two, five and eight, because five and eight have a higher ranking than the trials’ winner and third place. Not very well, I’d guess.

The proposal is that an athlete’s ranking will be based on the average of his or her five best ranking performances – not five best absolute performances. The raw performance will be adjusted to reflect the competition and the placing: eighth place in a world championship final will earn more placing points than winning at an IAAF World Challenge meeting or a national championship.

Athletes, coaches and national federations will have to adjust their thinking on competition programs. The Oceania championships has never counted much with Australian and New Zealand athletes, the areas two ‘big’ nations content to see the smaller Oceania nations contest the titles. Under the ranking system, area championships count for considerably more points than the national titles. Will Australia and New Zealand swamp the Oceania championships by sending their best athletes.

Again, world challenge and Diamond League meetings score higher than national championships (and the Commonwealth Games, for that matter). Yet there are now no such meetings in Australia or New Zealand. In recent years, Australian funding has gone towards our best medal chances and then to those who make teams, but how do we fund all those contenders to get to the meetings at which they can score ranking points.

All these sorts of issues are solvable once the numbers have been crunched, which is why I trust there is a lot of number-crunching modelling being done around the world (hence all the whirring noises).

The system for qualifying is one thing, but just as puzzling is the rationale behind it. Is there a hidden agenda to open up championships to the highest-ranked athletes, regardless of nationality, for instance. Or to reduce the numbers competing, so as to make for shorter programs.

Condensed championship programs have been flagged as one of the changes the sport has to contemplate but, so far, the move has been in the opposite direction: the London 2017 championships went an extra day, Doha 2019 will, too. The past two world indoor championships have pulled events out of the three-day schedule and run them as a pre-session on what would otherwise have been the eve of the championships.

Finally, what is the new qualification system aimed at achieving. Is it hoped that the ranking system will become a talking point, regular updates being pored over by fans all round the world. Golf and tennis have similar rankings now but, beyond changes in the number one position, the rankings generate a miniscule amount of news coverage.

If the new system changes little, what is the point. If it changes a lot, we need to be talking about it more, burning midnight oil as well as crunching numbers.