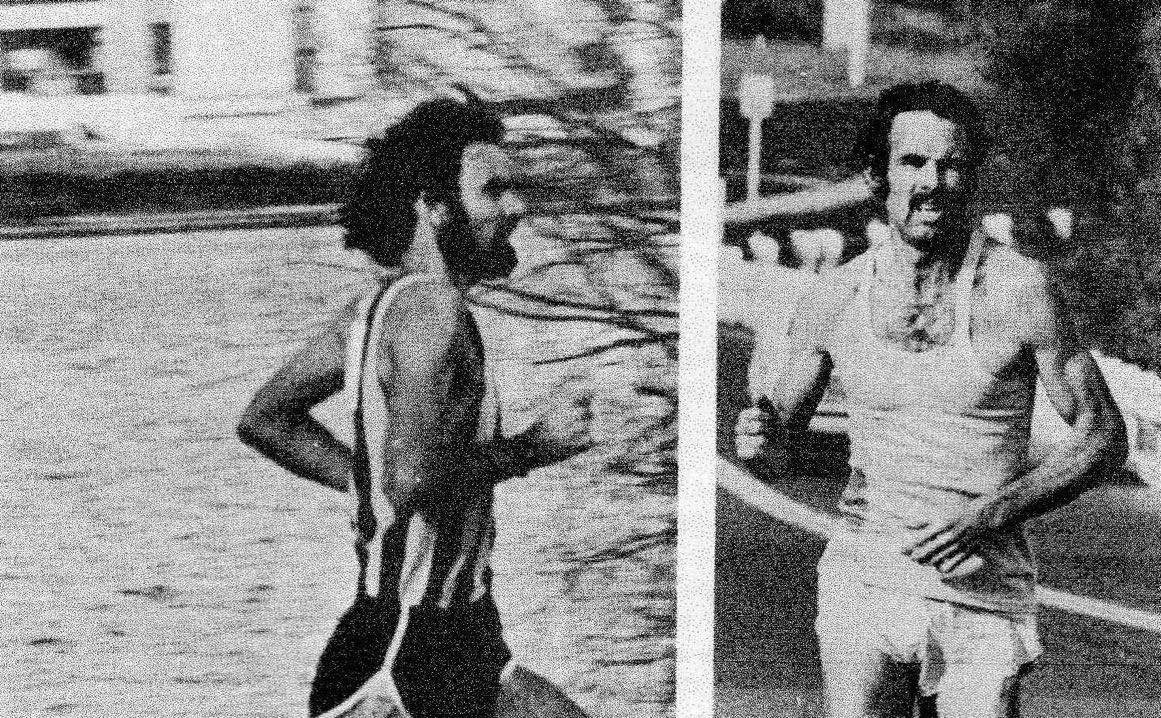 By way of disclaimer, this is as much of a disclaimer as you are going to get. As Brian once told me in another context: “Our sport is too small for conflict of interest.”

Thredbo, 50 Years Running, 1968-2017, is obviously inclusive in the numerical sense. You don’t need to be a maths major to work out that 1968+50=2018, not 2017. But it is also inclusive in the sense that pretty well everyone involved in that half-century of running at Thredbo gets a mention in the publication.

Brian has self-published for years and told me of an earlier book which included the full results of 10 years of the Canberra marathon: “If everyone who gets a mention buys a copy, I could be onto a winner.” They didn’t, and he wasn’t.

Brian has never published for commercial success, however (if he has, he should sack his financial adviser!). Nor has he written from the perspective of the know-it-all expert. As he writes in the foreword to Thredbo: “My first four books . . . had about 220 contributors, so I am an aficianado of outsourcing book contents.”

In that, Brian is referring mainly to his first two books, Distance Running in Australia, Parts I and II, which came about basically from sending self-addressed envelopes to a large number of Australian distance runners (from elites to club runners to fellow ACT cross-country club members) asking them to provide a brief description of their training and anything else they would care to mention.

It was in this phase of his writing that I first met Brian. He had come to Melbourne to conduct a group interview with (from memory) Chris Wardlaw, Bill Scott, Rob de Castella and Tim O’Shaughnessy. Having come along to sit on the couch at the Wardlaw and listen, I was asked to join the discussion – a personal experience of Brian’s inclusiveness.

Brian then branched out into Q&A interviews – Off the Record and Through the Tape, broader surveys of the Australian scene – Unfit for Publication, a combination of the two genres – The Incomplete History of Australian Distance Running (1970-1995), and, then, a further book of interviews eponymously titled, Interviews.

Along the way, Brian had one-on-ones with a broad selection of running icons from Landy, Bannister, Elliott, Doubell and Clarke, through Wardlaw, (Bill) Rodgers, (Rod) Dixon and de Castella, to Moneghetti and Lisa Ondieki (the only female: the era covered largely pre-dated women’s distance running). On the coaching side, interviewees included Franz Stampfl, Arthur Lydiard and Pat Clohessy.

With Thredbo, etc, Brian has returned to the out-sourcing model. With due deference to the great Lydiard, and his collaborator, Kiwi journalist Garth Gilmour, Lenton’s latest could just as easily be titled Run to the Top, as it chronicles running in Thredbo Alpine Village and – a short ride away – from the top of the Crackenback chair-lift across to the roof-top of Australia at the summit of Mt Kosciuszko.

The book is dedicated to Ludwig Rabina, who died in 2007. Rabina was a pioneer of mountain running in Australia, an integral part of Thredbo running for years, and a life member of both the Australian Mountain Running Association and National Running Week.

Overwhelmingly, the running in the book was done at National Running Week, a unique event organised by the Lentons – Brian, Linda and their captive son, Mike – for most of the 50 years history record in Thredbo’s 50 years of running.

National Running Week, or NRW, was Brian at his eclectic best, a comprehensive collection of elite running, fun running, orienteering (sort of), mountain running (under the Crackenback chair) and sundry events including, at the more conventional end, anyway, tennis, golf and swimming.

At the more unconventional end were events such as the Smarty pushing (with the nose) across the ‘grass’ of Thredbo Village Green. Most of the events were devised by regular NRW attendees – which could equally be encapsulated either as exemplary participant empowerment or a true case of the lunatics running the asylum.

At the more erudite level was the Trivia Quiz, though the degree of erudition may b e questionable given that one year a photo of Brian at the peak of his running powers was variously identified as being Rob De Castella and Steve Prefontaine.

I attended NRW just the once, during my previous lifetime as a 2:19 marathoner. Naturally, I eschewed all the ‘trivial’ events in favour of running only, though I was fortunate enough that my stay did not take in the Crackenback Challenge, a gruelling, 2km climb from 1350 to 1950 metres asl underneath the chairlift. I did complete the other ‘challenge’, the 12km out-and-back from the top of the chairlift to Kosciuszko and back.

Brian has always had an eye for the quirky. In his A-Z of Thredbo running, for instance, there is this entry for H: “Happy is as happy does. I’m certainly happily relieved to have finally finished the A to Z. Readers may be stunned to realise that the task wasn’t planned to the last letter and performed in alphabetical order. ‘H’ was the last letter by default. I’m now written out and the only punctuation I am interested in is a full stop.”

Make of that what the H you will. 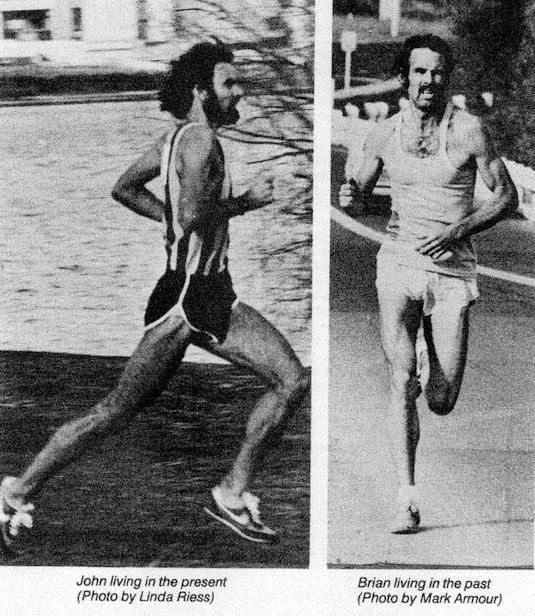