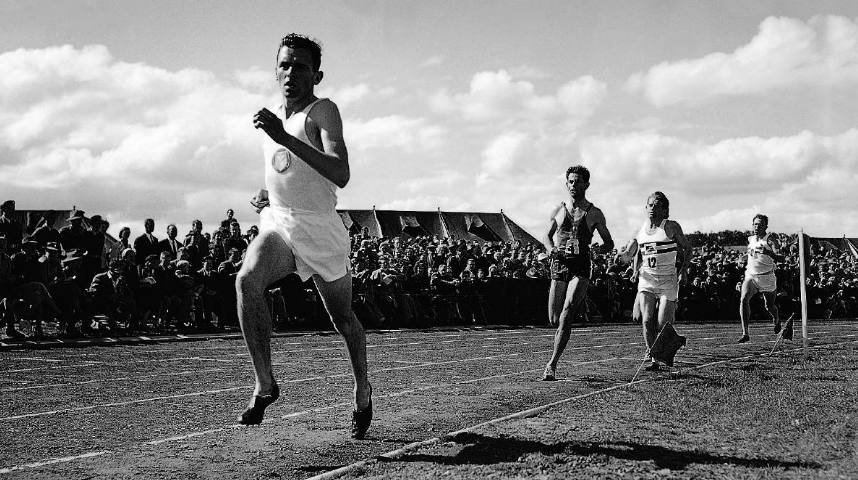 On being no.2 | A Column by Len Johnson

Someone observed of Merv Lincoln, who died on 1 May after a long illness, that it was difficult to do him justice as an athlete because you always had to start with the acknowledgment that he was never number one in his own country.

Some athletes are born with the gift of good timing. Merv Lincoln was not one of those. It was both his good and bad fortune that the peak of his career overlapped with the end of John Landy’s era and the entirety of the brief but incandescent arc that was Herb Elliott’s.

At his peak, Lincoln was the second best miler in the world, one of a generation of Australians who dominated the distance and filled five of the top eight spots on the classic distance’s all-time list at the end of 1958.

That year, Lincoln ran 3:55.9, the second-fastest mile ever. That was over a second under the previous world record but, inevitably, it was behind Herb Elliott’s fabulous world record 3:54.5.

Had Merv Lincoln run for any other country, he may still have been second to Landy in 1956 and Elliott thereafter, but he would have gathered more acclaim in his own right. As it is, he won only one Australian and one Victorian mile title from 1956 to 1960; Landy or Elliott took the rest.

There is an argument that great rivals enhance each other’s status. In tennis, Roger Federer and Rafael Nadal are better off for having each other to play against. Current world no.1, Novak Djokovic, has said he is a better player for coming through against the slightly-older Federer and Nadal, and to have had his great contemporary Andy Murray to contend with as well.

For all the frustration Elliott, in particular, must have caused him, Merv Lincoln was never in any doubt that he was a better athlete for running against him. Asked what impact the – inevitably unfavorable – comparisons with Landy and Elliott had, Lincoln responded:

“There’s not the slightest shadow of doubt in anyone’s mind, including my own, that I was inferior to both Landy and Elliott. I never beat either so there’s no point in discussing who was the better. What I think is important is what you feel you got out of it and what it did for you as a person. The fact that I was able to run against those fellows, I regard even now as a privilege. It’s something my life would have been worse off for having not had (interview with Brian Lenton, Through The Tape, 1983).”

Two races defined the Elliott-Lincoln rivalry. In the first, Lincoln ran Elliott to a virtual dead-heat on the grass track at Perth’s Leederville Oval early in 1958. Each was timed at 3:59.6, but Elliott was judged the winner “by inches”.

Lincoln thought that at worst it was a dead-heat. “I didn’t think I’d won but at the same time I didn’t think Herb won either,” he told Lenton. He also wondered what the impact on both would have been had he won.

The second was a year later in Brisbane. Elliott had just returned from a trip to the US for an awards ceremony. Lincoln saw him having a beer and a smoke on the plane on the trip up from Melbourne. A fast pace also suited the challenger, but somehow Elliott still prevailed, 3:58.9 to a dispirited 4:04.8.

“The final result really knocked me as he was so unfit in such a fast race,” Lincoln said in Through The Tape. “I think I lost a bit of fight after that one. I thought: ‘Well, my God, how’re you ever going to beat him’.”

Like his peers in those pre-professional years, Merv Lincoln was so much more than an athlete. He taught both at secondary and university level. Years later, at the age of 50, he completed a PhD in economics before successfully starting up his own company, Lincoln Indicators, advising the business sector. He enjoyed a happy family life with his wife, Dawn, and children Debbie, Tim and Tony.

Time adds perspective. Less than a handful of Australian male middle-distance runners – Landy, Elliott, Ralph Doubell – can lay claim to have been the world’s best at one time. Only a few more have achieved as much as Merv Lincoln.