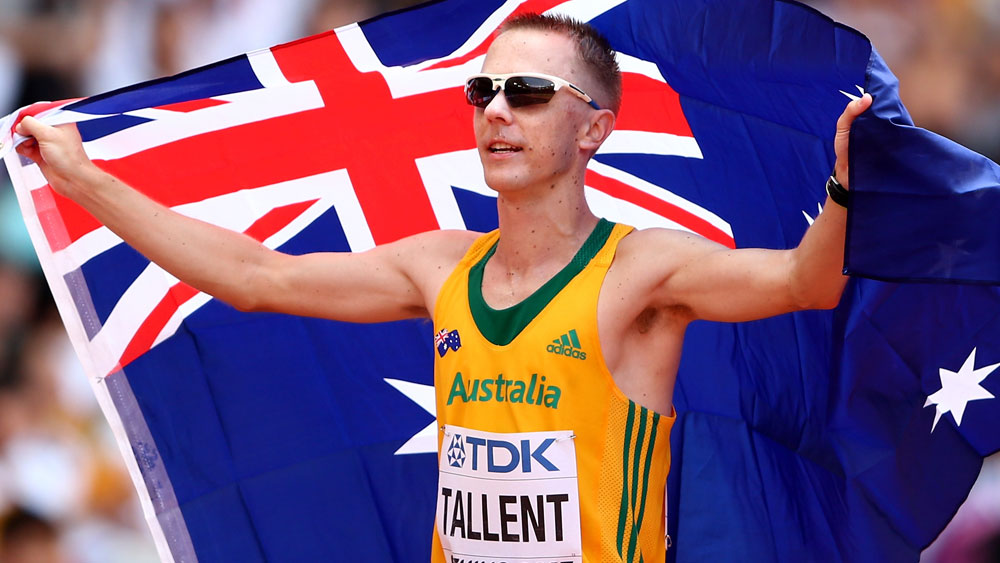 Justice delayed is justice denied is an old legal maxim, but Jared Tallent belatedly received his Olympic gold medal at a ceremony in Melbourne on Friday.

After a couple of sunny early winter’s days, Melbourne was beset with persistent drizzle for the presentation of the medal by Australian Olympic Committee president, and IOC vice-president, John Coates. Tallent also received his Order of Australia medal from the governor-general, Sir Peter Cosgrove.

In a neat touch, Tallent also received a one-off Olympic blazer with his name included in the gold medallists sewn into the lining from Rio chef de mission Kitty Chiller. The decision on Tallent’s medal did not come in time to include him among the full list of Australian Olympic champions on the team jacket lining, but a special jacket was made for him by the makers, Sportscraft.

No-one can give Jared Tallent the moment he should have had in London four years ago when a Russian athlete who the Court of Arbitration for Sport has determined should have been serving a suspension was allowed to compete and deny him the honour then, but at least he was able to receive his gold medal at home, among family, coaches, training partners, friends and Olympic supporters.

Not the best thing, perhaps, but by some way the next best, you’d imagine.