Home A Column By Len Johnson He said, she said goes all the way to London marathon: A... 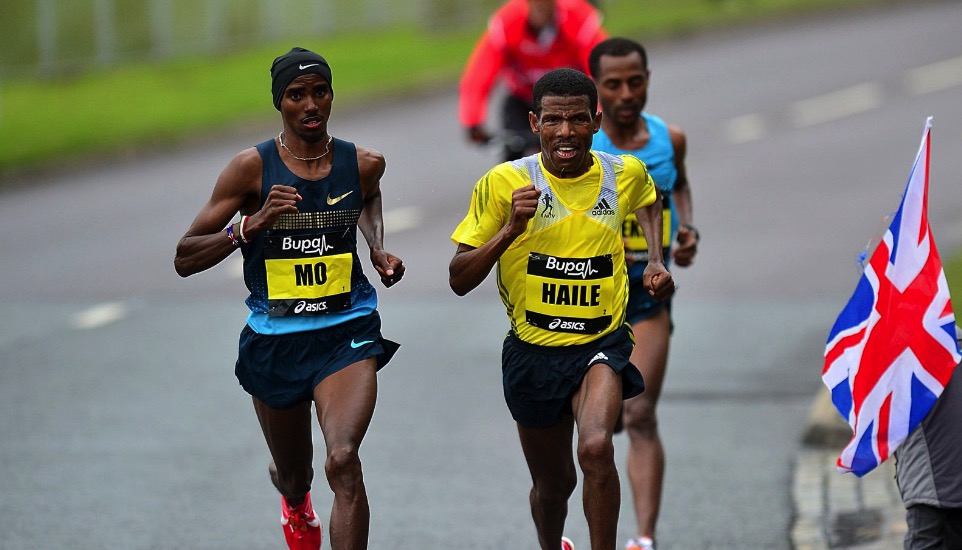 Remember when sport and politics didn’t mix (Yes: I know they always have, but let’s pretend the perfect world in which they don’t actually exists).

Seeking some respite from the tedium of an Australian election campaign that has not yet left – and probably will not leave – the tit-for-tat stage, attention this week turned to the London marathon.

Imagine my dismay, then, that the biggest story in the lead-up to this year’s race centres around a dispute between Mo Farah and Haile Gebrselassie over some valuables which disappeared from the former’s room while he was staying at a hotel in Addis Ababa owned by the latter.

The dispute became fully public when Farah gave his side of it at a London marathon media conference. This, in turn, led to a statement from Gebrselassie returned fire and upped the ante with threats of an action for defamation.

As a sting in tail of the threatened legal action, Gebrselassie further alleged that Farah had been involved in a physical altercation in the hotel gym with a married person (an equal opportunity allegation, being gender-neutral). To which Farah’s coach, Gary Lough, countered that Farah had been acting in self-defence.

Wow: who said you had to be on the election campaign trail to find yourself trapped in one of those he-said-she-said arguments which are (1) fundamentally unsolvable; and, (2) who gives a rat’s anyway.

Maybe it was all just pre-race tabloid fodder, though the accounts I have cited are from the BBC website (last time I checked, the Beeb was not one of the red-top tabloids). In any case, the dispute is the very essence of said fodder, the two protagonists being six-time Olympic gold medallists between them (Farah 4 vs Gebrselassie 2), and so well-known and loved that they are universally referred to as Mo and Geb.

And Gary Lough, Mo’s coach, is the husband and former coach of Paula, the superstar of women’s marathon, more formally known as Paula Radcliffe. You can almost hear the tabloid editors of Fleet Street salivating as they cry: “Bring it on”.

Initially, at least, Farah was the victim of theft (a watch and two phones were taken from his room, which had a defective safe, which had been reported to hotel staff. Initially, too, the hotel/Gebreselassie offered compensation and presented five staff to police for questioning about the alleged theft. The compensation offer was withdrawn when Farah moved to another hotel without, it is alleged, settling his bill.

So, everyone’s talking about Mo v Geb it seems, instead of what might happen when the starter’s gun goes off on Sunday morning. And somewhere within a luxury London hotel. Eliud Kipchoge is no doubt relaxing in a Zen-like state of calmness in preparation for his next assault on marathon history.

It’s not just Eliud Kipchoge who is flying under the radar ahead of London, but also Australian trio Brett Robinson, Jack Rayner and Sinead Diver, who must be grateful for the low-key approach.

Realistically, the 42-year-old Diver is the best prospect. Having run two world championships and a break-through 2:25:19 in Melbourne last year, Diver is well and truly at home in the marathon.

Robinson and Rayner, on the other hand, are still on the learning curve. It will be a debut marathon for Rayner, who showed great promise in winning the Commonwealth half-marathon title in Cardiff last year in a PB 61:01.

Robinson made his marathon debut at Fukuoka last year. After a strong first half, he was a DNF between 30 and 35km. He is in good form, however, as demonstrated by a strong run in the world cross-country championships in Aarhus, when he finished 30th and is one of our most versatile and consistent distance runners of recent years.

It is to be hoped that one, or both, these two can make an impact on an Australian men’s all-time list which, in stark contrast to the women’s, remains stagnant. Partly that is circumstantial – in the same time Michael Shelley has won successive Commonwealth Games marathons (and got a medal in a third) and performed well in Olympic marathons. Andrew Letherby and Liam Adams are among others to have performed credibly in championship marathons.

Nevertheless, it remains an unpalatable fact that no Australian male has gone sub-2:10 since Lee Troop ran 2:09:58 in London in 2004. ‘Troopy’, in fact, has four of the seven fastest times run by Australians this century, while Jeff Hunt is fastest in the current decade:

These statistics are surely in for revision. Hopefully, that process starts in London this weekend (and Mo and Geb settle their differences!).