Home A Column By Len Johnson Don’t bring a knife to a gun-fight – A column by Len... 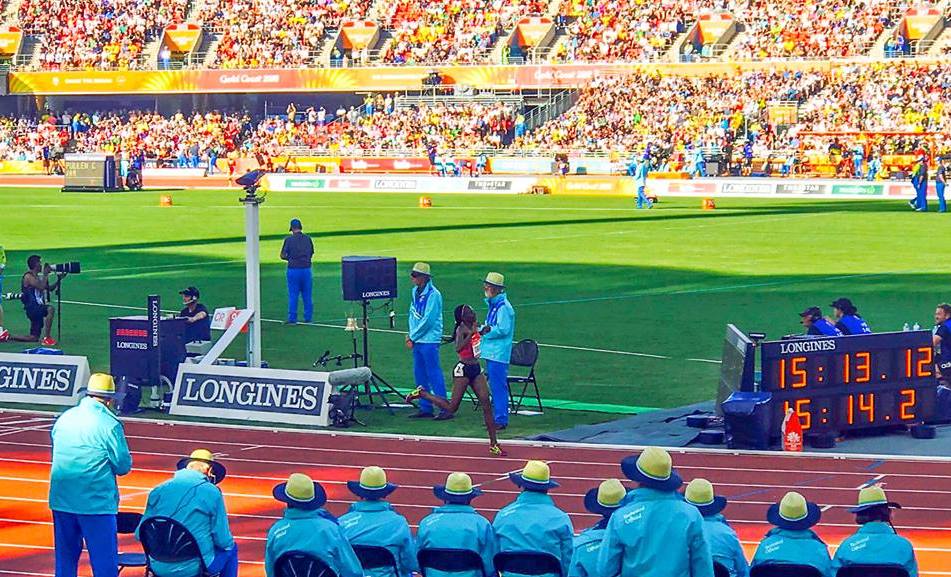 Don’t bring a knife to a gun-fight

In the movie The Untouchables, the Sean Connery character offers the memorable line to one of his victims: “Never bring a knife to a gun-fight.”

It took a while for Kenya to cotton on to this logic, but by the final day of action in the stadium, the Kenyans seemed to have learnt the lesson.

Having played second fiddle to Uganda throughout the championships, Kenya wheeled out the ‘guns’, world champions Hellen Obiri, in the women’s 5000 metres, and Elijah Manangoi, in the men’s 1500.

The results? Gold medals I both events, and silver medals into the bargain.

Both Obiri and Manangoi committed publicly to the Commonwealth Games early. Obiri was permitted to skip the Kenya trials, even, but she was always coming to the Gold Coast. At one stage she even floated the idea of making her debut at 10,000 metres, but she stuck with her strong suit, the 5000.

Obiri’s 5000 is a pretty awesome sort of gun, even by high Commonwealth distance standards. At the Rio Olympics she was second to teammate Vivian Cheruiyot as both defeated Almaz Ayana. Last year, she won the gold medal at the world championships on the way to an undefeated season in the event.

It meant nothing to Obiri. After a first 1000 metres run at just below 17-minute pace, she and teammate Margaret Kipkemboi and Eva Cherono stepped up the pace steadily. The second, third and fourth kilometres all went by in 2:59.

Celia Sullohern was again the stand-out Australian, taking fifth in 15:34.73 after a battle up the straight with Eilish McColgan. Eloise Wellings was eighth and Madeline Hills tenth.

Manangoi was always a likely candidate to be the man with the golden gun. He won the world championships last year, defeating teammate Timothy Cheruiyot.

Again it was Cheruiyot who did the leading for a bit part of the race, but again it was Manangoi who came home first.

The first lap started briskly before slowing, as 1500s so often do. Through most of it, Luke Mathews showed the way, raising hopes that his tired run in the heats the morning after his 800 bronze might have been an aberration. Soon it became clear it was not.

Cheruiyot took the lead as the pace quickened to a 59 second lap and a 56.06 third. Most of the field were still in the hunt at the bell, but a 52.07 final lap saw Manangoi home in 3:34.78, pretty impressive off the muddling first 800 metres.

Jordan Williamsz, who ran so competently and confidently to make the semi-finals at the world championships, was best of the Australians, finishing sixth in 3:38.34. Ryan Gregson, who had looked in the hunt for the medals most of the way, faded to ninth place in the final lap and Mathews, never in it after the early stages, finished 12th and last.

Again, the medals were harder to come by on the final day than they had been mid-week. But the trend of most members of the team competing strongly was maintained right to the end.

Hamish Peacock improved one place from Glasgow to take the silver medal in the javelin. Nicola McDermott had just one miss up to a personal best 1.91 in the high jump to take the bronze medal on countback from Canada’s Alyxandria Treasure.

The men’s 4×100 relay came in fourth, just 0.23 seconds behind the bronze medallist, Jamaica and the women’s 4×400 came in fifth. Things can always be better, but it has been a pretty impressive showing from Australia in the stadium.

Let’s hope there’s more to come in the marathons.