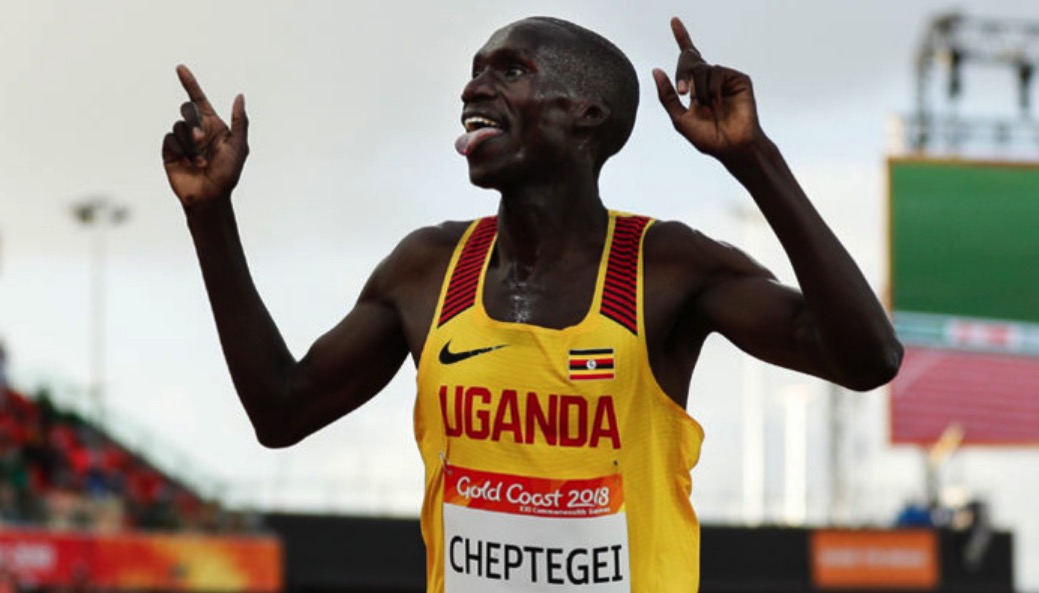 It’s getting harder to write new things about Joshua Cheptegei.

When he won the 5000 metres at the Commonwealth Games last Sunday, it was easy to dwell on the development of the young man who had crashed and burned in the last lap of the world cross-country in Kampala at the start of 2017, handing victory to Kenya’s Geoffrey Kamworor (who scarcely needs such help).

Now, he has come back to win an epic battle with Mo Ahmed to win the 10,000 and complete a distance double, the second by a Uganda distance running in the past three editions of the Games.

Cheptegei ran 2:58 for the last three laps, 2:26.45 for the last kilometre, to win a late race battle with Ahmed for the second time in a week. In the 5000, it was more Ahmed trying to chase Cheptegei down, and failing; this time it was the Canadian who went first but still could not quite hold on. He beat the track in frustration after he finished.

It is thus entirely fair to say that Cheptegei may be in the box seat to succeed Mo Farah at the top of world distance running. He is fast enough to win at the finish, strong enough to draw the kick from the few who might beat him in a sprint. We might have seen the last of Mo on the track, but perhaps not the last of his tactic of leading and controlling the race in the latter stages.

It was a disappointing 10,000 for Australian hopes, David McNeill was unable to take his place in the field, Stewart McSweyn and Patrick Tiernan finished well back. The only significant trans-Tasman involvement came when Jake Robertson initiated the end game with an injection of pace after 7000 metres.

Things have got a little better for Kenya as the Games have rolled along, but this was another win to Uganda, who are now a genuine contender for world distance bragging rights with Kenya and Ethiopia.

Yet one of the seemingly immutable laws of world athletics – and a certainty of Commonwealth athletics – is that Kenya will sweep the men’s steeple.

Friday the thirteenth of April in Carrara stadium again proved to be an ill-omened day for anyone other than a Kenyan steepler. Canada’s Matt Hughes was on for a medal for all but the final 300 metres of the race, still had one hand on a bronze medal with five metres to run.

Inevitably, it slipped from his grasp. Amos Kirui drew level; Hughes dove despairingly, but unavailingly: Kirui took the bronze, Hughes slammed his hand into the track, not at all consoled by the fact it was the closest margin between third and fourth in Games’ history.

The sweep may have been completed by Kirui, but it was orchestrated by world and Olympic champion Conselsus Kipruto. Barely having seen off Hughes himself as he swung into the final straight, Kipruto turned conductor, gesturing to Abraham Kibiwott and Kirui to follow him home.

It was the sixth straight sweep by Kenya since Kuala Lumpur in 1998. The last non-Kenyan medallist was Graeme Fell for Canada in 1994. Kenya took the gold and silver then, as they did in 1990. The last non-Kenya winner of the race, excluding 1986 when there was an African boycott, is Tony Manning of Australia in 1970, when he beat a field including Ben Jipcho and world record holder Kerry O’Brien.

Seems like there might be a greater chance death and taxes are not certain than a non-Kenyan has of winning a Commonwealth steeple medal.

After the golden glories of the previous two nights, it was a more subdued day for Australia. But Nina Kennedy took a bronze medal in the women’s pole vault, suggesting she is rapidly acquiring the championship experience to produce when it counts, Matt Denny was fourth in the discus and Michelle Jenneke and Brianna Beahan fourth and fifth in the 100 hurdles.

Ryan Gregson was safely through in the men’s 1500 heats and Luke Mathews and Jordan Williamsz somehow got through as fastest non-automatics.

No, I don’t now how they did it either, but I’ll sure be pleased to see them on Saturday afternoon.