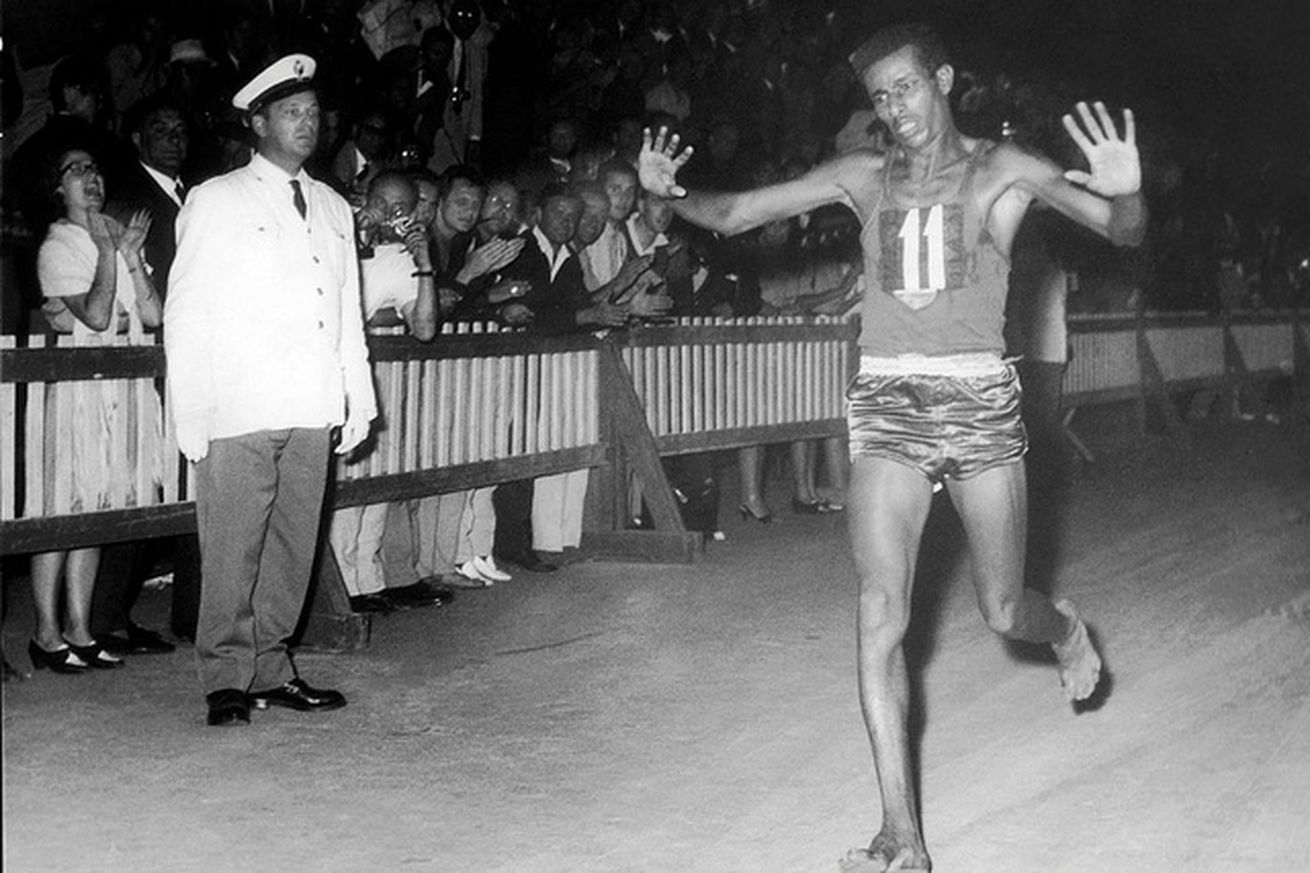 Next year’s world championships in Doha will feature another Breaking 2 event.

Not two hours this time, but two days. To ameliorate the brutally hot conditions of a Persian Gulf summer, the two marathons will start at midnight.

OK, that’s actually not two separate days. But following the colloquial interpretation of ‘daytime’ as that period when you are awake and, correspondingly, night-time as either the right time to be with the one you love or, failing that, sleeping soundly in your bed, two days it is.

Anyway, those competing in the marathons will be warming up one day, running the next, while spectators will also have to commit to a two-day experience.

There will be no such equivocation about the road walks. Both the 50km and 20km road walks will start at 11:30pm, meaning contestants will certainly be competing over two days.

In any case, the marathons will be unique. Creatively defining midnight as neither one day nor the other, they will be the only marathons I can think of to start on one day and finish the next.

My good friend Brian Lenton had his own stab at this some 40 years ago – surely a man ahead of his time – with Canberra’s National Capital Do It Yourself Nocturnal Marathon (NCDIYNM).

The Nocturnal, as it was known, started at 9pm and was self-catering. Held on a 1-mile out and 1-mile back loop along the bike path starting near the High Court on Lake Burley Griffin, it featured (if that is the right word) no refreshments, no sponges, no lap counters, no split-times, no toilets, no changing facilities: in short, absolutely none of the services taken for granted even back then.

Now Brian’s vision (assuming he did not suffer from nyctalopia*) is to be recognised at a world championships. Let us all hope that the Nocturnal’s finishing rate (usually around 10 percent) is not duplicated.

The late-night/early-morning format for the road events is just one of several innovations for what will be the hottest version of the world championships since Seville in 1999.

As reported in Athletics International, there will be no morning sessions, evening sessions will split with a one-hour interval to combine entertainment and family-centred activities (?????? – LJ) and the marathons along Doha’s iconic Corniche will start at midnight.

“The championships concluded with a 4×400 mixed relay, held for the first time ahead of its Olympic debut in Tokyo 2020, and there will be dedicated slots in the timetable to allow full focus on the final stages of field events . . . the colour of the Mondotrack WS surface will be pink.”

With the final event of each session starting as late as 11:20pm, and that on the same night as the women’s 20km walk, it might pay to confirm that your accommodation has black-out curtains: there will be a fair bit of sleeping done during daylight hours.

The finish of the road events will evoke one of the greatest Olympic memories – that of Abebe Bikila and Rhadi Ben Abdesselam duelling out the final stages of the marathon along Rome’s ancient Appian Way. Bikila won that battle by 25 seconds in a world best 2:15:17.

A more pertinent point will be whether the midnight start does much to ameliorate the conditions. I’ve run around the Corniche while in Doha for the 2010 world indoors, and it was considerably cooler on the waterfront at night. But that was in March, at the end of what passes for winter in the Gulf.

The world championships will run from 27 September to 6 October. The women’s marathon is on the first day, the men’s and women’s 50km walks on 28 September and the women’s 20k on 29 September. The men’s 20km and the marathon are on the fourth and fifth of October, respectively.

Average temperatures in Doha in September are 40 (maximum) and 28 (minimum), dropping all of three degrees in October. A little earlier, I referenced Seville 1999, where the marathons also ran into the evening (albeit several hours earlier than Doha).

Average maximum and minimum temperatures in Seville were cooler – just – at 35 and 20 degrees. But it was still darned hot, the roads and the surrounding buildings absorbing heat all through the hours of sunlight and then slowly releasing it after sunset. There was a digital display showing the temperature just outside the team hotel. It read between the high 30s and low 40s all day every day. At first we thought it was defective: after a few days in the swelter we were convinced it was accurate.

Something similar will apply in Doha, with the added effect of the road’s being next to a large body of water and perhaps a cooling breeze. Whether that will be enough to temper otherwise extreme conditions remains to be seen. Let’s hope it is.

*To quote the late, great Spike Milligan, “look it up for yourself. I did.”