Home A Column By Len Johnson A rendezvous for the city’s glitterati, jet-setters and wannabes 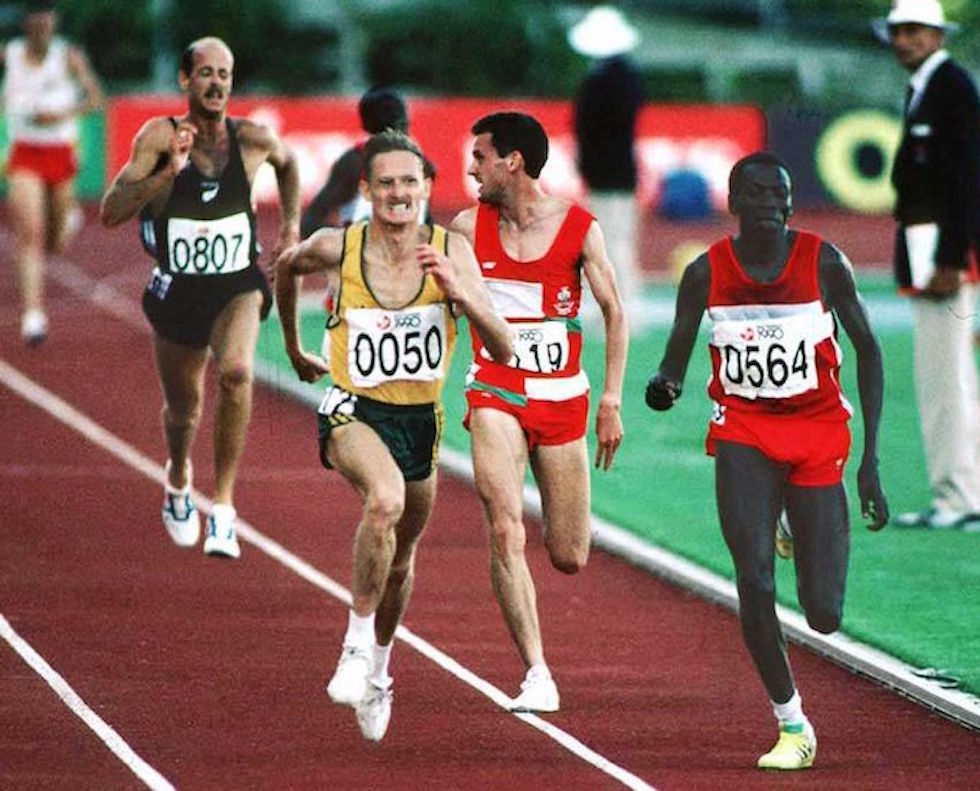 Two things surprised me at my first Commonwealth Games as a journalist in Auckland in 1990.

The first, Andrew Lloyd’s victory in an amazing 5000 metres race, still surprises me to this day. I don’t know if ‘Lloydie’ still sometimes wonders if it was all a dream, but I do.

The second surprise is one I’ve just discovered on looking up the hotel where The Age team stayed back in January 1990. According to the New Zealand Herald article my search engine turned up, the White Heron hotel, in Parnell’s plush St Stephen’s Avenue, was “an Auckland icon from the 60s to the 80s, a rendezvous for the city’s glitterati, jet-setters and wannabes.”

I’m not quite sure into which of those three categories I would place The Age/SMH team who stayed at the White Heron back then. We did come by jet, even if we were no jet-setters. Perhaps wannabes; but glitterati, definitely not.

In any case, we can’t go back, because the White Heron is no longer there. The article I found was one chronicling its history on the demolition of the hotel back in 2001.

I shared a room with Pat Clohessy. We had a floor sleeper one night, too, one of Australian PM Bob Hawke’s advisers (there was a Commonwealth heads of government meeting on) who was also a track and field nut.

Pat’s presence was invaluable. Auckland then was a city far more dedicated to a good night’s sleep than it is now. Hardly any place stayed open past 10pm. Often I would ring Pat on my way back to the hotel and he would order room service for dinner.

This mode of operation was repeated when the athletics got under way at Mt Smart stadium. There was just one Chinese restaurant within reach of the stadium that was prepared to stay open late, but even they wouldn’t seat us past 10pm. The early finishers would be the advance party, keeping the table open for the rest of us a little later.

Olympic and Commonwealth Games cycles don’t lend themselves as readily to anniversaries as annual events. Four years might be just the right time for an Olympiad, but it allows only every second 10, 20, 30-year landmark anniversary and makes no allowance for five, 25 or 75. But when I was asked to do a piece on Lloyd’s gold medal win, it seemed an appropriate time to look back on Commonwealth Games past.

Auckland was special. It was the Games of Lloyd, but also of John Walker, who ran his last race there, and Sebastian Coe, ditto. Walker ran into the back of Pat Scammell in the 1500 metres final and fell. Coe was sixth in the 800 and did not run the 1500.

‘Lloydie’ was not the only surprise winner. The little-known Sammy Tirop upset more-fancied teammate Nixon Kiprotich in the 800. It was his first trip outside Kenya. Why was that, I asked. Because he had always come fourth or fifth in the national title, he explained, and only the top three made it outside Kenya to compete.

Lisa Ondieki raced to a solo win in the women’s marathon, her 2:25:28 bettering her own Games record. Steve Moneghetti controlled the second half of the men’s event but was just pipped by old nemesis Douglas Wakiihuri, 2:10:27 to 2:10:34. Angela Chalmers won a high-class women’s 3000 from Yvonne Murray and Liz McColgan, then made it a double with the 1500.

Lots of happy memories, then, the White Heron not the least of them.

Auckland was the start of a string of seven consecutive Commonwealth Games for me. I covered Victoria 1994, Kuala Lumpur 1998, Manchester 2002 and Melbourne 2006 for The Age, worked for the Games News Service in Delhi in 2010 and was a member of the Australian team media unit in Glasgow in 2014.

In most of those Games I thought I worked long hours and hard. But I didn’t really find out what hard work meant until the two most recent assignments. Logistical problems with the results service in Delhi meant doing event preview and reviews for each of the 46 events on my own.

Garry Hill, editor of Track & Field News was doing the announcing and I congratulated him one night on keeping us all going. His reading of the results was the only way we were getting them. I shared the back row of the media seats with various Australian team officials, who, thankfully, did some of the transcribing for me.

Glasgow was an even higher gear, on the go from breakfast until 3am the next morning, with (very) limited down-time between. The pay-off was getting to experience the triumphs and disasters up close.

Glasgow also brought one of the most bizarre experiences, that of standing in ankle-deep water as a torrential downpour flooded the hockey pitch after the men’s gold medal match. Fortunately, a wise venue media manager suggested we move into the VIP area of the grandstand to finish off the formalities. No such luck for the presentations which saw one of the minor royals drenched to the bone in the line of ceremonial duty.

Each of those Games had their great moments – Freeman’s 200/400 double and Steve Moneghetti’s marathon win in Victoria in 1994, for example. But if I had to pick my three favourite Commonwealth moments I would probably go for Andrew Lloyd’s win and Kerryn McCann’s two marathon victories, leading in a clean sweep in Manchester ahead of Krishna Stanton and Jackie Fairweather, then that wonderful triumph on the MCG in Melbourne four years later. 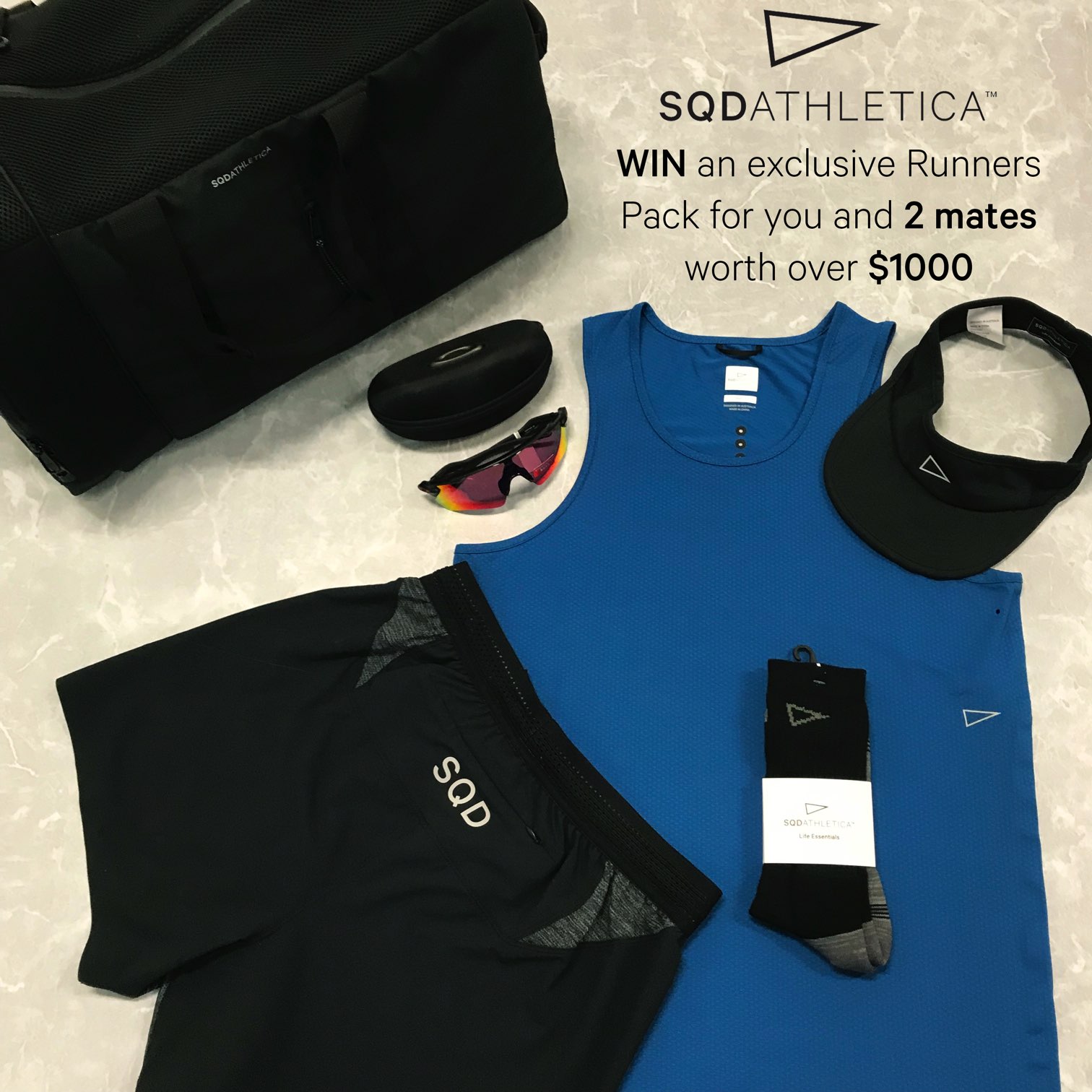 Len Johnson has been the long-time lead columnist on RT and is one of the world’s most respected athletic writers.