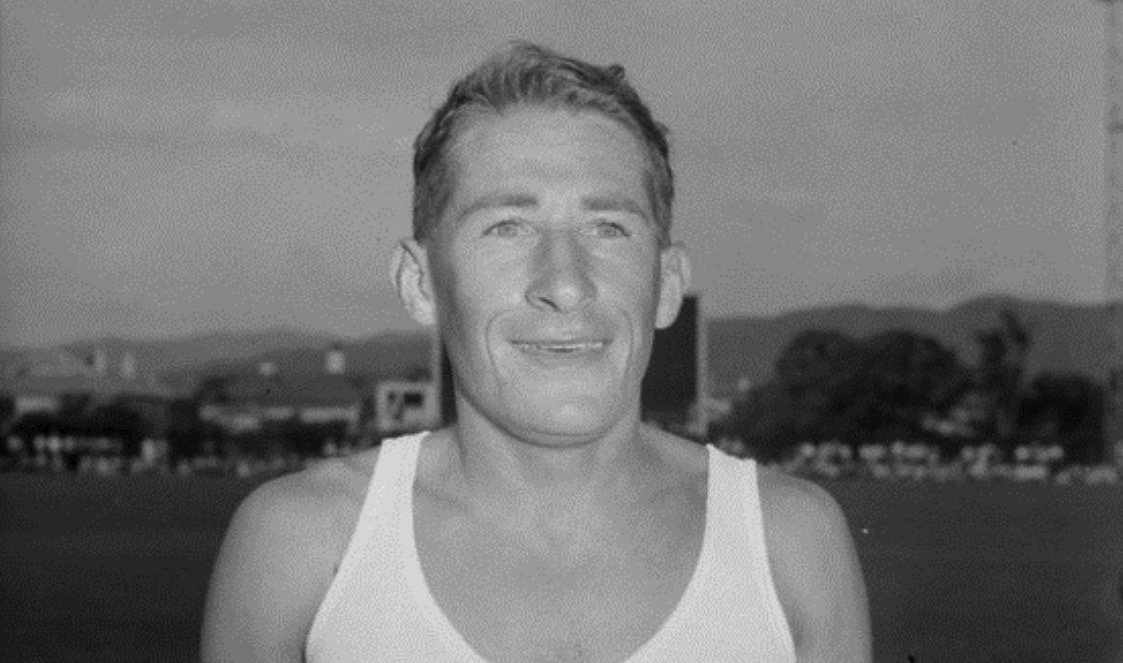 It was once said of the architect Christopher Wren, “if you seek his monument, look around.” Wren’s monuments were the buildings he designed.

Similarly, you could say of Bill Baillie, who died on Christmas Day, aged 84, “if you want to know what sort of runner he was, ask around.”

Baillie went to four Commonwealth Games, without winning a medal. His best championship result was sixth in the Tokyo Olympic 5000 metres. It was the only Olympic team he made. But he was a witness to history, while also making a little bit of his own.

Baillie was one of the original Lydiard Boys, the group from West Auckland who helped establish Arthur’s reputation as one of the most influential distance coaches ever. But he never reached the heights of three-time Olympic champion Peter Snell and Rome Olympic 5000 gold medallist Murray Halberg, nor even the Olympic bronze medals of Barry Magee and John Davies.

He ran in the Vancouver Miracle Mile, finishing seventh as Roger Bannister out-raced John Landy, history’s only two sub-four minute milers (to that stage) both breaking four minutes in what remains one of the greatest championship races. And he played a supporting actor’s role as Lydiard’s troupe toured Europe and North America.

Indeed, Baillie’s most significant achievement – his world records for 20,000 metres and the hour run – was motivated precisely by his own sense that he had not done much at all.

“I’d missed the 1956 and 1960 Olympic Games and hadn’t got an Olympic medal so the next best thing was a world record so I set myself for this and I looked in the record books and Zatopek still held two world records and they’d been there for 12 years,” recalled Baillie at a commemoration event for the 50th anniversary of his famous feat in 2013.

“Zatopek was possibly the world’s greatest distance runner in this last century and I thought ‘Bill you’ve got to have a go at those and that was it’. I marked down the date of Saturday, 24 August and worked back from that date in my training. I knew I was going to go out and do it that day.”

“That day” was probably a rare time when the wider public knew Bill Baillie was a champion runner, but his peers were never in any doubt. His versatility – he competed in the 880 yards at the Vancouver Games, finishing fourth, and ran 2:20:13 for the marathon at a time that was truly world-class – and competitive spirit made him a formidable competitor whenever he toed the line. His Olympic sixth demonstrated that: ahead of him were Bob Schul, Harald Norpoth, Bill Dellinger, Michel Jazy and Kip Keino, 2.2 seconds covering the first six. Behind him came Ron Clarke.

The Tokyo result largely earned Baillie his one and only top-10 world ranking. Track & Field News ranked him fifth in the 5000 that year.

One of the anomalies of this year’s rankings was the number one ranking for 18-year-old Selemon Barega. On one hand, this was an easy choice given his win in the Diamond League final in Brussels in 12:43.02, the fastest time in the world for 13 years. On the other hand, the Ethiopian teen ran two championships for the year and won neither, finishing fourth in both the World U20 and African champs. Has there ever been an event in which the world number one was beaten for a world junior title? If there has, will there ever be another?

Australia had an average year with eight athletes earning a top-10 ranking. Highlight was Danni Stevens, who ranked in the top-10 in the discus for an eleventh straight year. An abbreviated season, which virtually stopped after the Commonwealth Games, meant that she ranked no higher than seventh, but her 68.26 metres on the Gold Coast put her second on the 20118 performers’ list behind only Croatia’s Sandra Perkovic. If my records are correct, Stevens has now ranked in the top 10 consecutively for more years than any other Australian athlete. She was tied with Pam Ryan, who ranked 10 years straight in the sprint hurdles.

Brandon Starc and Claire Tallent shared the highest ranking. Starc was third in the men’s high jump, his season highlighted by late wins at the high-jump only competition in Eberstadt and the Diamond League final. Tallent was ranked third in the women’s 50km walk after her bronze medal at the World Race Walking Team championships.

Long jump provided rankers in both the men’s and women’s event. Henry Frayne was fourth in the long jump, Brooke Stratton fifth. Javelin was the only other event to have two top-ten rankers, both in the women’s event. Kathryn Mitchell, who did not compete after Commonwealths, nonetheless topped the world list at 68.92 metres. That was enough to give her fifth spot, with Gold Coast silver medallist Kelsey Barber getting seventh spot.

Kurtis Marschall continued his rise in the pole vault, winning on the Gold Coast and then improving his PB to 5.86 in Zurich later in the year. He ranked sixth in the event, his second straight year in the top-10.