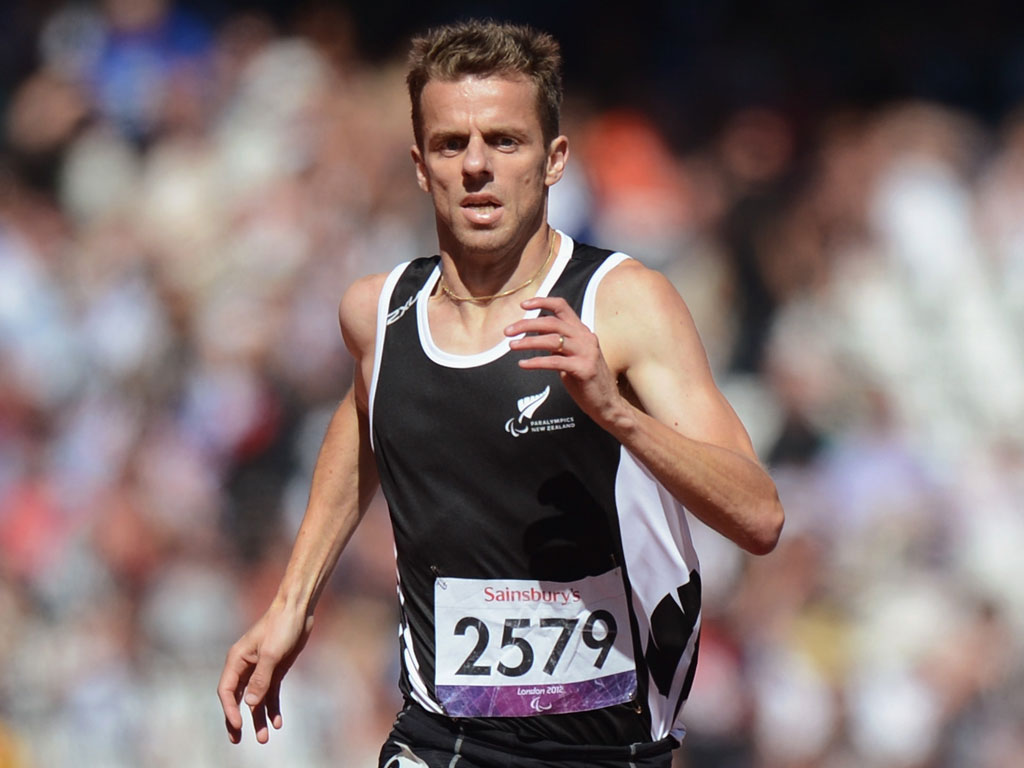 Facebook
Twitter
Pinterest
More than 70 of the world’s finest para-athletics marathon racers will be in action at the 2016 Virgin Money London Marathon on Sunday 24 April as the IPC Athletics Marathon World Cup returns to the streets of the British capital.
Four reigning marathon world champions plus five previous World Cup winners will be among the starters in the seven races that make up the third edition of the IPC Athletics Marathon World Cup.
Among those past London winners hoping to taste victory again this year are Aniceto dos Santos of Brazil who cut more than nine minutes from his personal best to take gold in the T13 race for visually impaired runners 12 months ago, and US wheelchair racer Raymond Martin who turned the tables on Spaniard Santiago Sanz in the T51/52 event.
Martin won four Paralympic titles on the track in 2012, and has eight world golds to his name from 2013 and 2015. But Sanz will be back too, seeking revenge as he defends the World Cup title he won by two minutes ahead of Martin two years ago.
Italy’s 2013 world champion Alessandro di Lello is looking to regain the T45/46 title he won at the inaugural edition after finishing second in 2014 and third at the World Championships last year.
Dos Santos faces London-based New Zealander Tim Prendergast, the 2004 Paralympic 800m champion who shaved more than a minute from his personal best to bag a bronze in the 2015 T13 event.
Gabriel Macchi of Portugal, the 2013 and 2014 bronze medallist, could be favourite in the the T11/12 event, the other race for visually impaired athletes. Japan’s world number five Yutaka Kumagai and Colombia’s London 2012 silver medallist Elkin Alonso Serna Moreno are likely to provide the main opposition.
The women’s T11/12 race features two very strong Japanese runners in Misato Michishita and Mihoko Nishijima who were third and fifth respectively last year after winning World Cup silver and bronze in 2014. Germany’s Regina Vollbrecht also returns to London after clocking a T11 world record of 3:26:18 to finish seventh in 2015.
Britain’s hopes rest with Derek Rae in the T45/46 event for arm amputees and former wheelchair rugby player Rob Smith in the T51/52 race.
Rae, a former joiner from Scotland, who lost his arm in a motorocycle accident six years ago, took four minutes from his PB to finish fifth at the World Championships last year, while Smith, a multiple British record holder, took World Cup bronze in 2014 and was fourth at the World Championships in 2015.
No fewer than 13 medallists from the 2015 Marathon World Championship will be in action, including all six podium finishers from the London Marathon’s traditional T53/54 wheelchair races, which are again part of the IPC Athletics World Cup event.
Virgin Money London Marathon Event Director Hugh Brasher welcomed the return of the IPC Athletics Marathon World Cup in 2016. “After the success of IPC Athletics Marathon World Championships here last year, we are delighted to host the third edition of the World Cup, which will again feature many of the world’s top para-athletes as they pursue London Marathon glory ahead of this September’s Paralympic Games in Rio and next year’s IPC Athletics World Championships in London.”
No fewer than five world records fell in the first two editions of the World Cup while four were broken in the World Championship races a year ago, and more could well be under threat in 2016.
IPC Athletics World Records set at the Virgin Money London Marathon
Men