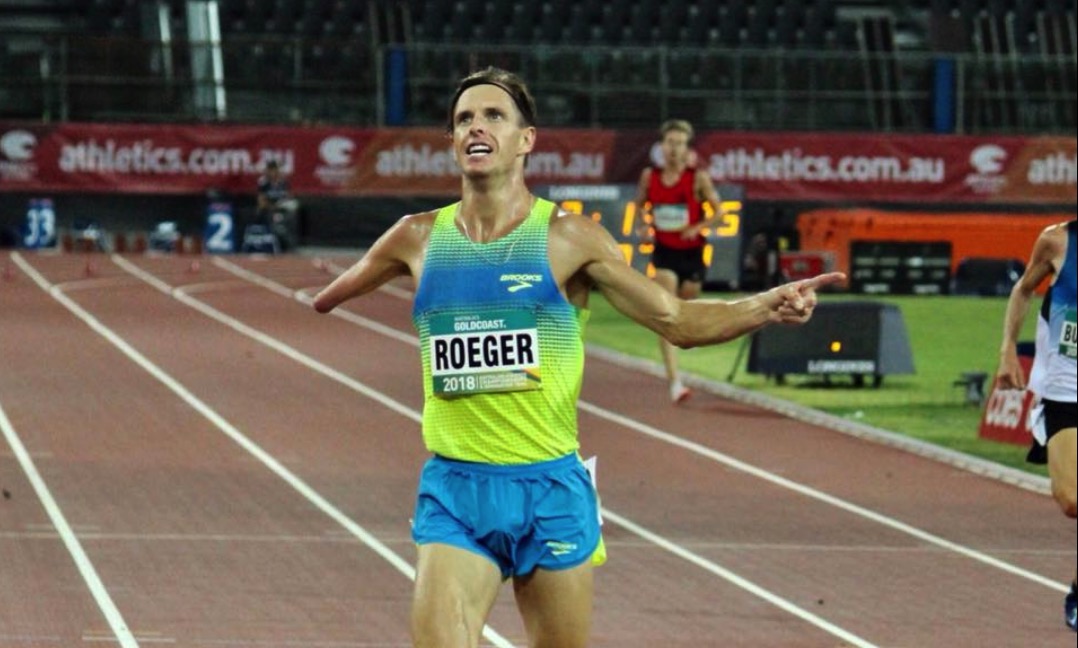 Members of Australia’s Commonwealth Games athletics team made the most of the competition as part of their final preparations for Gold Coast 2018 at Saturday night’s Sydney Grand Prix.

Following on from another thrilling day of performances at the 2018 Australian Junior Athletics Championships, more records would tumble under lights.

3:37.96 FTW tonight @ the Sydney Grand Prix. Got some more work in at the practice track afterwards. All in all, had a great stay in Sydney. Big thx to the Burren’s, @edgoddard3k & his family for the great hospitality. Next up ➡ Brisbane for a couple more races

Eighteen-year-old Clifford who is vision-impaired and classified as a T12, had already raced two 1500m events in qualifying and the final during the junior championships, winning gold on Friday. Just over 24 hours after that effort, Clifford not only broke the world record, posting a time of 3:45.18 – but he also qualified for the IAAF U20 World Championships in Finland later in the year. Clifford’s time improves upon that of Tunisia’s Abderrahim Zhiou who set a time of 3:48.31 at the London Paralympic Games.

“I never expected a national championship gold medal, I never expected to run a world record and a world junior qualifier in the last 30 hours. I can’t believe it,” said Clifford. “To do it with my training partner Michael Roeger and to both be breaking world records in the same race, that is so special.”

“I did not expect that at all, really,” said Day. “I knew Dina would come out really fast. I lost my composure a little bit at the start, seeing her get out there so fast…”

Day followed later in the night with victory in the 200m over Sri Lanka’s Rumeshika Rathnayake and Anneliese Rubie (NSW). Day ran 23.39 (w0.1) and felt that the Sydney Grand Prix had been a positive experience ahead of her Commonwealth Games debut next month.

“I’m very grateful that [Asher-Smith] ran tonight as well as the Sri Lankan. They gave me really good competition. I love it. I don’t want to go out there and have an easy race. I want that tough competition, always.”

Day will next hit out with the Australian women’s 4x100m team on Thursday night in Brisbane at the Summer of Athletics Grand Prix.

In the discus, Dani Stevens’ (NSW) third throw of the night proved to be her best, with rival and occasional training partner Jade Lally (GBr) next best with her final throw of 59.11m.

“It didn’t feel great and the discus bowled over so to go that far is good,” Stevens explained.

Linden Hall’s great form continued after her national 1500m title win a month ago. Victorian Hall set a new personal best in the 3000m of 8:53.27 in a barnstorming run, 10 seconds ahead of nearest rival, Katrina Robinson (Qld).

“I felt out the first 200m and I was like, ‘nah this is slow, I don’t want to waste my time,’ there was nothing really on the line tonight,” Hall said.

“I didn’t want to waste the opportunity being up here; fast track, great weather… I just wanted to make the most of it.”

Bendere Oboya (NSW) was also impressive in her victory in the 400m over Morgan Mitchell (Vic). Oboya, 17, hit her stride on the final bend before overtaking Mitchell down the home straight to claim the win in 52.33, saying she was acquiring knowledge with every race.

In the men’s sprints, Devon Allen (USA) claimed the win over 100m in 10.26 (w0.0) from Joseph Millar (NZ) and Alex Hartmann (Qld) who both finished on 10.46. Five-time Paralympic gold medallist and reigning world champion Evan O’Hanlon clocked 11.21 in the lead up to what will be his final Commonwealth Games, a time that ranks him ahead of his rivals for the gold medal next month.

Tasmania’s Hamish Peacock took out the men’s javelin with a throw of 77.78m while Australian record-hold Kathryn Mitchell withdrew mid-way through competition with a sore foot as a precautionary measure.

In the long jump, Brooke Stratton (Vic) showed signs that she was on her way back to her best after injury late last year. Stratton leaped to 6.74m (w0.5) on her last attempt of the night, finishing ahead of Naa Anang (Qld) with 6.29m (0.0).

“I’m stoked,” Stratton said. “It’s just great to get a reasonable distance out. I’ve been coming back from an injury so it’s definitely a big confidence boost, especially this close to the Games.”