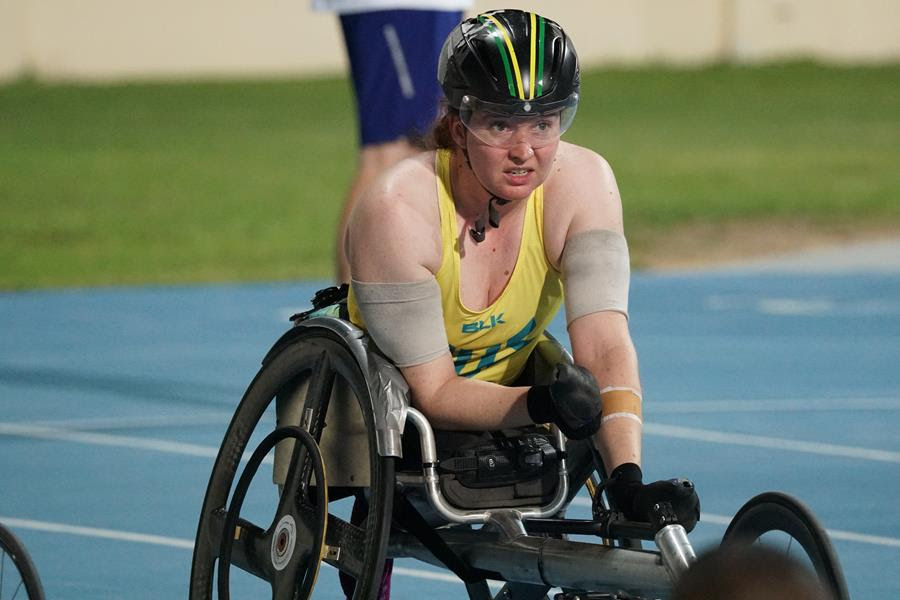 Ault-Connell is making a comeback at the world championships after 16 years. Her last campaign was 2002 in Lille. She competed at the 2006 Commonwealth Games in Melbourne before leaving the sport in 2008 to start a family.

Ballard is after lucky medal No.13 in her world championships collection. A silver medallist at the 2017 world titles in London, the 37-year-old has a wealth of international experience.

“Angie is a great resource for the team, especially for the younger guys coming up,” said coach and former Paralympian Fred Periac, who also mentors Ault-Connell.

“Eliza, like Angie, is also a good lesson for the newer team members as she’s made a comeback through her talent and big love for the sport.”

There are five teenagers among the 34-member Australian team competing over nine days (November 7-15).

Bailey, 22, has come under the guidance of leading wheelchair track and road coach Andrew Dawes, who coached Kurt Fearnley to world, Paralympic and Commonwealth success. It is Bailey’s maiden appearance in an Australian team.

“I just want Luke to get out there and enjoy it really. He’s worked hard and while he might be a bit nervous, he has enormous potential,” Dawes said. “This is the first step in a number of world championships for him in the future.”

The pair came together just under two years ago, but they first met in 2010 when Fearnley spotted Bailey and put him in a race chair.

“Luke’s got the same (spinal cord) disability as Kurt and it’s quite rare. He met Kurt when he was about 12 years-old and said even back then that his goal was get to the Tokyo Paralympics. He’s had a fairly rough ride but he’s a tough little bugger and I’m expecting him to do well.”

The evening session has middle distance runners Jaryd Clifford (T13 1500m) and MIchael Roeger (T46 1500m) competing in straight finals, which could bring the first medals for the Australian team.

Clifford took bronze in this event at the 2017 Worlds in London, while Roeger was the Rio Paralympic Games bronze medallist in 2016.

Both men hold the 1500m world records in their respective classes – Clifford took it in July this year; Roeger back in February 2017.

Their coach Philo Saunders says the 31 degree average day-time heat for Dubai in November will not be a stumbling block for runners.

“Conditions were actually better than I thought they’d be with quite low humidity. Everyone has been feeling pretty good training during the day and at night,” Saunders said.

“We also did a lot of heat work in camp in Barcelona before we came.

“It’s a world championships so there will always nerves and expectations you place on yourself but they’re ready as they can be,” he added.

“Jaryd and Michael are in the shape of their lives, and are both world record holders in this event so I’m looking forward to seeing what they can do.”