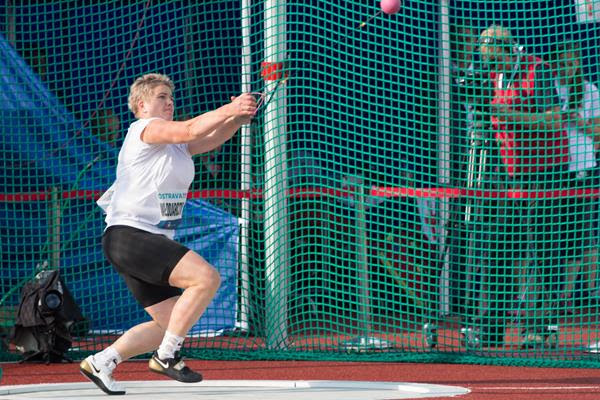 For the fifth time in the history of the IAAF Hammer Throw Challenge, a Polish duo topped the end-of-year standings. On the women’s side, world champion and world record holder Anita Wlodarczyk won for the sixth time while compatriot Wojciech Nowicki won his first title, unseating compatriot Pawel Fajdek.

The scoring system takes each athlete’s three best marks from the series and equates metres to points. Prize money is awarded to the top 12 finishers at the end of the challenge. The athlete with the highest score wins US $30,000. In order to be ranked and earn prize money, an athlete must have taken part in a minimum of three meetings.

Hungary’s Bence Halasz was third with 232.46 with Dilshod Nazarov of Tajikistan, the Olympic champion, finishing fourth with 230.55.

Wlodarczyk, a two-time Olympic and four-time European champion, scored 228.12 points to top Gwen Berry of the US who collected 223.31. Berry, 29, beat the Pole for the first time in eight career meetings at the Kusocinski Memorial in Chorzow on 8 June with a 77.78m effort, a lifetime best and the fifth farthest throw in the world this year.

Poland’s Joanna Fiodorow finished third, edging Alexandra Tavernier of France by less than a metre, 222.03 to 221.44. Malwina Kopron, another Pole, rounded out the top five.