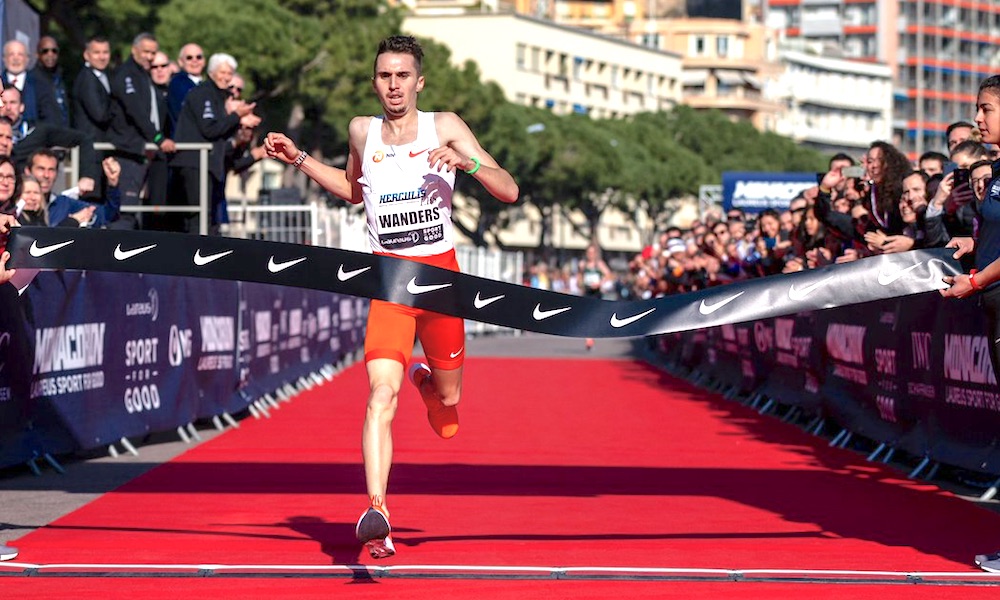 Dutch champion Sifan Hassan and Swiss contender Julien Wanders set new world 5km records* within minutes of each other during the Herculis 5km race along the Monaco coastline on Sunday (17).

Both athletes had set themselves for attempts on the newly-established 5km road standards and they duly delivered on a picture-perfect winter day in Monaco.

The European 5000m champion surged to the front of the field behind the pace-makers, gapping the rest of the field by the time she reached the end of the port. She returned alone to cross the finish line in 14:44, bettering both the pending women’s-only race world record of 15:48 and the pending mixed race standard of 14:48. Britain’s Laura Weightman finished second in 15:29.

“I really gave up and was just running, but I pushed at the end, I really sprinted the last 200 metres, and I’m so happy. It’s my first world record.”

“When I did the half-marathon last year (she set the European record in Copenhagen last September), that was my 5km best, 15-something. But my training and endurance was good and I thought I could run about 14:45.”

When Wanders crossed the finish line he was unsure if he had done enough to claim his first world record but he was delighted when his official time was confirmed.

“I got two European records and now a world record, my first one, so it’s amazing,’’ Wanders said.

The 22-year-old Kenyan-based runner revealed that he had battled some illness in the days leading into the race and was uncertain if it would detract from his performance.

“I was confident. The only thing was I got flu three days ago so it was a challenge for me, I was not sure,’’ he said.

Both athletes finished their road-racing campaigns today and will now pursue other ambitions for the rest of the year.

“Now I will focus on the track and I hope to do well in Doha (at the IAAF World Athletics Championships in September-October) in the 5000m and 10,000m,’’ Wanders said.

The versatile Hassan, who has put in world-class performances from 1500m to half-marathon, said she would take on the new challenge of contesting the IAAF World Cross Country Championships at Aarhus, Denmark, on 30 March.

“I did European Cross Country a couple of times and I really like it so this year I’m excited to do World Cross Country,’’ she said.

The pending inaugural records – 13:30 by Bernard Kibet on the men’s side and 14:48 by Caroline Kipkurui in the women’s for a mixed race – were set en route at the Birell Prague Grand Prix 10km on 8 September last year.

Nicole Jeffery for the IAAF