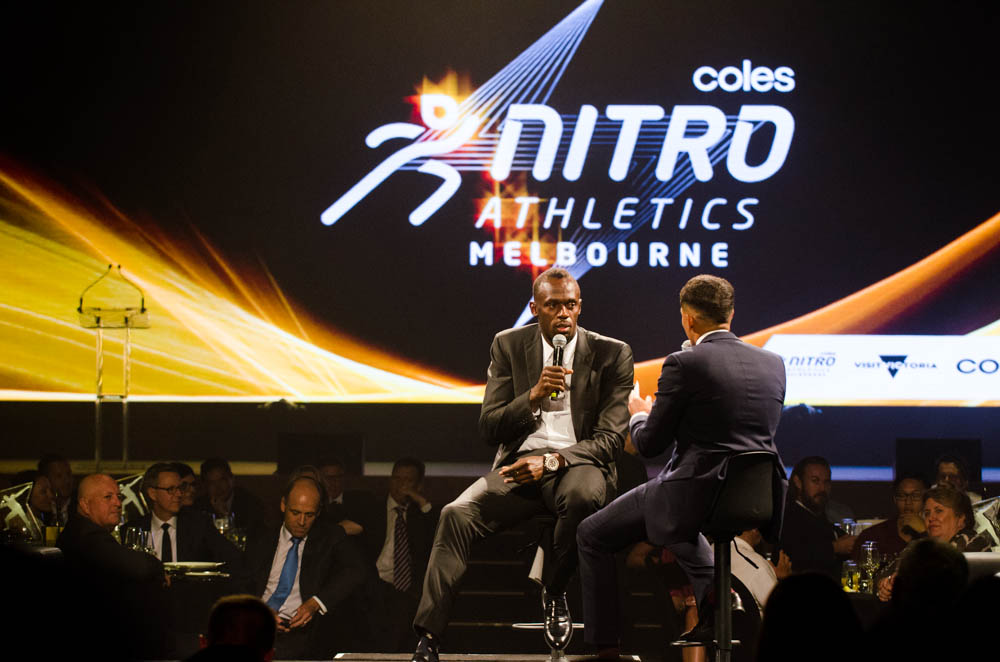 Usain Bolt was a crowd favourite from the moment he stepped onto the gold carpet at tonight’s Coles Nitro Athletics Melbourne Gala Dinner at the Palladium at Crown.

The night was a precursor to the inaugural Coles Nitro Athletics Series in Melbourne is set to bring together the world’s best track and field athletes from Australia, England, China, Japan, New Zealand and the rest of the world this Saturday 4, Thursday 9 and Saturday 11 February.

Naturally, the world’s fastest man provided more than enough entertainment for the more than 700 guests that filled the Palladium at Crown.

“I have a great team so I expect nothing but the best from them,” Bolt said.

“I’m going to tell them to have lots of fun and just go out there and give their best.”

Coles Nitro Athletics Melbourne is supported by the Victorian Government and will be broadcast on Channel 7, 7mate and PLUS7 Live app. 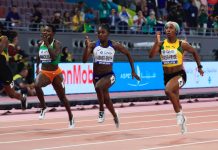 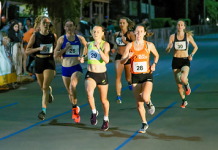