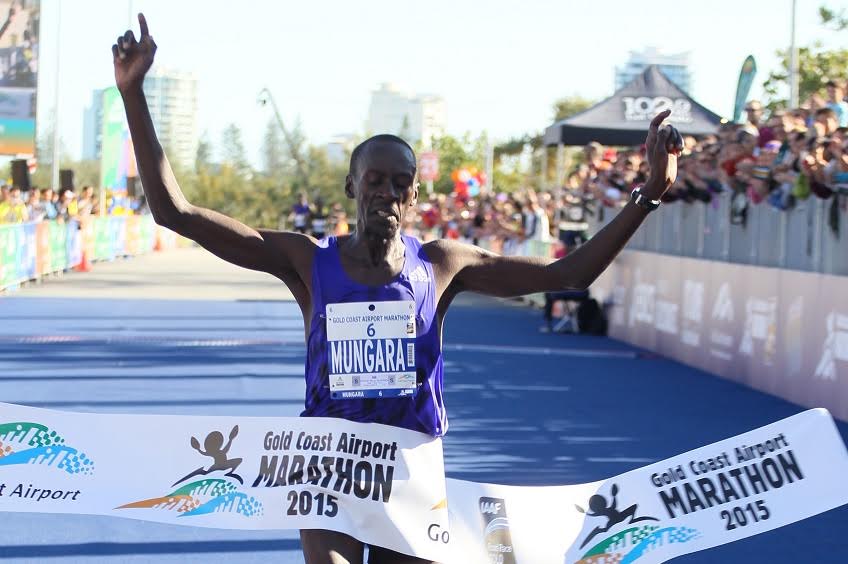 A flat and fast course will provide the stage for the 39th Gold Coast Airport Marathon on Sunday 2 July with one of the strongest elite fields ever assembled to fight out the 42.195km race.

The Gold Coast Airport Marathon has attained an IAAF Road Race Gold Label for the fourth successive year, the highest certification a marathon can be awarded by the world governing body.

The countries of Kenya, Ethiopia, Japan, Eritrea, Netherlands, New Zealand and Australia have runners seeded in the top 10 for the marathon, while Australia holds a very strong hand in the wheelchair marathon.

Events Management Queensland CEO Cameron Hart said the quality of the elite fields is a testament to the event’s growing reputation amongst world marathons.

“I am delighted to announce the elite start list for this year’s Gold Coast Airport Marathon contains six previous winners and dozens more striving to add their name to the honour roll,” Mr Hart said.

“Last year, we witnessed a course record in the women’s race, an epic finish between Kenneth Mungara and Yuki Kawauchi in the men’s race and record-setting wins by Kurt Fearnley and Christie Dawes in the wheelchair marathons.

“This year, with the confirmation of the elite fields, we are sure to see another great renewal of the Gold Coast Airport Marathon with race records under threat once again.”

Fearnley, who is also an ambassador for the Gold Coast 2018 Commonwealth Games, won last year’s wheelchair marathon in a race record of 1:30:18 before going on to win silver at the Rio Paralympic Games in the marathon only one second behind the gold medallist.

Fearnley will be joined on the start line in the men’s race by fellow Aussies two-time race winner Richard Nicholson and four-time paralympian Richard Colman.

The women’s wheelchair marathon will feature a current and a future star of parasports.

Dawes was victorious in last year’s race in a record time of 1:43:45 and, like Fearnley, jetted off to Rio for the Paralympic Games. She placed a credible 7th in the marathon, improving her personal best to1:42:59, and won a silver medal in the 4x400m relay.

The women’s race will also feature 19-year-old Sara Tait from the Gold Coast, taking on only her second full marathon after last year placing a gallant third behind Dawes in 2:20:15.

Tait primarily competes as a paratriathlete and is the current PT1 open world champion for both the triathlon and duathlon.

The Queensland Government is proud to support the 2017 Gold Coast Airport Marathon through Tourism and Events Queensland as part of the It’s Live! in Queensland events calendar.

To enter or for more information visit goldcoastmarathon.com.au.