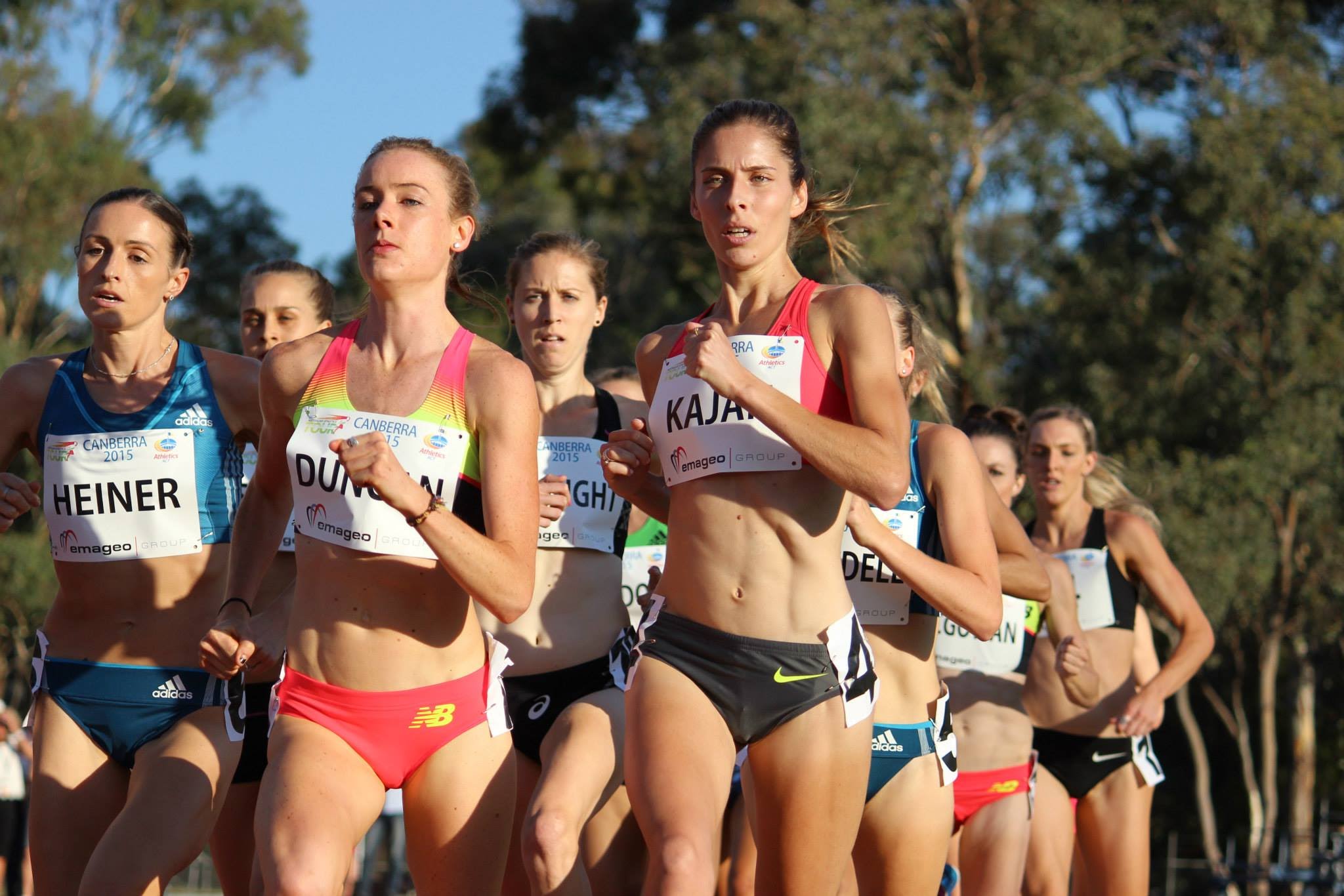 Fascinating battles loom across all three events in The Big Shot & Street Mile events in central Christchurch on Monday’s public holiday, with the Kiwi stars all facing up to tough competition.

The first event will be the Women’s Street Mile, probably the most open field of the day with five genuine contenders, any of whom could take the crown. Local favourite Angie Petty has the highest profile of the athletes, and her 800m pedigree will certainly come into play in the final quarter of the race, but the fastest 1500m runners in the field are Australia’s Melissa Duncan and New Zealand’s Lucy Oliver (nee van Dalen), both with personal bests of 4min05. Australian Genevieve Lacaze finished a whisker behind Duncan over 1500m in Newcastle last week, while Rosa Flanagan beat Oliver to the NZ 3000m title in Wellington a fortnight ago, and the strength of these two steeplechase specialists is likely to ensure that the pace is honest.

Following the always crowd-pleasing children’s races, the Men’s Street Mile then shapes up as a dogfight between the New Zealand 1500m record holder Nick Willis, an Olympic silver medallist and unbeaten in Street Mile events throughout his career, and the Australian 1500m record holder Ryan Gregson, renowned for his devastating sprint finish. However, depending on the tactics, these two may not have it all their own way – if the pace is strong, Australian 5000m champion Brett Robinson will be a force to be reckoned with, and if it comes down to a sprint finish, then four-time New Zealand 800m champion Brad Mathas will certainly be one to watch.

At the conclusion of the Street Mile races, the crowd’s attention will then turn to The Big Shot in the adjacent arena, where statistics would suggest that Tom Walsh’s 21.62m best should be too good for the other contenders. However this is the big Cantabrian’s first competition of the season, and while his home crowd will be right behind him, his opponents will be right there if he shows any sign of rust. Auckland powerhouse Jacko Gill threw just short of 20m in his season-opener in Hastings a few weeks ago, and will be eying up the Rio Olympic standard of 20.50m, while Australian champion Damien Birkinhead was just 19cm behind Walsh with a personal best of 19.80m in this event last year, which he then improved to 20.40m later in the season.

Admission is free to both the Street Mile route and The Big Shot arena. Key vantage points to see the action will be the scenic stretch following the Avon River, around Victoria Square, and also down the finishing stretch in Kilmore St. In the arena for The Big Shot, at the Retro Sports Facility on the Durham/Kilmore corner, custom-built grandstands will see the shotput sector closely surrounded by a vocal crowd again. The event programme and course map are below, for further details go to www.thebigshot.co.nz