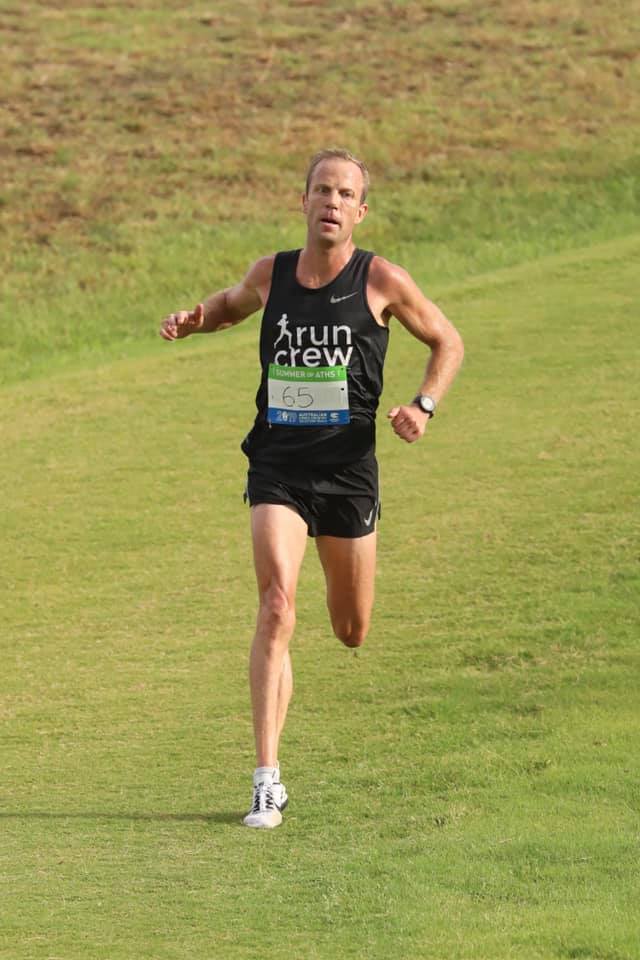 The dual Olympian last raced in Hobart in November when he destroyed the course record for the Point to Pinnacle.  Despite being the fastest ever Australian over the 10,000m distance, victory so far at the Bank of us Run The Bridge has eluded him.

“I’ve finished 2nd (by a whisker, if that) and 3rd – so a win has been elusive. Perhaps this will be my year,” the Sydney-sider said.

Despite his age, St Lawrence is confident of a strong showing.

“I’m getting fit, my form is improving every week. I’m 37 now and was beginning to think that I wouldn’t be able to be very competitive at the top end, but a recent string of un-injured training has seen me start to get some form back, hopefully this can continue and I’ll have another few years of being competitive,” he said.

Asked whether the course record of 28:57 was a threat, with a field that included Olympic finalist Brett Robinson in the field, St Lawrence was shyly optimistic.

“That course record is very solid from Dave McNeil, I’ve run 29:03 on the course, if I can get near that I’ll be happy. I’ll be racing a 1/2 Marathon in Japan three weeks after Hobart, so this will be a great hit-out ahead of that,” said the man with a road 10km PB of 28:37.

St Lawrence pointed out the scenic nature of the course was a huge appeal to racing in the 10th edition of the Bank of us Run The Bridge.

“The course is great, after a hilly first 5k you can really get rolling and run a massive negative split. Salamanca is a fantastic place to finish a race. The field looks very strong, so I’ll just be getting out there and racing hard to try to take down as many of the opposition as I can,” he declared.

St Lawrence’s fiancé Katie Conlon will also travel for the race.  The American distance runner has a personal best over 10km of 36minutes 34seconds and in 2014 clocked 2:47:28 in the New York Marathon.

Used to running together, St Lawrence will have to give Conlon a 3minutes 44second headstart with the Battle of the Sexes concept in play for the fourth time.

The Bank of us Run The Bridge is on Sunday 17th February in Hobart and includes the following events;

Entries are open online at hobartrunthebridge.com.au.