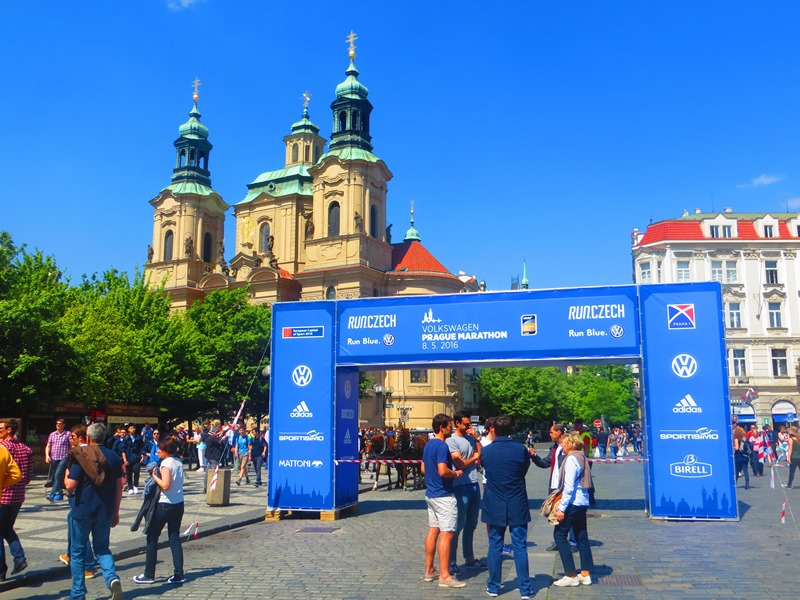 PRAGUE (07-May) — In advance of tomorrow’s Volkswagen Prague Marathon, Race Results Weekly has detailed ten storylines to watch out for come the race’s 22nd edition. Approximately 10,600 runners are expected to take part, including athletes from 101 countries. The race begins at 9:00 a.m. local time (3:00 a.m. ET), and RRW will provide exclusive coverage from the event.

1) Defending Champion: Felix Kandie will try to retain his title, running for another victory on the streets of Prague. In 2015, Kandie won with a mark of 2:08:32, which was then a personal best (since improved to 2:07:07). He has spoken of running 2:06 or possibly 2:05 here this weekend, so we assume he will go with the pacemakers from the gun. No man has repeated as champion in race history. “Based on past performances, with hard work a time of 2:05 is possible [in Prague]. I will try and see what I can get for a time,” Kandie said on Thursday.

2) Women’s Race Up For Grabs: While Ethiopia’s Biruktayit Eshetu has the fastest lifetime best on paper (2:23:51), it will be interesting to see how she mixes it up with the might of East Africa beside her. Eshetu –based at high altitude in Albuquerque, N.M.– hopes she can run fast enough to earn a spot on the Ethiopian Olympic team; she is the reigning Chevron Houston Marathon champion. Mata Lema and Afera Godfay are also from Ethiopia, while the leading Kenyans are Purity Cherotich Rionoripo, Rael Kguriatukei, and Lucy Karimi. Risper Chebet will make her debut.

3) The Return of Marilson?: Marilson Gomes dos Santos of Brazil was long a dominant force on the marathon scene. The 38-year-old won a pair of TCS New York City Marathon titles in 2006 and 2008, and was fifth at the 2012 London Olympic Marathon. He’s racing his first marathon since Hamburg last year (2:11:00 for ninth) and is looking to return once again to the Olympic stage. Compatriots Paulo Roberto Paula and Damiao Anselmo de Souza are also racing.

4) Olympic Spots on the Line: As the race approaches, there is a sense of growing angst on some of the athletes faces. Many are making a last ditch effort to achieve the 2:19:00 and 2:45:00 Olympic qualifying standards for consideration by their country for a ticket to the Rio de Janeiro Olympics games. RunCzech President Carlo Capalbo said that the event has received a plethora of calls from athletes wanting to enter, and that the event has done everything they could to accommodate the Olympic hopefuls. A total of 72 elite athletes from 13 countries will toe the line.

5) Czech National Championships: This race not only is a race for the podium and Olympic spots, but also for national honors. The Volkswagen Prague Marathon is the national marathon championships for the Czech Republic, and features the nation’s top domestic talent. For the women, three-time Olympic skier Eva Vrabcova makes her long awaited marathon debut, while Jan Kreisinger –a 2012 Olympic marathoner– and Jiri Homolac front the men’s charge. This race could play a major factor in who represents the Czech Republic in Rio.

6) Course Records: The men’s and women’s course records have not been challenged since being set in 2010 and 2011, respectively. Eliud Kiptanui’s 2:05:39 is very fast considering the race’s numerous turns and cobblestone sections, while Lydia Cheromei’s 2:22:34 standard is equally impressive (Kiptanui returns this year seeking another crown, as does 2014 champ Patrick Terer). At the pre-race press conference there was chatter about attacking the course record, though it remains to be seen whether that will pan out. The weather is currently predicted to be sunny with temperatures hovering around 53F (12C) at start time, rising throughout the day. Not too bad for record runs.

7) Yellow Ribbon Run: When watching the Volkswagen Prague Marathon you may notice many athletes sporting yellow ribbons on their vests. This year, RunCzech has celebrated the “Run from prejudices!” theme throughout race week. Relay teams of former prisoners, prison service representatives, and directors of big companies will all sport yellow shirts, running together to raise awareness of the problem of difficult employability for people released from prison. The first of its kind, the initiative is aimed to show the benefits of reshaping ones life, especially through the benefits of running. “We are here to create certain values, and the Yellow Ribbon Run is one of them. I think it is very important to allow people who made a mistake and served their sentence to dignified return back to society,” said Capalbo in a statement.  “Our aim is to encourage employers to recognize that a released prisoner can be a grateful and reliable employee,” said Garbiela Slovakova, director of prisons. “If one released prisoner will get a job thanks to our project, it will be great,” said Capalbo.

8) Seven Gold Labels: This year, RunCzech is very proud to announce that all seven of their RunCzech Running League races have been awarded an IAAF Gold Label, solidifying their spot as some of the best events around the world. In 2016, 35 cities earned IAAF Gold Labels, with RunCzech obtaining seven. To earn an IAAF label, races must meet certain standards set forth by the International governing body regarding such aspects as elite fields, broadcast coverage, and popularity. With seven races earning gold labels, the Czech Republic has the highest of any nation in the world. “The gold labels prove that our races belong to the most prestigious running events in the world. Recognition from the International Association of Athletics Federations is a huge success and a commitment as well,” said Capalbo, appointed the IAAF Road Racing Chair last month.

9) Did You Know: The Volkswagen Prague Marathon features one of the most picturesque courses in Europe, running along the Vltava River and across six bridges. Did you know that the route runs in the shadow of Prague Castle, across Charles Bridge, and past Powder Tower and the National Theatre all before halfway? The event starts and finishes in Old Town Square, and portions of the course are run on cobblestones. Definitely not your average marathon!

10) Live (Free!) Broadcast: While the Volkswagen Prague Marathon will be televised locally, it can be watched online live at Flotrack.org. The race begins at 9:00 a.m. local time (3:00 a.m. ET), and will feature commentary from veteran reporter Joe Battaglia.