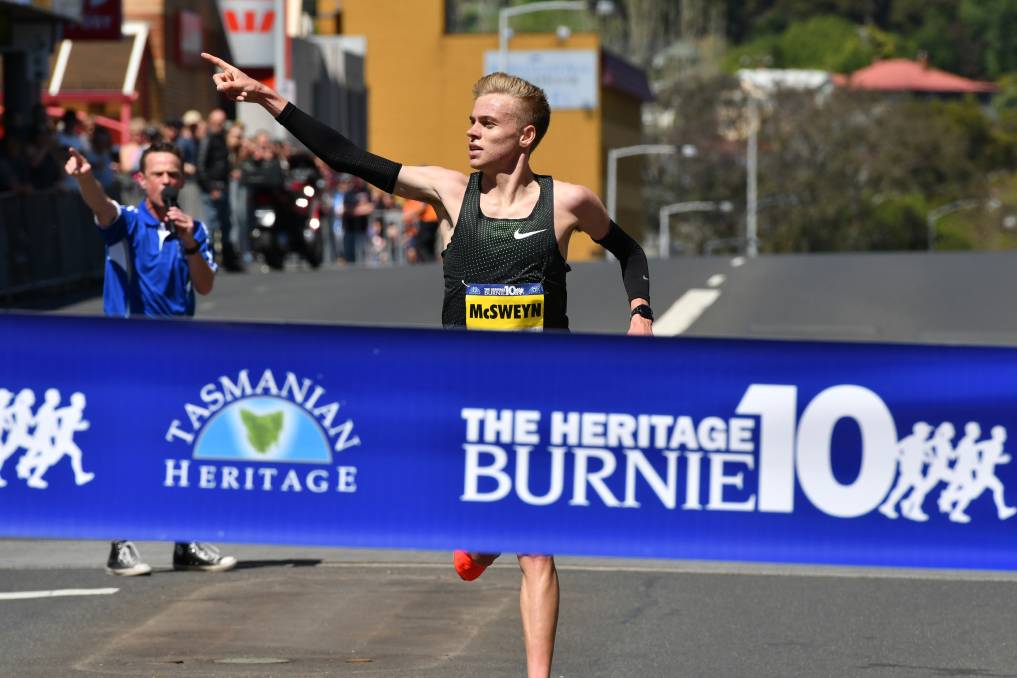 The “Mayor of King Island”, Stewart McSweyn has defended his Heritage Burnie Ten title and this time by smashing the race record with 28:03. The course record was previously held by Darren Wilson 28.11, which was set in 1997. Coached by Nic Bideau, McSweyn who has gone from strength to strength this year, absolutely dominated the field from the gun, producing the biggest winning margin in race history. His run was also the fastest by an Australian ever on home soil and now ranks him as the 4th fastest Australian All-Time. Last week’s Melbourne Marathon winner, Liam Adams, finished second 1 minute and 41 seconds behind the Tasmanian with 29:44. Considering Adams ran a sub 2:16 marathon only 7 days ago, his performance here was highly commendable to say the least. Andy Buchanan rounded out the top 3 with a 30:05.

On the women’s side, Emily Brichacek ran a strong race from start to finish to beat 3xOlympian, Lisa Weightman with 32:46. Weightman clocked in at 32:51 and this year’s City2Surf winner, Ellie Pashley rounded out the top 3 with 33:04.