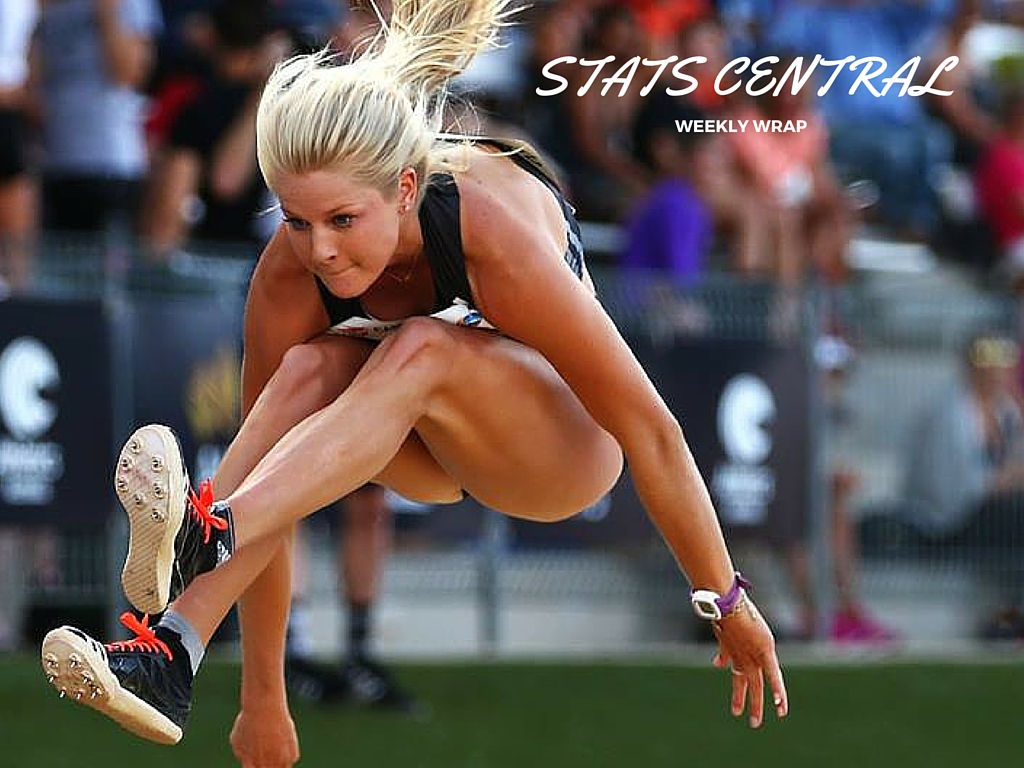 How do you describe Brooke Stratton’s 7.05m (+2.0) at the Perth Track Classic on Saturday night – simply unbelievable! When you think that the 22 year-old has reached a peak (e.g her 6.94m PB at the Canberra Track Classic), she simply smashes down that barrier and moves the marker. The problem now is that she doesn’t quite know where to place the next marker – as her career goal of ‘one day’ jumping over 7.00m has already become reality – all at such a young age.

The simple fact is that, as stupid as it sounds, it will now become more about medals at major championships than jumping further than her 7.05m PB. This all starts at the World Indoor Championships next weekend where Stratton will come up against quality opposition in what will be a good indication of where she is placed leading into the Rio Olympics.

At 1.55pm (AEST) on Saturday Stratton will take on the likes of Shara Proctor of Great Britain – who was the silver medallist at the 2015 World Outdoor Championships in Beijing when jumping a NR of 7.07m. Proctor is a seasoned campaigner and a perfect competitor for Stratton – another marker for Stratton to see if she’s ready for even bigger things in Rio.

The only difference now is that everybody will know who Brooke Stratton is when she flies into Portland, USA for the World Indoor Championships. The media will want to know her story, they will ask her what her expectations are and how she will cope with being one of the favourites for the competition. This all coming less than 12 months after missing the women’s long jump final at the Beijing World Championships. This is the new challenge for Stratton, not jumping further but the higher expectations placed on her by the athletics media worldwide. We can only sit back and see how she performs with this added pressure – but seeing her in action we suggest that her mental strength is only matched by her amazing ability to jump really long distances!

Can the Night Get Any Better?

The crowd would have gone home pretty happy after seeing Stratton’s magical 7.05m AR, but the excitement didn’t end there. The U/20 men’s 100m final (part of the Australian Junior Championships) was perfectly placed as part of the main programme at the Pert Track Classic, and the final didn’t disappoint.

It was billed as the race of the Australian Junior Championships (apart from maybe the men’s 1500m – see our extended review of the this and other events from the Australian Juniors later this week). The line up was simply one of the best we had seen, with Trae Williams (10.32), Jack Hale (10.38s) and Nicholas Andrews (10.39s) all coming into the race in red hot form. Many people were talking about the Australian Junior record (held by Matt Shirvington at 10.29s) being broken, and expectations were high for a special race.

As usual we were witness to a super start from Williams, but then Hale took over and looked the winner until the very last section of the race. Some would say that Hale tightened up in the concluding stages, but when it comes down to it Williams (10.27s AJR, +1.2), Hale (10.31s) and Andrews (10.39s =PB) had met all pre-race hype – and delivered on all levels.

We now have two genuine 100m contenders going into the World U/20 Championships in Poland, with both Williams and Hale sure to do Australia proud in July. We will also surely have a very fast 4x100m team, capable of closing in on a medal. Hopefully one day we will see Williams, Hale and Andrews join Josh Clarke in a senior 4x100m team at a future Olympic Games!

Watch out for our complete wrap up of the Australian Junior Championships, including a look at the final Australian team for the World U/20 Championships in Poland in July. 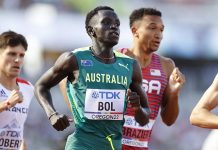