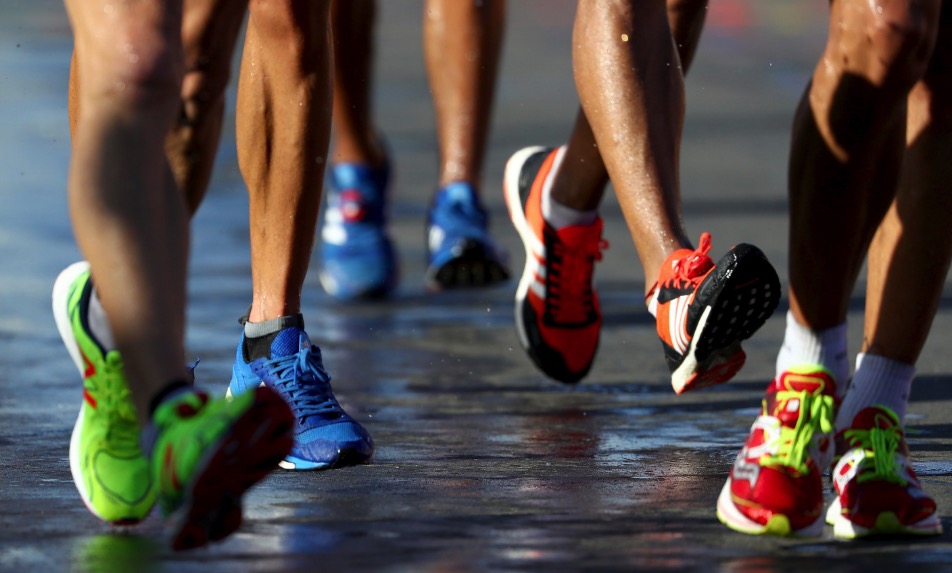 Tingay was promoted to first position following a 60-second time penalty to rival Rhydian Cowley (Vic) who had received a third penalty from the judges late in the race, so the chief judge had little option but to serve the West Australian with the relegation with the 25 laps complete. Adam Garganis (Vic) was the third Australian across the finish line in 43:05.62

Tingay, last year’s Australian Under-20 10,000m champion, admitted that it was an “awkward” way to win.

“After five kilometres in, Rhydian had picked up two reports, so he was kind of on edge going into that final stretch,” he explained. “I wasn’t even planning on coming second, I didn’t think that was going to happen. Rhydian crossed the finish line about 50 seconds ahead of me and I was quite happy to come in after him, my time was still really good. I’m just disappointed for him. He worked quite hard to pull away from me early on in the race. It’s disappointing for both of us.

The West Australian’s time of 41:07.88 was comfortably within the qualifying standard for the Under-20 IAAF World Championships later this year in Tampere, Finland.

Tingay will attempt to break the Australian Under-20 5000m record at the ACT state champs in two weeks.

“It’s something to do,” he laughs. I had a few shots at the Under-18 5000m record last year and just came up short, I was within seconds of the record.”

“It’s been quite hot but there was a bit of relief this morning although it’s a bit windy so that makes it a bit tougher,” said Smith who represented Australia at the London Olympic Games. “For us, the cooler the better and I guess that showed towards the end of the race today.”

The women’s race stayed together for the most part for the first 10 laps before a split occurred.

“It was quite a slow start – a few of the girls have had a big couple of weeks so I think I was expecting that,” said Smith. “It was just nice to ease into the race and then kick home at the end.

“I haven’t raced since August last year at the world championships, so I was just testing it out. I was happy that I could come home strong for the in today. I knew it was going to be a tough race given the quality of the field, so it gives me a lot of confidence coming into nationals.”

Smith will target the Australian 20km Race Walking Championships in Adelaide on February 11 in the hope of securing a spot on the Australian team for Gold Coast 2018.

“I’m so excited,” said Smith of the prospect of a home Commonwealth Games. “It’s the thing that kept me in the sport after the Olympics in Rio… It’s going to be amazing. Fingers crossed I get on that team.”