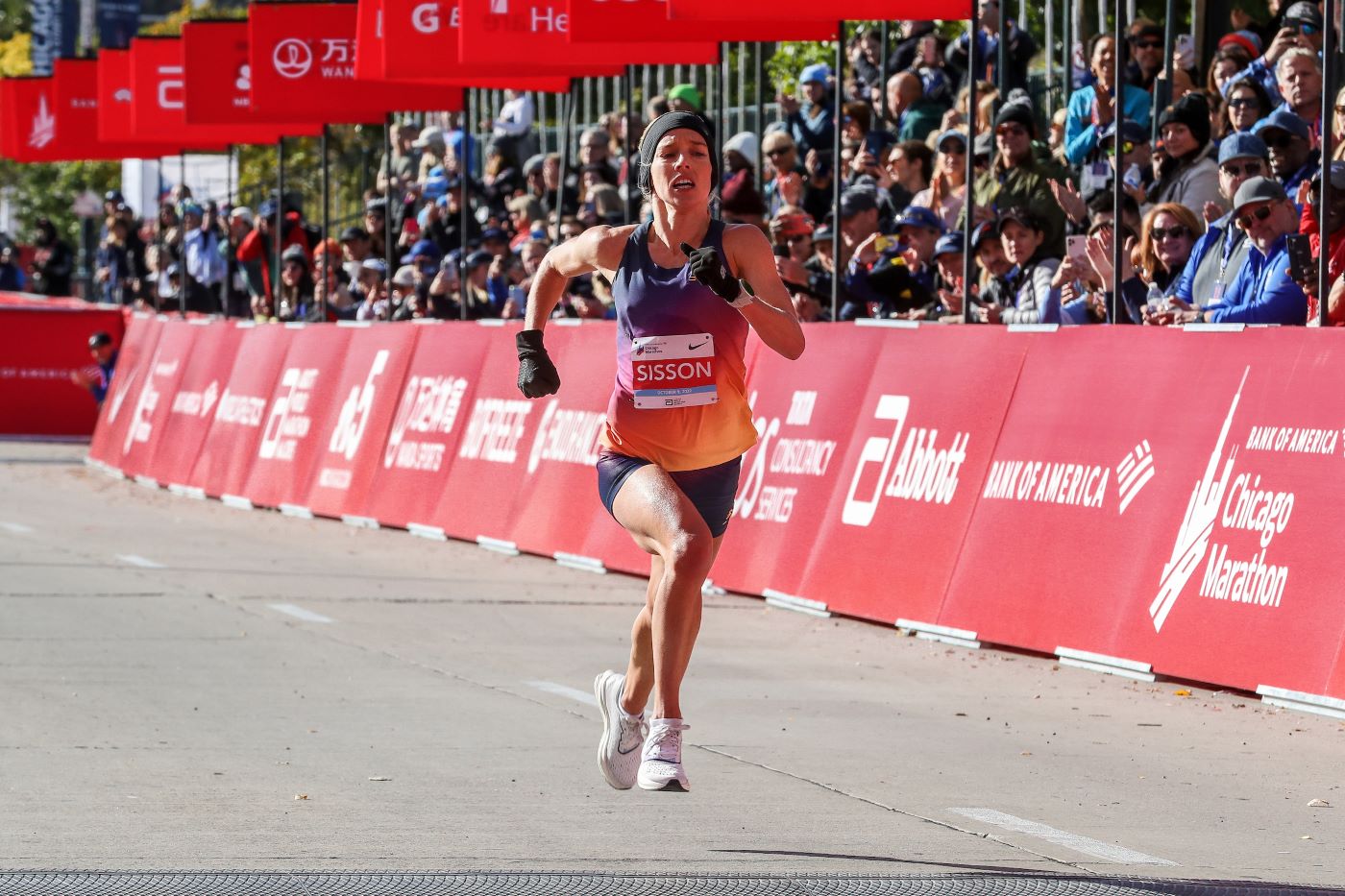 CHICAGO — In today’s 44th running of the Bank of America Chicago Marathon, record performances and ideal race conditions set the tone for the day. Under sunny skies with cheers by enthusiastic spectators, 40,000 runners traversed 29 Chicago neighborhoods on their journey to becoming official marathon finishers. In the elite competition, Ruth Chepngetich (KEN) defended her title, running away from the field to become the second fastest woman in history. Compatriot Benson Kipruto (KEN) surged late in the men’s race to cement his win, running the fourth fastest time in Chicago’s history. American Emily Sisson crushed the American marathon record by 43 seconds, and Conner Mantz, making his marathon debut, became the seventh fastest man in U.S. history. In the wheelchair competition, Marcel Hug (SUI) broke the course record and Susannah Scaroni (USA) captured her first victory in Chicago as well as her first win in the Abbott World Marathon Majors.

“Chicago has a long tradition of welcoming runners to its start line and today was just a phenomenal day for runners, volunteers, spectators and the entire City of Chicago,” said Carey Pinkowski, Bank of America Chicago Marathon executive race director. “We witnessed a historic day of racing with Ruth nearly running a world record, Emily breaking the American record and Marcel rewriting the course record. There were so many amazing performances out there, from the first runner to the last runner across the line.”

A talented field of elite runners from around the world gathered in Chicago’s Grant Park ready to battle their competition. The women’s race immediately turned into a world record chase with defending champion Chepngetich flying out of the start with a 4:47 first mile, leaving spectators to wonder just how fast the 2019 World Marathon champion might run. Running stride by stride with her pacer, she maintained sub five-minute mile pace until the seventh mile when she split 5:02. Her race against the clock continued as one commentator announced, “We’re seeing magic happen right now.” Chepngetich stayed on world record pace through 40K, but lost speed over the final kilometers of the course, coming home in 2:14:18, the second fastest time in history and a personal best by nearly three minutes.

While Chepngetich dueled the clock, the chase pack barreled out of the start on sub-2:18 pace. Emily Sisson, the American half marathon record holder, was among the group of competitors fighting for the final two spots on the podium. Running steady and even, she picked up the pace with four miles to go, separating herself while embarking on a final quest to break the American women’s marathon record. Sisson succeeded, crossing the finish line in 2:18:29 while also collecting the 25K and 30K American records on her way to a runner-up finish. Vivian Kiplagat (KEN), a three-time winner of the Milan Marathon, grabbed the third spot in 2:20:52.

In a stark departure from the women’s race, the men’s race kicked off with a group of 11 contenders bunched together. Defending champion Seifu Tura (ETH) looked calm and powerful as he waited for someone to make the first move. Ten athletes passed through the half in 1:02:24, outside of a course record pace (2:03:45), but still within striking distance. Bernard Koech (KEN) pushed the pace between the 30K and 35K mark, forcing the pack to fracture. The pack dwindled to four led by Koech, 2021 Boston Marathon champion Benson Kipruto, Tura, and John Korir (KEN). Korir, a two-time winner of the Los Angeles Marathon, surprised many as he looked primed to destroy his personal best, 2:09:08, by about five minutes.

After making the initial break in the race, Koech was the first to drop off the pack. The race remained a three-man fight for position until Kipruto accelerated at mile 24 and did what he does best: used his signature late-race surge to expand his lead, breaking the tape first in 2:04:24, a personal best. Although Tura failed to match the footspeed of a hard-charging Kipruto, he finished second in 2:04:49, the eighth fastest time in Chicago’s history. Korir, running in his first Abbott World Marathon Major, placed third with a significant personal best, 2:05:01 (the 10th fastest time in Chicago’s history).

Conner Mantz commanded U.S. fan attention as he attempted to break the American marathon debut record. He missed the record by a mere 20 seconds, running 2:08:16, but he etched his name in another record book as he became the seventh fastest man in U.S. history.

In the women’s elite wheelchair competition, Susannah Scaroni, the 5000m world record holder, dropped the hammer in the first mile and took a commanding lead. Like Chepngetich, her race turned into a campaign against the clock. Scaroni dominated to win by four minutes in 1:45:48. She was followed to the line by nine-time Chicago Marathon champion Tatyana McFadden (USA) in 1:49:46. Jenna Fesemyer (USA) came home third in 1:49:54, her fastest time in Chicago.