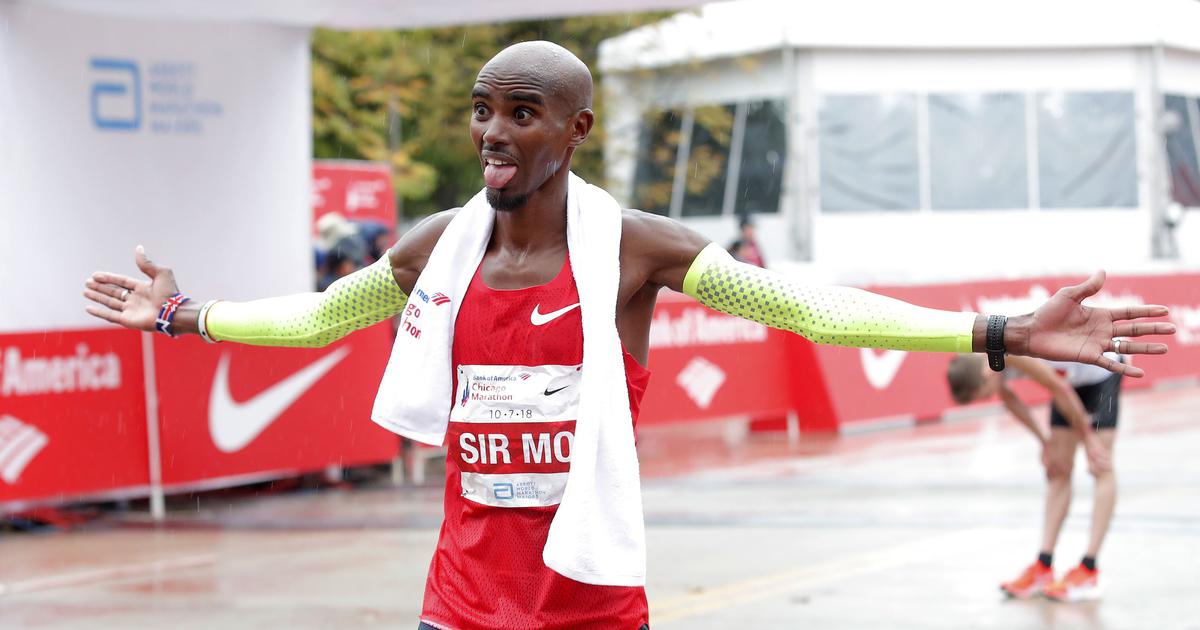 CHICAGO — In today’s Bank of America Chicago Marathon, more than 44,000* runners crossed the finish line in Chicago’s “front yard,” Grant Park. Beneath cloudy skies, and spotty rain –the first time since 2006 the Chicago Marathon welcomed a diverse field of runners from more than 100 countries, all 50 states and all 50 Chicago Wards. With the reinstatement of pacers and the assembly of a world-class field, this year’s event treated spectators to a variety of thrilling finishes.

In an elite competition stacked with 11 men all with sub 2:08 personal bests and five women who have run 2:20 or faster, the stage was set for a competitive footrace from the official start to the exciting tape finish. The men’s race saw Sir Mo Farah (GBR) dismantle the European record and run the eighth fastest time in Chicago Marathon history, 2:05:11. 2018 Dubai Marathon champion and course record holder, Mosinet Geremew (ETH), hung on for second in 2:05:24 and Suguru Osako (JPN) smashed the Japanese national record to land on the podium in third in 2:05:50.

Repeating a similar theme from the past three years, the top contenders in the women’s field hit the pavement hard from the start and battled out front for as long as they could. 2017 runner up, Brigid Kosgei (KEN), crushed the field when she accelerated before the 20-mile mark and embarked on a solo campaign against the clock to collect her first Abbott World Marathon Majors victory and a new personal best, 2:18:35. Kosgei ran the third fastest time in Chicago Marathon history. 2018 Dubai Marathon champion, Roza Dereje (ETH), ran her second fastest career time to finish second in 2:21:18 and compatriot Shure Demise (ETH) rounded out the top three in 2:22:15.

In the women’s wheelchair competition, current world record holder and reigning Tokyo and Berlin Marathon champion, Manuela Schär (SUI), made a bold statement, beating her nearest competitor by almost two minutes. Today marked Schär’s sixth start in Chicago, and after finishing second from 2013-2016 and third in 2017, she finally captured the victory, stopping the clock in 1:41:38. 2018 London Marathon champion, Madison de Rozario (AUS) finished strong in second in 1:43:16, and Susannah Scaroni (USA) found herself back in the top three for the first time since 2012, finishing third in 1:44:48. For the first time in eight years, Tatyana McFadden (USA) did not win; she finished seventh in 1:56:35.

The men’s competition welcomed a new champion, and one of its youngest, 20-year-old Daniel Romanchuk (USA) from the famed University of Illinois Wheelchair Racing Team. Romanchuk outsprinted AbbottWMM Series X and Series XI champion, Marcel Hug (SUI) in a duel to the finish line, winning 1:31:34 to the “silver bullet’s” 1:31:35. Great Britain’s David Weir finished third in 1:31:43.

The Men’s Race
In a stark departure from the past three years, and with American, European and Japanese records all up for grabs, pacers took out the men’s field in 4:49 and quickly moved the pace south to 2:05. Wearing a “Sir Mo” bib, Farah tucked behind the pacers, and a solid pack of 13 men developed. The lead pack fluctuated throughout the early miles, thinning to seven and then expanding again to 13, but the race’s premier stars, defending champion Galen Rupp (USA) and his long time track rival, Farah, remained in close contact to the front.

Runners battled a strong headwind and dripping rain as they passed the 10K, and as they neared the nine-mile mark, the two pacers moved ahead by several seconds. 2017 Boston Marathon and IAAF World Marathon champion, Geoffrey Kirui (KEN) and 2016 Chicago Marathon champion, Abel Kirui (KEN), worked to close the gap. A lead pack of 13 hit the half in 1:03:03.

As the pacers gapped the field again – this time by 13 seconds and eventually by an entire city block – athletes started to peel off the back. From 25K to 30K, the lead pack dwindled to nine, and by 35K, only seven remained. The real move of the race happened shortly after, and by mile 22, Rupp started a descent from the leaders that proved fatal, deferring him a second Chicago Marathon title to another year.

From mile 24 to the 40K mark, Farah (who stumbled at mile 21, but quickly recovered) and Geremew continued to pull away from Kenneth Kepkemoi (KEN) and Osako. It was a two-man duel to the 26-mile mark, and then Farah quickly turned the race into a one-man show to the finish. He pumped his fists as he made his way down Columbus Drive as the new Chicago Marathon champion.

“I know what pace it takes to run with these guys and to run a decent time,” said Farah after the race. “Today, it just shows the depth of the guys in the race and how I came away with a win and a new British record . . . I know as well I could have gone a lot faster today.”

Rupp remained steadfast and though he missed the American Record, he posted his second fastest time to finish as the top American in 2:06:21 (the same time Farah ran in London in April). Elkanah Kibet was the second American in 13th in 2:12:35, and Aaron Braun was the third American in 2:13:16.

The Women’s Race
Brigid Kosgei ran away from the women’s field, announcing that she was the main character today and the plot belonged to her. Kosgei led a pack of six women from the start, taking it out on 2:21 pace and settling into 2:20 pace after the 5K.

Five women, led by Kosgei and Dereje and including 2015 and 2016 Chicago Marathon champion Florence Kiplagat, reached the halfway on pace for an incredibly fast finish, splitting 1:10:09. Birhane Dibaba (ETH) was the first casualty of the fast pace, dropping out before 30K, and Kiplagat was out of contention before the 35K mark.

As three women – Kosgei, Dereje and Demise – neared the infamous 20 mile mark, and after Dereje enjoyed a brief moment in the spotlight, Kosgei made a brave move and gapped the field. From that point on, it was Kosgei against the clock. With a string of sub 5:10 miles, she was simply unbeatable. Kosgei’s 2:18:35 stands out as the fourth fastest time of 2018 and the 10th fastest in history.

“I saw the other competitors, they were not following me … and I was just pushing myself and looking at the time and thinking 2:18,” said Kosgei. “I was not expecting to run 2:18, but I was targeting 2:19 this year . . . I hope I will be here again and I want to improve again.”