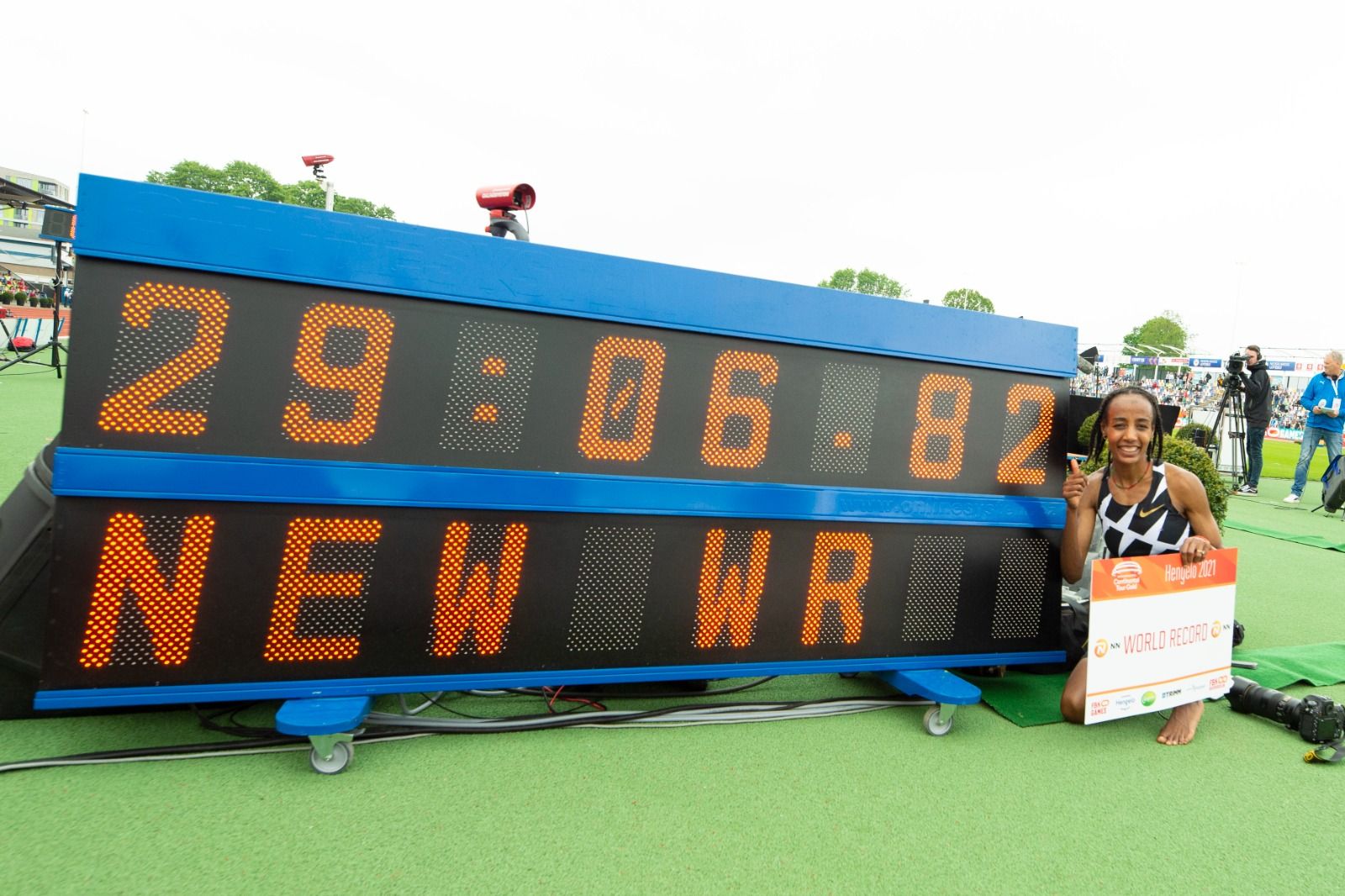 Sifan Hassan added another landmark moment to her already glittering career by lowering the 5-year-old world 10,000m record at the FBK Games in Hengelo today.

The Dutch athlete clocked 29:06.82 and shaved almost nine seconds from Almaz Ayana’s old record – regarded as one of toughest in the record books – with a quite brilliant demonstration of distance running.

Making use of Wavelight technology the crowd at the stadium could perfectly follow Sifan on world record pace. Hassan, said: “Wow to run this world record here today in Hengelo is something I could only dream of. It’s the perfect confirmation of the hard work we’ve put in getting ready for Tokyo. I am so happy to share this record in front of my Dutch fans. I am so happy!”

WORLD RECORD@SifanHassan breaks the women’s 10,000m world record with 29:06.82 at the @ContiTourGold.

This was the fourth world record in total of Hassan’s career. The reigning World Champion over 1500m and 10,000m has also posted world records over one mile, one-hour and 5km on the road.

In the men’s 1500m, Scottish runner Jake Whiteman took the win, and declared it was worth a battered schnoz from multiple Covid tests.