Home Features Save the Tarkine – Australia’s Amazon Deserves a Future 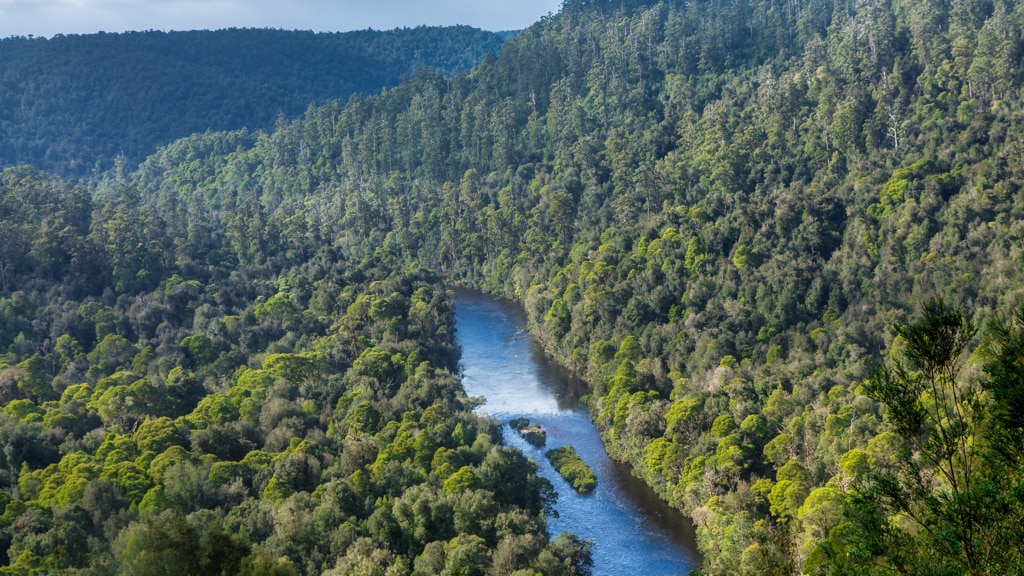 “They must have their eyes closed and ears plugged. The evidence is there too, it’s not just a matter of sentiment.” – The chair of the Australian Heritage Council, Carmen Lawrence, speaking out against the Australian government’s decision not to grant the Tarkine ‘National Heritage Listing’.

In 2020, I had the pleasure of racing the takayna Ultra, well I only did the 21km event- but I’ll claim it. takayna (Tarkine) is situated in Tasmania’s north-west corner, and it is one of the most amazing places I have ever seen. It is up there with America’s Yosemite, the Great Barrier Reef, or Brazil’s Amazon. But few Australians have heard of it, and our politicians are quickly trying to destroy it. 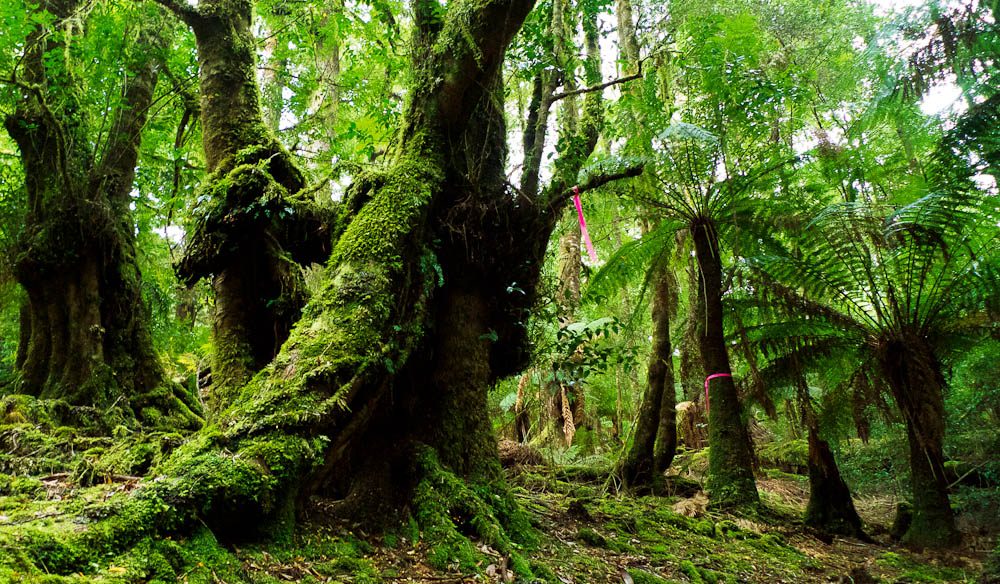 The Tarkine wilderness is spread out over 494,000 hectares, with about half of that consisting of pristine rainforest; the sort of rainforest most only read about in books or see on nature documentaries.  The area is rich in indigenous sassafras, thousand-year-old myrtle trees, a crazy number of rare fungi, and some of the tallest trees on earth. takayna is wild,  blustery mountains, torrential rivers, and sky-high ancient trees. More than a dozen endangered species call the Tarkine home (including the Tasmanian Devil), and it is rich in Indigenous artifacts.  Vitally, the Tarkine is perhaps one of the richest natural carbon sinks in Australia, a highly valuable asset during this climate crisis that we are facing.

The Australian Heritage Council declared it to be one of the world’s great archaeological regions – and recommended National Heritage Listing back in 2012. Tony Burke,the then Australian federal environment minister, dismissed the recommendation, and subsequent governments have made no steps to reverse his horrible decision

I understand business; that our economy needs to grow, our citizens need to prosper, and that the world needs mining. I am not a hippy arguing an end to all mining. But I do think it is vital we are selective about where we mine. As a civilised country, we protect truly unique places by classifying them as National Parks.  For example, the Great Barrier Reef in Australia, we decided many years ago not to mine it.  Likewise, the Blue Mountains west of Sydney, we are doing our best not to dig it up or cut it down. And the Tarkine, it deserves equal attention as both these places. It is that special.

Currently, as I write this, a Chinese state-owned company, MMG, is planning to flatten up to 285 hectares of Tarkine wilderness, to construct a new tailings dam. MMG plans to dump twenty-five million cubic metres of toxic, acid producing mine tailings into this World Heritage value rainforest. It seems absurd to me, that in 2021, Australia is even considering this.

Aside from mining, the Tarkine is also being logged, at a stupid rate.  Under the ridiculous name ‘Sustainable Timbers Tasmania’, this government owned organisation, is in charge of the ‘sustainable’ logging of the Tarkine (and Tasmania’s) forests.  Dubbed ‘Sus Timbers Tasmania’ – there is nothing sustainable about what these environmental criminals are doing. Once a coupe has been designated for clearing, they literally flatten, then incinerate the area. They argue we need this wood for day-to-day things, like furniture, woodchips, and paper. This argument is in itself absurd, civilisation developed the required technologies many years ago to solve all these needs. The plantation industry itself is being held back because we are so busy chopping down scarce rainforest.  Logging old growth is easier, faster, and perhaps slightly cheaper. But it is not needed.

We all watched as Australia managed its way through the Covid-19 crisis. Our government implemented Jobkeeper, ramped up Jobseeker, and provided corporate handouts to the majority of Australian businesses. You simply cannot tell me that Australia is not capable of managing and financially assisting a few loggers into new, more ‘truly’ sustainable industries. That we cannot tell a couple mining companies to please leave and find a patch of dirt to mine that has less inherent value. That we cannot stand up to this mainly Chinese state-owned company (China is a signatory to the World Heritage Convention) and tell them to mine somewhere else. Sure, some agreements will need to be altered, it will take some negotiations, and the Australian government may need to buy itself out of a few contracts. But don’t tell me this isn’t possible, or even that hard to do.

The world successfully managed their respective economies when Horse and Cart businesses were forced to close down. Whalers, who once made their living from whale produce, successfully transitioned to a new line of work.  Not many Australians are arguing today that we should still be slaughtering whales. This ancient Gondwanan rainforest is of equal value, especially given this climate crisis that we find ourselves in. Many other industries throughout history (tobacco for example) have been forced to transition, to pivot. This is the natural order of business. Any business that cannot cope with this reality, in the words of Kerry Packer, “needs their heads read.”

The tourism potential of the Tarkine region is simply gargantuan. Like Brazil’s Amazon, if effectively managed, and marketed, the tourism dollars that could potentially pour into Tasmania’s economy, in the long run, would far exceed that received from mining and logging- combined, when analysed from a long-term investment viewpoint.

‘In 2008, the Cradle Coast Authority – an organisation created by the northwest’s nine councils – identified a huge potential for tourism in the Tarkine. It developed the Tarkine Tourism Development Strategy based on market research and investigations of latent demand. It found that the Tarkine had an “unrivalled opportunity to ‘raise the bar’ in responsible, ecologically sustainable tourism.” The study recognised that “the primary attributes of the Tarkine… are increasingly scarce in the modern world,” and argued that, if developed correctly, the area had the potential to attract international attention.

Modelling found that if “a menu of meaningful, high quality visitor experiences,” were created, tourism in the Tarkine could generate $58.2 million per year and provide 1100 jobs, as long as the required infrastructure was developed.’

What You Can Do

Write asap to both Sussan Ley (Minister.Ley@environment.gov.au)  and Peter Gutwein (peter.gutwein@parliament.tas.gov.au) and your local member. Don’t delay, as currently Susan Ley is at the pointy end of her decision-making process and will make her final call on MMG’s tailing dam shortly. Amazingly, Susan Ley, Australia’s environment minister, has not actually ever visited the Tarkine. How she can make an educated decision without ever seeing this amazing place is totally beyond me. It is something you’d read about happening in Russia or China. Our leaders need do better.

And get behind the Bob Brown Foundation, donate as much as you can, or even better, travel to Tasmania and get involved with peaceful, passionate protests. This impressive organisation has been on the ground, fighting day-by-day, for many years – to save this sacred place.