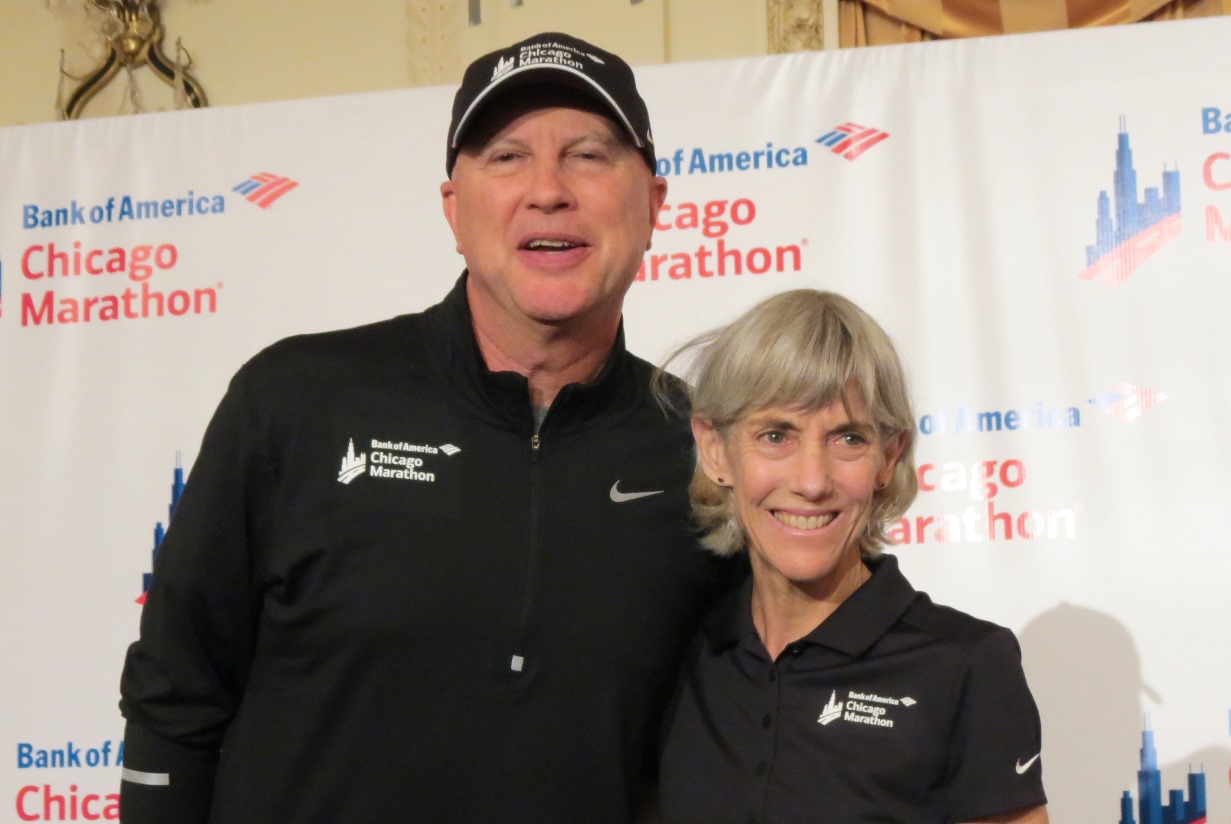 CHICAGO (08-Oct) — Wearing her red and white Athletics West kit, 28 year-old Joan Benoit stepped to the starting line of the Chicago Marathon 30 years ago here this month as the first-ever women’s Olympic Marathon champion. She was simply known as “Joanie,” the plain-spoken New Englander from Cape Elizabeth, Me., whose one-minute and 26-second Olympic victory in Los Angeles the year before captured the imagination of American sports fans and helped launch a still-growing boom in distance running for women.

But in that race here in 1985 she perhaps not the favorite for victory. Six months earlier, Norway’s Ingrid Kristiansen had shattered the world marathon record, running 2:21:06 at the London Marathon, the first-ever sub-2:22 marathon by a woman. Kristiansen was on the starting line with Benoit (now Samuelson) as was Portugal’s Rosa Mota, the 1984 Olympic bronze medalist who would go on to win the Olympic title in 1988.

“It really has been one of my most favorite memories in the sport,” said Samuelson speaking to a small group of reporters here today. She continued: “Rosa was the third place finisher in the L.A. Olympics, the inaugural women’s Olympics. And then she want on to win the gold in Seoul. Ingrid at the time had the world’s best time, so it was a big-time field.”

Steve Jones went out hard in the men’s race, dusting the field by nearly a minute to win in 2:07:13, just one second off of Carlos Lopes’s world record. But the women ran hard, too. Kristiansen and Samuelson –and a few brave amateur men– went out at a sub-2:20 pace. Mota chose to hang back.

“I just remember running head-to-head with Ingrid,” said Samuelson, who now wears her silver hair shoulder-length. “It was a gray day, and I was just hoping she would break at 10 (miles). I said I will try to hold on to her until 13, and she started to fall of the pace a little bit at 10.”

Samuelson took over the lead, but Kristiansen stayed close. She went through the 17 mile (27 km) point on a 2:20:12 pace, which was too hot for Kristiansen.

“I just said, oh my God, you’ve just got to stay strong and go for it,” Samuelson recounted.

“To be able to hold on in that race and come up on top was almost as special as the Olympic win,” said Samuelson, who admitted that she had made an error in her preparations and perhaps could have run faster.

“I do have one regret,” she said. “And that was I didn’t look at the race course before I ran. I never look at marathon race courses before I run the actual race, because what I don’t know can’t hurt me. Had I known where the finish line was, because all of a sudden, there was the finish line, and I still had something in the tank.”

On Sunday here, Samuelson hopes to run the race, but a health problem will prevent he from trying to run her goal of running 2:51:21, an extraordinary mark for a 58 year-old.

“I’ve been dealing with a stomach virus, so it will be a game-time decision,” Samuelson said. “My original thought was to run within 30 minutes of my original time 30 years ago, and I was on target to do so. As all marathoners walk or run a fine line, I was on that fine line three weeks ago, and started to fall apart a little bit. We’ll see if I’m well enough to cover the distance. That’s not my style, but it’s the 30th anniversary and it’s a big deal for me. I’ve worked hard.”