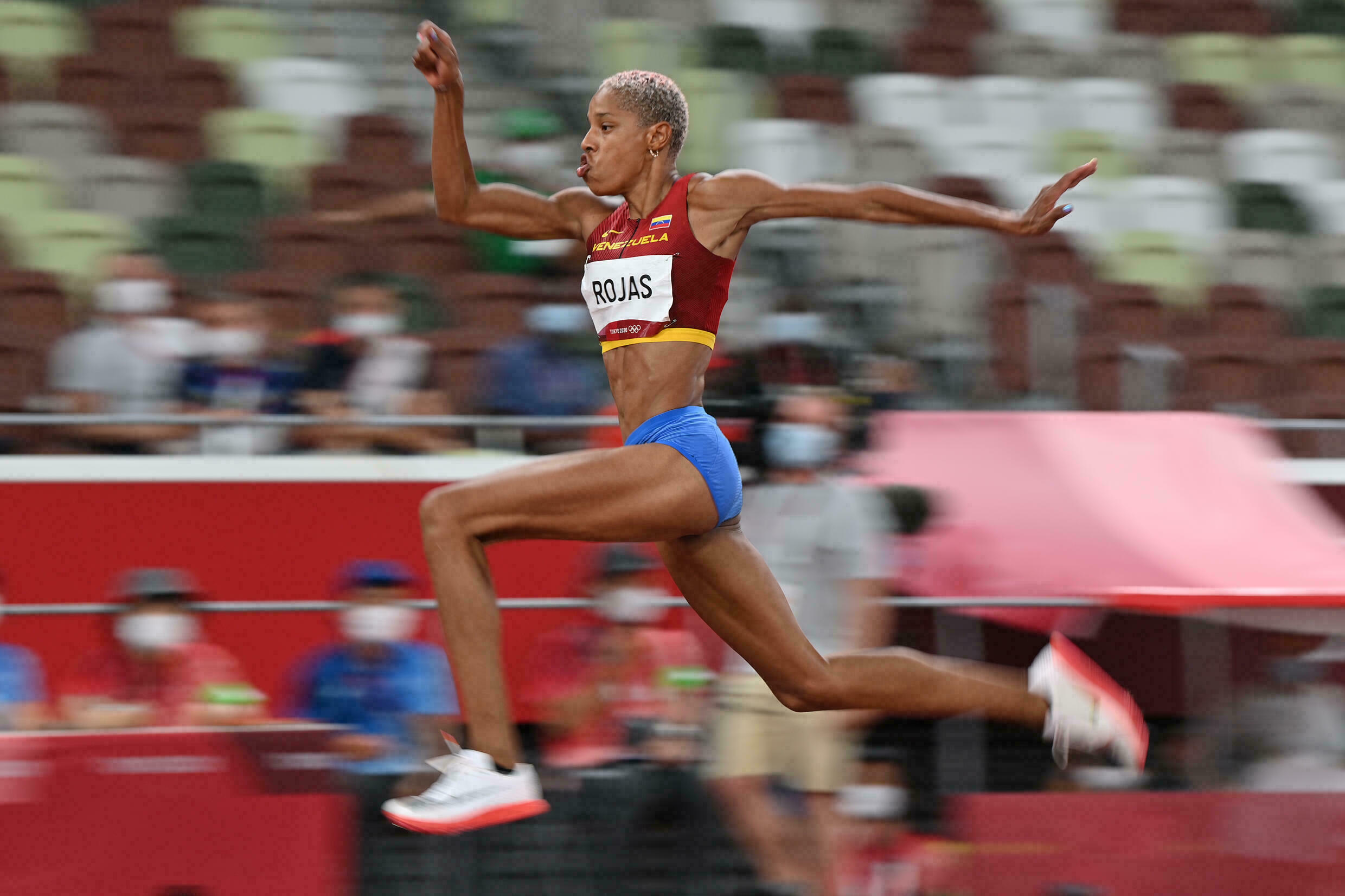 Yulimar Rojas saved her best for last in the triple jump at the Tokyo Olympic Games, sailing out to a world record of 15.67m* to land Venezuela’s first Olympic title in athletics.

The two-time world champion opened with an Olympic record of 15.41m (1.1m/s) but struggled to match that with her next two attempts, leaping 14.53m in round two and producing a foul – albeit a long one – in round three.

She went beyond 15 metres again in the fourth round, leaping 15.25m, and then recorded another foul in the penultimate round.

With the pressure off and nothing to lose, Rojas nailed her final effort and broke the sand at 15.67m, adding 17 centimetres to the previous world record that had been set at the 1995 World Championships by Ukraine’s Inessa Kravets.