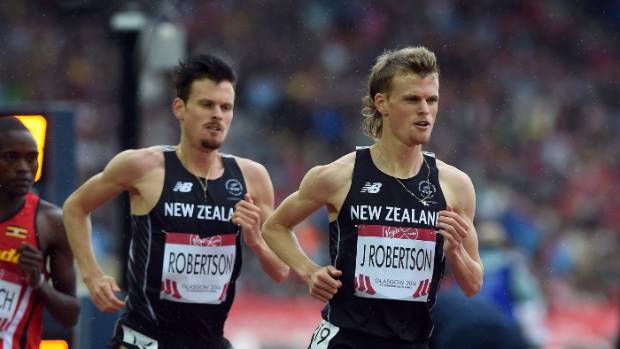 African-based brothers Jake and Zane Robertson have been added to the athletics team for the 2018 Gold Coast Commonwealth Games.

Gold Coast will be the second Commonwealth Games for both, having competed at the 2014 Glasgow Commonwealth Games, where Zane won a bronze medal in the men’s 5000m and Jake finished ninth after being involved in a fall in the final laps of the race.

The 28 year old brothers from the Hamilton City Hawks club, along with Nick Willis, are New Zealand’s leading male distance runners. They spend most of their time living and training in either Kenya or Ethiopia.

NZOC CEO Kereyn Smith extended her congratulations to the athletes.

“Jake and Zane are extremely dedicated and talented athletes who have given up a lot to chase their sporting dreams,” she said.

“The brothers were a welcome edition to the team in Glasgow and we look forward to watching them represent New Zealand on the Gold Coast in April.”

Jake and Zane have both been selected for the 10,000m. Zane also has the option of contesting the marathon.

Zane represented New Zealand at the 2016 Rio Olympic Games where he placed twelfth in the 10,000m, setting a New Zealand record of 27:33.67. He also holds the New Zealand half marathon record of 59:47.

Jake most recently won the Houston Half Marathon in January with a winning time of 60:01, the same time that won him the Lisbon Half Marathon ten months earlier. He has a best time of 27:45.46 for 10,000m.

The additions brings the number of athletics representatives in the New Zealand Commonwealth Games team to 18.