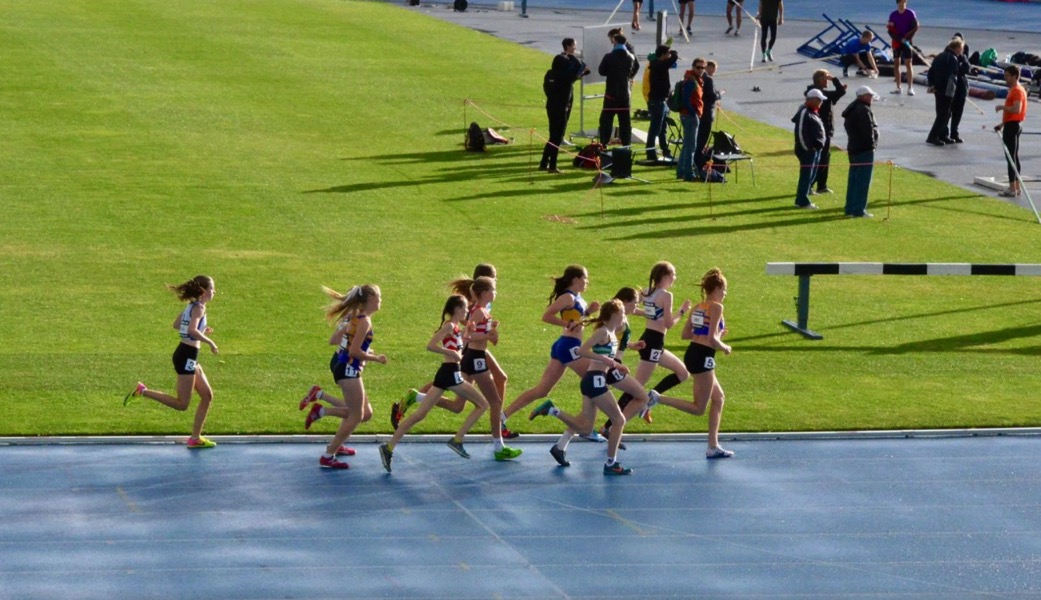 Day 3 of the 2018 Australian Junior Championships saw some of the best performances yet with records tumbling and more U20 World Championship and Youth Olympic Games qualifiers on Friday.

The name Sophie White now sits proudly alongside Sally Pearson with the West Australian equalling the reigning world and Olympic champion’s U18 Australian record in the final of the 100m hurdles.

First in qualifying on Thursday in a new meet record of 13.30, White not only backed up but improved her performance on Friday, crossing the finish line in a time of 13.14 (w0.2) for the gold medal and in a Youth Olympic Games qualifying time. In second place, fellow West Australian Isabella Reeves (13.45) also clocked a Youth Olympic Games qualifier, with Emily Britton from NSW collecting the bronze in 13.85.

“When I crossed the line, and I saw 13.16 with the headwind I was pretty gutted because I had my hopes set on it but I knew that it was a hard time and I would have had to have pulled something from somewhere to do it,” White said. “So, then when I heard that it was a headwind and they rounded it down that was a pretty good feeling. I’m very, very pleased.”

White said that it was a “huge” moment to equal Pearson’s record.

“I look up to Sally Pearson – she’s such a great athlete so to know that I’ve run an equivalent time to her it means a lot.”

Clifford avoided a chaotic final 60m where Jackson Sharp (NSW) fell in the lead pack, to cross the finish line in a time of 3:49.16 ahead of Callum Davies (Qld), New Zealand’s Isaiah Priddey and Zachary Facioni (NSW).

Clifford was shocked to not only win the gold medal but also to stay out of trouble.

“I don’t know how I did it. I’m concentrating so hard on staying on my feet; maybe it helps me out a bit, I don’t know. When I crossed the line, no one was in front of me, and I was just thinking ‘this is crazy’,” heexplained.

“I think I was nearly last through the first two laps. I don’t usually know what position I’m in so I was running down the home straight, and I was like, ‘Am I in first? Am I in first?’”

Earlier in the day, Declan Tingay (WA) blitzed the field in the men’s U20 10,000m walk, breaking away from Kyle Swan (Vic) just after the midpoint of the race to win the gold medal in a time of 42:33.15 and earn an automatic qualifier for the U20 world championships.

Queensland’s Katie Hayward led home the women’s field in a new meet-record time of 45:48.45, over three minutes ahead of her nearest rival, Phillipa Huse (Vic).

“It was a 4sec PB, so it was nice to know that I’m still getting good times,” said Hayward who also earned automatic qualification for the U20 world championships with her win.

“In the heat, I hit a hurdle so I knew I could go a bit faster if I could keep it a clean race and I managed to do that, so I’m pretty happy with that,” said Mucci, who has a big year ahead with the Commonwealth Games and the IAAF U20 World Championships.

– Queensland’s Ella Connolly earned an automatic qualification for the U20 world championships with her win in the U20 400m final.

– WA’s Lauren Hyde-Cooling launched herself to new PB of 4.06m to earn an automatic U20 world championship start in the pole vault

Full results from Friday can be found here.

Competition continues on Saturday at 0900am AEDT. Athletics Australia will keep you updated throughout our social media channels with a live stream available on the website and Facebook from 1115am AEDT.

Live stream coverage will recommence at 1800 AEDT for the Sydney Grand Prix.

Please note that due to the predicted 40-degree forecast for Sunday there have been changes made to the timetable. To reduce the number of contact hours in the hottest part of the day and the length of those events, the timetable will now commence at 0730am AEDT. The updated timetable can be found here.