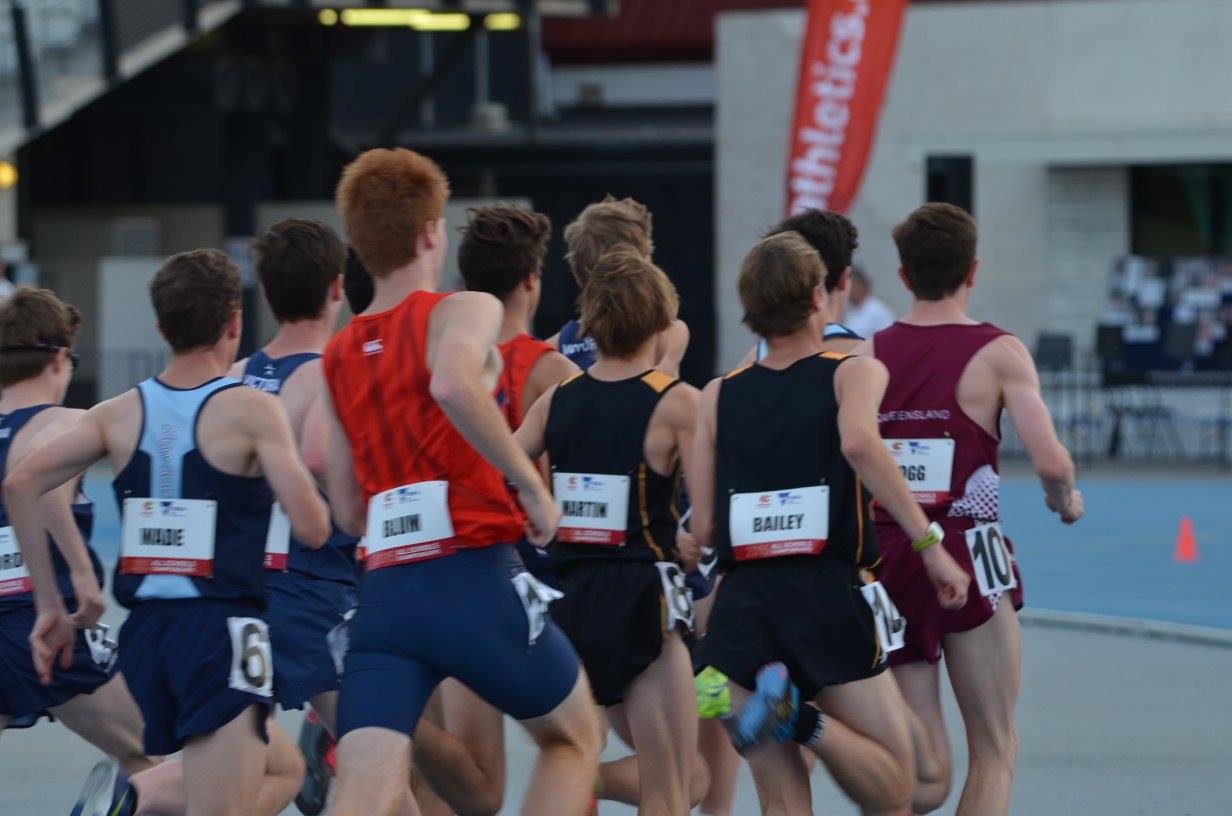 Western Australia’s Sophie White set the track alight early on day two, with a new meet record and a Youth Olympic Games qualifier in the heats of the U18 100m hurdles.

First time proved the charm for Ben Scmidtchen (Qld) in the U20 men’s long jump, launching himself into the air for a jump of 7.64m (w0.3) which could not be bettered for the rest of the competition.

Scmidtchen’s long-time rival, Zane Branco (Qld) finished in the silver medal position with his best jump of 7.52m (w0.5). NSW’s David Chen picked up the bronze medal on countback with his best also at 7.52 (w-0.6).

“I was expecting it,” he said of the win. “I’ve been in pretty decent form and my goal for the season was just to stay injury-free which I’ve done, so I’m happy with that.”

Schmidtchen’s jump earned him a start at the IAAF U20 World Championships.

“It’s a big relief and a weight off my shoulders – I’ve been thinking about it for a long time,” he said.

A tight competition ensued in the U18 women’s high jump and delivered a first Youth Olympic Games qualifier for Elizabeth Moss (Qld), raising the bar to 1.78m.

Rosie Tozer (NSW) won the silver medal with her jump of 1.75m, while Bella Stewart (NSW) claimed the bronze with a height of 1.72m.

In the silver medal position, fellow Queenslander Talosaga Kia’s throw was also over the qualifying standard at 48.14m, as was bronze medalist, Sally Shokry (NSW) with 47.99m.

Late in the day, all three medalists earned their first IAAF U20 World Championship qualification in a thrilling women’s javelin competition.

WA’s Lara Ilievski extended her PB by a whopping four-and-a-half metres to win the gold medal, her javelin travelling 52.08m on her fifth attempt.

The win signalled the first time Ilievski had earned the qualification.

“They were pretty consistent for the first couple of throws, I really wanted to get one out there because I could feel something coming,” she said.

Silver medalist Alexandra Roberts (Qld) also cleared 50m, getting out to 50.55m in a consistent session for the 2017 Commonwealth Youth Games representative. SA’s Jess Bell rounded out the podium with her effort of 50.41m.

Ilievski was buoyed by the performance of her fellow medalists, saying “that was insane.”

– 31 years after his father Andrew won the U18 men’s triple jump title, Conor Murphy (NSW) won the silver medal in the same competition. Josh Cowley (Qld) won the gold medal with his leap of 14.96m (w0.3) with Murphy 16cm back. Jotham Kuku (Vic) finished with the bronze medal with his effort of 14.60m in perfect conditions.

– Conor McLoughlin (Qld – 57.75m) and Alexander Kolesnikoff (NSW – 56.64m) earned their tickets to Finland for the IAAF U20 World Championships with their gold and silver medal efforts in the U20 men’s discus.

– Celeste Mucci’s good form continued in the heats of the U20 women’s 100m hurdles, the Victorian fastest qualifier for the final with a time of 13.55 (w0.8), also within the qualifying standard for the U20 World Championships

Full results from Thursday can be found here.

Competition continues on Friday at 0800am AEDT. Athletics Australia will keep you updated throughout our social media channels with a live stream available on the website and Facebook from 1230pm AEDT.