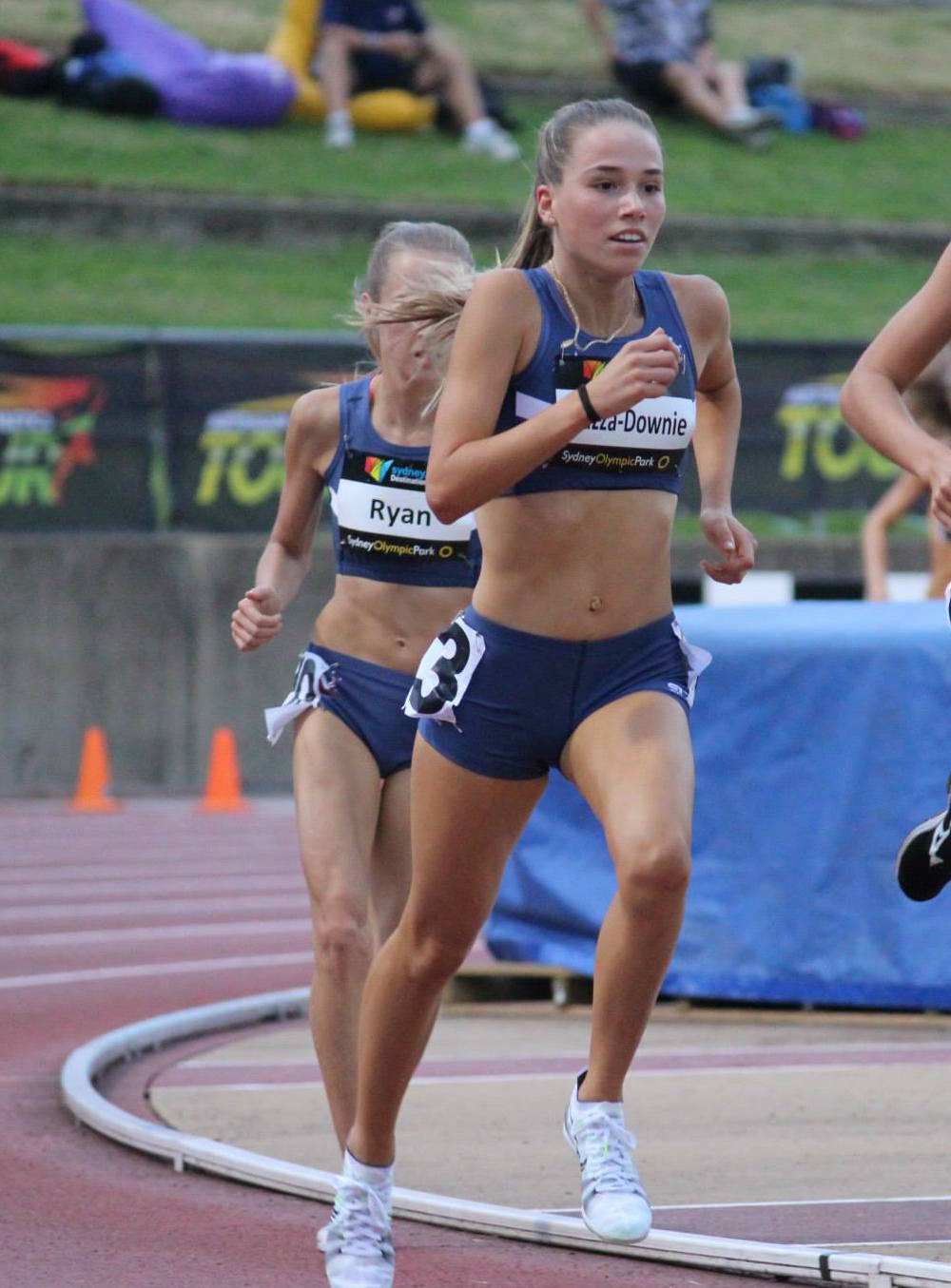 Montanna McAvoy (Qld) claimed the day’s only IAAF World U20 qualifier, securing an automatic berth blitzing the field in the women’s U20 5,000m.

“I knew from training I could hit that pace and my goal was just to tick that over and just hang on towards the end,” McAvoy said following her win.

Her national U20 5,000m title also delivered McAvoy a spot on her second Australian team, having also competed at the 2017 Commonwealth Youth Games in The Bahamas.

“I’m super stoked for that. It’s what I wanted from this race.”

Mazza-Downie is an automatic qualification for the 3,000m following her performance last month at the 2018 Australian Athletics Championships & Nomination Trial on the Gold Coast.

It was a big opening day of the championships for International Sports Federation for Persons with Intellectual Disability (INAS) high jump world champion Sharp, with her effort in the long jump breaking her Australian U18 record, while earlier setting a new benchmark in the U18 200m preliminary rounds, running 28.62 into a 1.7 headwind. In the final, Sharp ran 28.29 to improve her new record once again.

Jamie Hiscock (Qld) continued to press her case to head to Buenos Aires later in the year for the Youth Olympic Games, with her fourth qualifier in the U18 2,000m steeplechase. Hiscock was convincing in her victory, crossing the finish line in a time of 6:43.22. Amilia Schooley (Qld) finished in the silver medal position, clocking 7:06.17 while WA’s Sarah Knox was third in a time of 7:07.88.

Full results from Wednesday can be found here.

Competition continues on Thursday at 0830am AEDT. Athletics Australia will keep you updated throughout our social media channels with a live stream available on the website and Facebook from 1300pm AEDT.