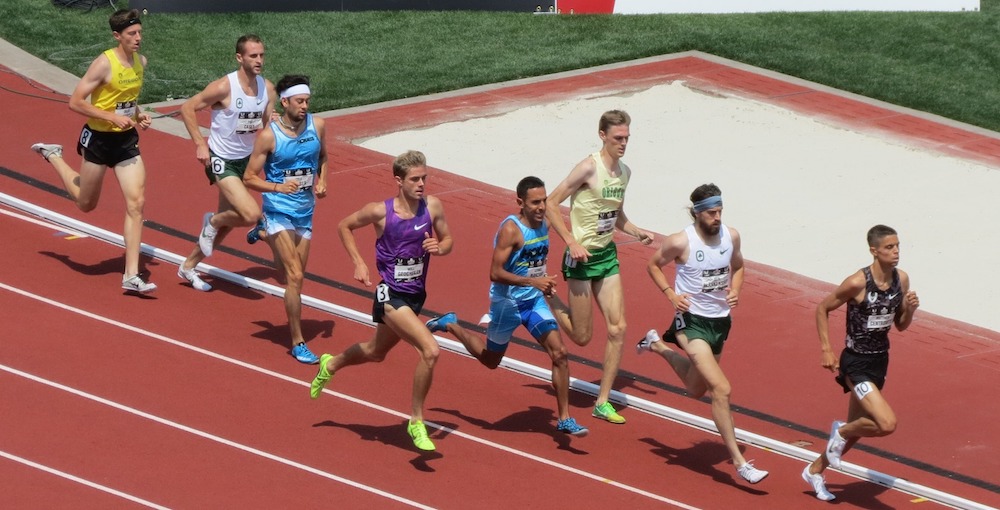 Record-Holders, Olympic Finalists to Clash at Medtronic TC 1 Mile on May 11

St. Paul, Minn. – May 4, 2017 – Medtronic TC 1 Mile record-holder Ben Blankenship, a 2016 Olympian from Stillwater, Minnesota, and the man whose mark he eclipsed last year, Olympic silver and bronze medalist Nick Willis of New Zealand, are set to race on the streets of Minneapolis on Thursday evening, May 11 at the 2017 Medtronic TC 1 Mile.

Last year in a runaway 3:55.8 effort, Blankenship trimmed three-tenths of a second off Willis’ event record set in 2013. The two last met in the Olympic 1500-meter final in Rio where Willis finished third and Blankenship was eighth. The two have not raced one another at the Medtronic TC 1 Mile previously. Winona native Garrett Heath, the 2015 Medtronic TC 1 Mile champion and the runner with the third-fastest time in the event’s history, is poised to play the spoiler on race night.

The women professional race is expected to be an open affair. Christy Cazzola of Atlanta is expected to tangle with Grunewald who finished third in the race last year. Three-time Medtronic TC 1 Mile women’s champion Heather Kampf will miss the event for the first time since 2010 due to an injury.

The event is expected to draw more than 2,500 runners to downtown Minneapolis for a full evening of racing. Seven waves of mile races – from first-timers to pros and including 59 corporate teams — will start near the Mill City Museum, racing past Gold Medal Park, and finishing along the Mississippi Riverfront near the Guthrie Theater. The event is a stop on the Bring Back the Mile Grand Prix Tour which offers a $10,000 tour prize purse.

The Medtronic TC 1 Mile, organized by Twin Cities In Motion, features an evening of races for runners of all ages and abilities. Action kicks off at 6:30 p.m. CDT and culminates with the professional races at 7:52 p.m. (women) and 8:01 p.m. (men).

Online registration is open through Saturday at tcmevents.org.