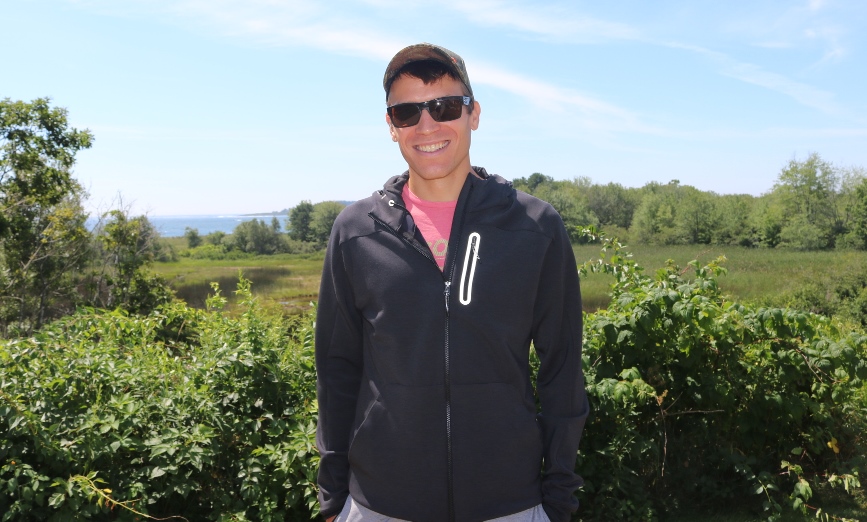 CAPE ELIZABETH, ME, USA (5-Aug) — It’s been 27 days since Ben True placed a heartbreaking fifth at the U.S. Olympic Trials 5000m, missing out on his chance to join Team USA in Rio de Janeiro by .48 of a second. While the result of that race still stings and hasn’t left True’s mind, he hopes to take a big step forward here in his home state of Maine at the TD Beach to Beacon 10-K on Saturday.

“I definitely don’t think I’m fully over it yet,” True told Race Results Weekly, speaking with the waters of Casco Bay over his shoulder. “I’m trying to use a few races, trying to get past that a little bit. Hopefully I’ll be able to get back to my normal racing self tomorrow.”

True will try to become the first American ever to win in the race’s 19-year history. Third two years ago in 27:51, the Dartmouth alum ran a strong race with the leaders through 5-K before falling back, only to battle valiantly and close the gap towards the finish in Fort Williams Park.

Speaking at length about the Trials disappointment, True reiterated that it’s been a tough four weeks since his 2016 Olympic dream was dashed. He’s tried to remain positive and race the disapointment away, making the most of his current fitness. At the IAAF Diamond League meet in London on July 23, he finished sixth over 5000m in 13:16.63. Yet something was off; something was missing.

“In London I was still not fully mentally there, I definitely made some mis-steps, wasn’t racing how I really wanted to,” he said. Speaking in short sentences about the past month, one could sense True was eager to put the period behind him. “Hopefully now I’ll be able to get back to the old Ben.”

The “old” Ben can surely contend for a title here. A calm and unruffled man, the North Yarmouth native returns knowing that the field will be tough to handle. Yet it’s squaring off against top-notch competition that can help True bust out of his recent funk.

While his U.S. Olympic Trials didn’t go as planned (in addition to the 5000m he placed a distant 11th in the 10,000m, suffering the effects of severe dehydration), True has a chance to redeem himself against a very strong American field as well. A total of $23,000 in American-only prize money is up for grabs, bringing together marathoners and track specialists alike. Eric Jenkins, Dathan Ritzenhein, Abdi Abdirahman, Sam Chelanga, and Riley Masters will all line up alongside one another.

Ritzenhein compared the race to a “Trials after the Trials.” Chelanga concurred, adding that it’s a fun way to race against familiar competition in a relaxed setting.

For True, this race isn’t simply a race on home turf nor a Trials redemption run against Americans. It’s a chance to get back on the right foot and have fun again, all before he heads to Rio de Janeiro to support wife Sarah as she competes in the Olympic Triathlon.

“I think anytime you fail to meet a goal or are unable to do something you really want to do, it stings a little bit. You have to just keep moving on and see what else and other goals are out there. You have to remind yourself of the real reasons you’re doing the sport and continue to do it for those reasons.”

One of the most picturesque races in America, more than 6,500 people are expected to race from Crescent Beach State Park to Fort Williams, finishing on a grassy knoll overlooking the iconic Portland Head Light.

“Road races always seem more of a festival type of thing ’cause there’s so many more people, whether they are running the race with you or lining the streets. That makes it really exciting and an exciting atmosphere, a little more laid back. That really appeals to me and I really enjoy that,” he said. “At the end of the day, though, it’s just running and pure competition.”

Asked what can help True forget about his Olympic Trials, he laughed and thought for a moment. Would a win here do the trick? Would an Olympic medal for wife Sarah ease the pain?

“I’m definitely looking forward to being able to support her,” he said, the signature True smile reappearing on his face. “Yes, it will be nice if she gets a medal for sure!”