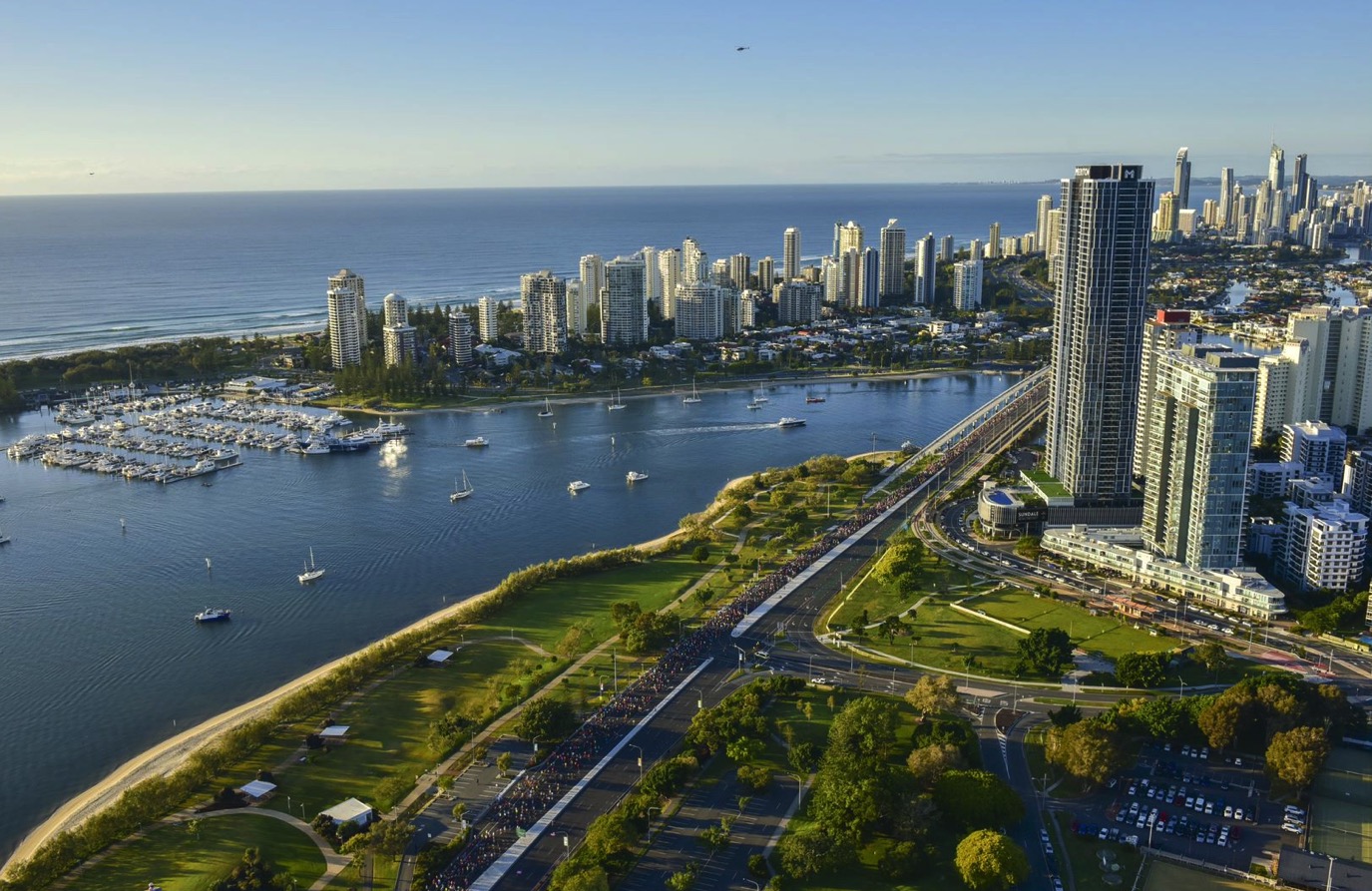 Madeline Hills and Victoria Mitchell will be running for glory and an AUD $1,000 winner’s purse after doing Australia proud in their respective track races at the Commonwealth Games.

On paper her toughest opposition looks to be Australian teammate Mitchell who recorded her best 10km time of 32:59 when she was victorious in this race in 2015.

If 36-year-old Mitchell can break the tape this year, she will become only the second woman to have won multiple 10km Runs on the Gold Coast – five-time winner Kylie Risk being the other.

A podium result will also be a credit to Mitchell’s toughness after she endured a painful Commonwealth Games lead-up.

After winning her fifth national title and Games selection trial in the 3000m steeplechase, Mitchell made the start line at the Games less than two weeks after being hospitalised for appendicitis and post-surgery infection.

Remarkably, Mitchell passed a fitness test to line up at her third Commonwealth Games and placed ninth.

In the men’s race, a group of up-and-coming Australian distance running talent will battle it out to become a first-time winner on the Gold Coast.

Top seed is Jordan Gusman (ACT) who comes into the race in hot form after three PBs in recent weeks and being victorious in a NSW cross country challenge over 10km on Saturday.

After winning the Canberra Half Marathon in 1:06:33 in April, Gusman competed in some US track meets last month and clocked PBs in both the 1500m and 5000m.

On Saturday, the 24-year-old will face Andrew Buchanan (VIC), fresh from his fourth placing in the recent Sydney Half Marathon in 1:06:00, and Max Stevens (SA) who recorded a PB of 29:35 in the Launceston 10K earlier this month.

The Southern Cross University 10km Run will incorporate the Queensland 10km Road Running Championships with Jack Curran and Matthew Carlsson the leading chances in the men’s race and Samantha Phillips, Clare Geraghty and Courtney Gilfillan among the women’s contenders.

“The Gold Coast has been one of my main target races this winter. I’m taking it really seriously and want to have a crack at a fast time given it’s a good course with good competition.

“Hopefully with nice conditions and the competition, I can break the race record which is in the back of my mind. Being a Dick Telford trained athlete, it would be good to break the record held by another Dick trained athlete in Michael Shelley.

“I just won a New South Wales cross country challenge on Saturday (23 June) and raced in the Mini-Mos 10K (in Mosman) the previous weekend which were both hilly courses so I’m looking forward to the flat, fast course of the Gold Coast.”

“I took a decent holiday after the Commonwealth Games including a few weeks off running completely. It has helped me to recover and recharge, and I’m looking forward to racing on the Gold Coast on Saturday.

“I’ve done a couple of races over the past few weeks – a mile in Perth which is short for me and then the Victorian cross country championships. I won the cross country in a field that included Sinead Diver who is running the half marathon on the Gold Coast, so that was a real confidence booster. I’m not sure what (time) I can run on Saturday but I’ll probably plan to go hard in the first 5K and come home with what I have left.

“Usually this time of year I am competing overseas but, with no major championships now for the remainder of the year, I have the opportunity to do some fun runs and cross country races in Australia.”

“The Gold Coast Marathon race weekend is set to get off to a great start with the Southern Cross University 10km Run on Saturday showcasing some tremendous Australian distance running talent.

“With the runners we have assembled, there is the chance we could see the race records of Lisa Jane Weightman and Michael Shelley broken.

“There will also be a competitive race within a race with plenty of good local runners aspiring for the Queensland 10km Road Running Championships.”