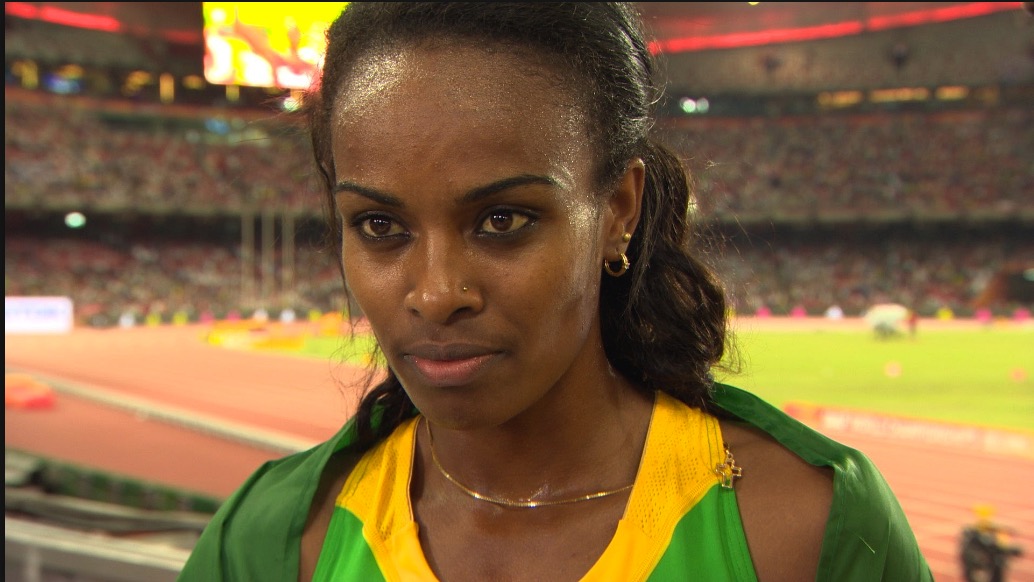 LAUSANNE, SUI (25-Aug) — Genzebe Dibaba and Francine Niyonsaba looked smooth in their bounce-back efforts after claiming silver medals in the Olympic 1500m and 800m, respectively. Dibaba faced off against 5000m Olympic silver medalist Hellen Obiri and fourth placer Mercy Cherono, though was too much for the Kenyans to handle.

“The competition is not that easy and I wanted to only winning,” Dibaba told RRW. Interestingly, only two media outlets opted to talk with the 1500m world record holder: Race Results Weekly and a local publication. “I am confidence. I don’t care about two, three, or anything. I said go easy and win.”

Dibaba was questioned about the ongoing investigation into her coach Jama Aden, and was upfront with her answer.

“I don’t know anything or comment on my coach. I go for job, I don’t go for nothing. I don’t have training. I go there because I train for championships. I don’t think of what’s happening,” she said. Dibaba was set to meet members of the media yesterday at a press conference, though canceled at the last minute.

In the women’s 800m, Niyonsaba took the track wearing bright green arm sleeves on a seasonably warm night (29C) to match her Nike Oregon Project top. With Caster Semenya and Margaret Wambui both out of the meet, Niyonsaba seized the opportunity to go with the rabbit through 400m (57.95) then press on. She’d hit 600m in 1:28.65 after pacer Nelly Jepkosgei stepped away in dramatic fashion.

Jepkosgei began slowing in lane one, and got in the way of both Melissa Bishop and Lynsey Sharp. The latter two had to dodge away from Jepkosgei, losing a step that would prove valuable in the end.

“I’m very happy,” said Niyonsaba. “I’m happy knowing at the end I was so fantastic. Everyone is so fast, I did my best to win and I feel happy. I’m happy to win here in my first time to come here.”

Laughing about the pacing incident, both Sharp and Bishop said they simply couldn’t catch another gear in the end. After three rounds in Rio de Janeiro, both had dead legs down the stretch.

“That was interesting. She was thinking about stopping and then…” Sharp said, her voice tailing off. “I just didn’t have it in the end though.”