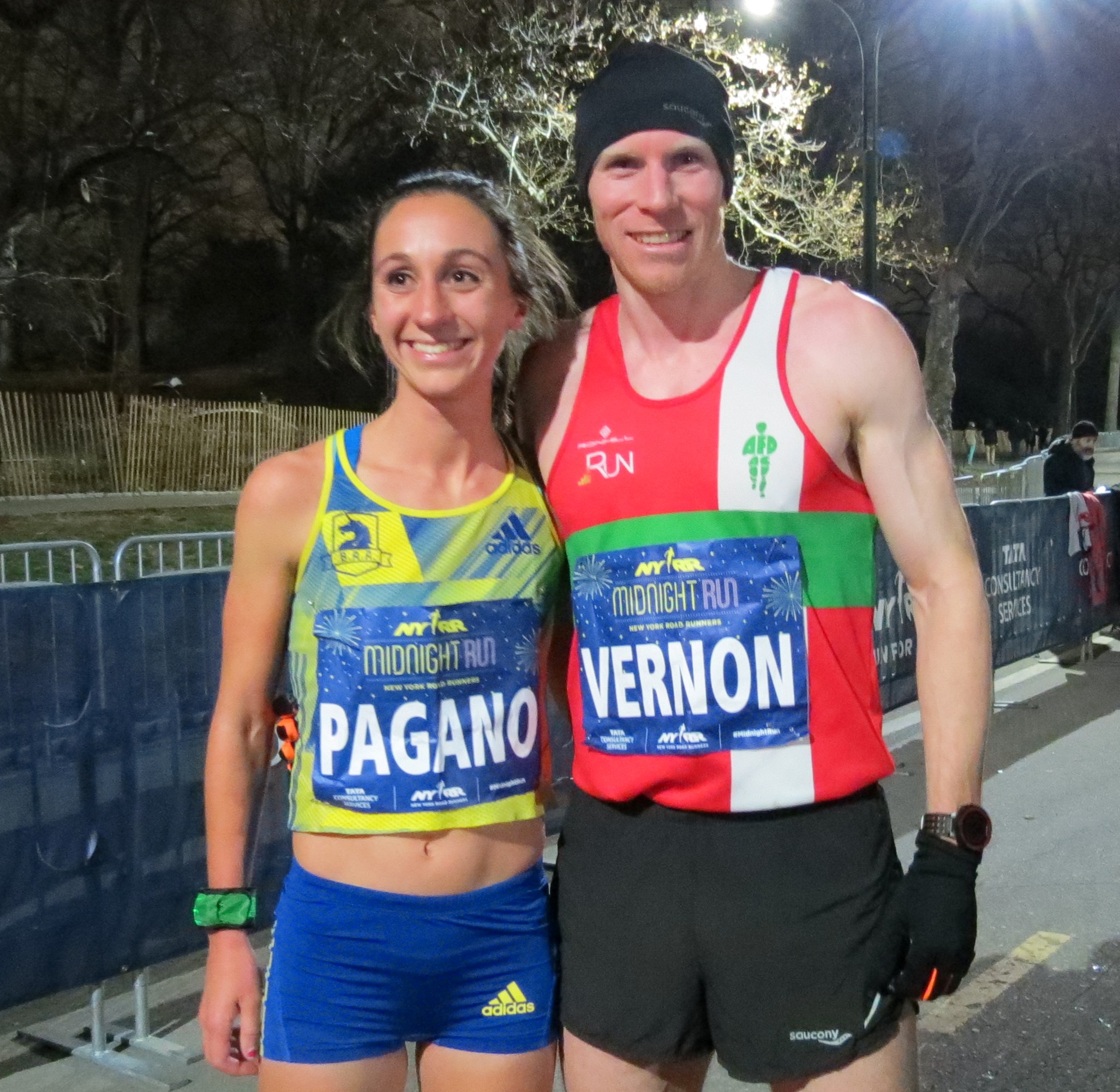 NEW YORK (31-Dec) — Sarah Pagano and Andy Vernon dominated the 38th edition of the NYRR Midnight Run here in Central Park.  Running the four-mile course in comfortably cold conditions while a colorful fireworks display boomed overhead, Pagano successfully defended her title in 21:06, and Vernon got his first win here in 18:27.

Pagano, 25, who represents the Boston Athletic Association, went straight to the lead ahead of teammate Katie Matthews right from the gun.  Her gap growing with every step, she crossed the finish line with a 40-second cushion on her teammate who was the runner-up for the second consecutive year.

“It was awesome,” said Pagano, who shaved seven seconds off of her time from last year.  “This is such a great race. I love coming here every year for the past couple of years, and I hope to make that more.  It was a good test today.  I’ve been feeling good, so I thought I would just go out and give it my best effort.”

Vernon –a 31 year-old British Olympian who runs for the Aldershot, Farnham and District club– followed the lead of last year’s champion Daniel Winn in the early miles.  Steadily working his way up, he caught Winn in the uphill third mile on the Park’s west side, passed him, then ran unchallenged to the finish on the 72nd Street Transverse.

“The race went off pretty hard, and I was a little bit back, maybe fourth for the first mile or so,” Vernon said.  “Going through the second mile, it turns left and you started going up that hill.  That’s when I caught the leader and pushed on from there.”

Winn, who also represents the Boston Athletic Association, was able to hold on to second place in 18:49. Third place went to Louis Serafini, last year’s runner-up, in 18:56.

Both Pagano and Vernon earned $600 in prize money and time bonuses.

Behind the top finishers, about 5000 runners took part.  Many attended the pre-race dance party and competed in costume.