Home Latest News On the road to records and Rio qualifiers at Sunday’s Gold Coast... 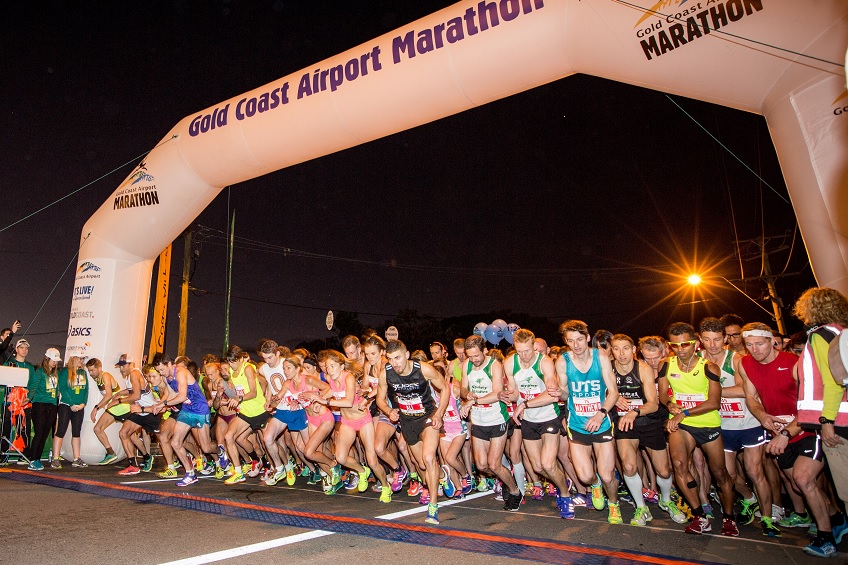 With good conditions forecast, a flat course and a deep list of elite runners, the Gold Coast is set to turn it on for the 38th annual Gold Coast Airport Marathon, an IAAF Gold Label Road Race, on Sunday with the men’s and women’s race records under threat.

The men’s race will feature the return of defending champion 42-year-old Kenneth Mungara from Kenya, fresh from a third place and new world masters over 40 record of 2:08:38 in the Milan Marathon in April.

Mungara made headlines last year as the former barber who set a new race, Australian all comers and world over-40 record at the time of 2:08:42.

Some comes into the race with the fastest time in the field – his personal best set when winning the Paris Marathon in 2013.

In the race for the IAAF Oceania Area Marathon Championships, New Zealand’s Paul Martelletti heads the list with a 2:16:49 pb and strong recent form including a win last year in the Manchester Marathon in 2:17:47 and a half marathon pb of 1:04:55 also set last year.

His Kiwi compatriots Ben Ashkettle and Tony Payne will also contend for an Oceania podium finish, while the leading Aussie heading into the race is Antony Rickards from Victoria.

The women’s race record of 2:27:17, set by Japan’s Yukiko Akaba in 2013, will also come under threat with six of the leading contenders profiling pbs under 2:28.

Ethiopians Gulume Chala and Meseret Biru headline the women’s field having both recorded pbs during the past 18 months and are favourites to secure the first win for their country on Gold Coast roads since 2011.

While Leah Kiprono (2:27:40) and Agnes Mutune (2:30:13) are both set on becoming the first Kenyan woman to win. 2006 Xiamen International Marathon champion Wei Wei Sun from China is aiming to do the same for her country.

Another race within a race will see no less than 19 men and women from around the world make a last ditch attempt to qualify for the marathon at the Rio 2016 Olympic Games before the deadline on 11 July. While the IAAF entry standard is 2:19 for men and 2:45 for women, some countries demand faster qualification times.

The gun will fire to start the 42.195km Gold Coast Airport Marathon race at 7:20am (AEST) on Sunday. Based on race record time, the men’s winner is due to finish at 9:28am (AEST) and the women’s winner at 9:47am (AEST). A live webcast featuring the action can be viewed at goldcoastmarathon.com.au