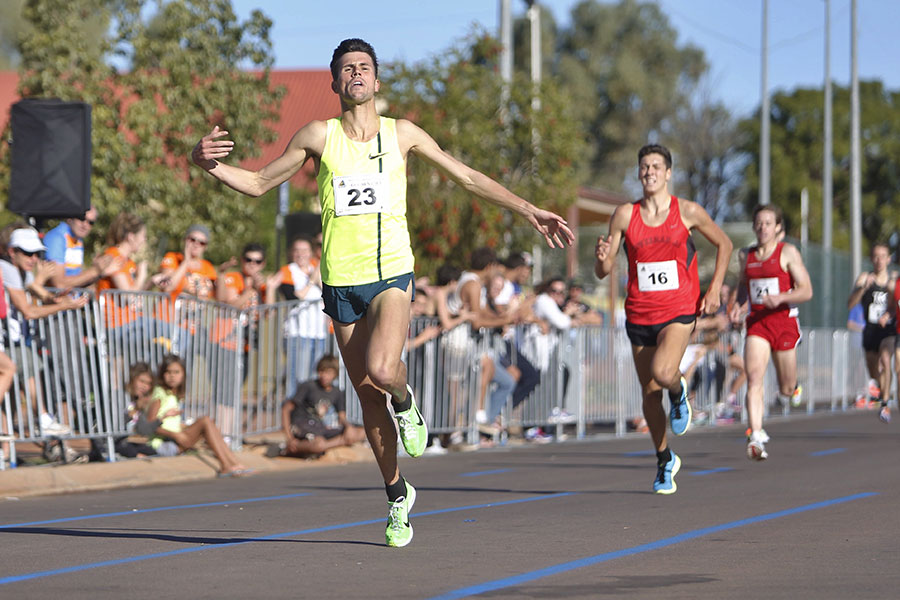 Veteran Olympian runner Jeff Riseley will lead the cream of Australia’s track athletes to battle it out for line honours at this year’s Leonora Golden Gift Elite Mile.

One of Australia’s best ever distance runners and a multiple winner of past Leonora Elite Mile events, Riseley is set to lead a stellar field in Leonora on the WA Day long weekend.

Hot on his heels is a stacked field of Australia’s young guns, ready to take down the twice Olympic runner and claim victory.

“We have assembled some of Australia’s finest middle distance athletes to showcase their abilities in Leonora,” Mr Johnson said.

“This race is a staple on the middle distance calendar and has been won by the who’s who of Australian running.

“The experience is like no other and the athletes are honoured to be part of such a positive event.”

“The gifted Bridey Delaney returns to Leonora in pursuit of her first ever victory,” Mr Johnson said.

“Chasing her down will be the likes of WA’s Jessica Ronan and Kate Elizabeth Fitzsimons, who are in terrific form heading into the race.”