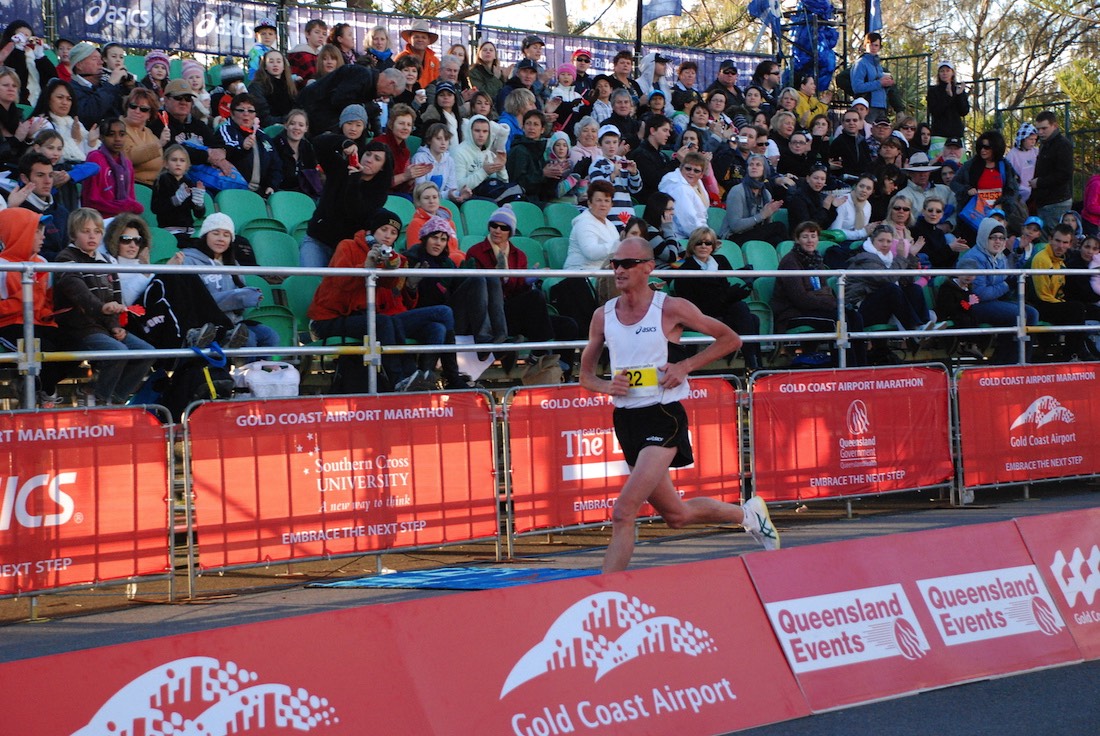 Oceania Athletics Association Executive Director Yvonne Mullins said the championships have been on the Gold Coast since its inception in 2008 and will again produce a fascinating battle between the best male and female marathoners from Oceania.

“This year marks the 10th anniversary of the Oceania Area Marathon Championships and we are set for another mouth-watering clash between the best marathon runners from Australia, New Zealand and the Pacific Islands,” Mullins said.

“To have last year’s champion Victoria Beck joined by Australian hopeful Virginia Moloney and veteran Lee Troop is a testament to the international appeal of the Gold Coast Airport Marathon.

“Having the championships held at an IAAF Road Race Gold Label event has not only helped attract the finest athletes searching for a personal best time on a flat, fast course but it has boosted the profile of road running in the Oceania region.”

Four New Zealand women will have their sights set on securing a third consecutive championship victory for their nation including 2015 winner Victoria Beck and two-time World Championships representative Mary Davies.

Last year’s podium was an all-kiwi affair when Katie Kemp took line honours in a personal best time of2:40:05, followed over the line by compatriots Beck and Alice Mason.

However, short odds are on 33-year-old Mary Davies who produced her second best marathon effort since her personal best 2:28:57 victory at the Toronto Marathon in 2012 when she crossed the 2015 London Marathon finish line in 16th place (2:34:22).

Along with her 2:42:57 sixth place at the Houston Marathon earlier this year, Davies is in good form to push for the championship crown and a share of the $12,000 prize pool in her first ever race on the Gold Coast.

Victorian Virginia Moloney is one of Australia’s best chances to put an end to New Zealand’s trifecta hopes when she lines up for her first 42.195km race on the Gold Coast.

The 27-year-old physical education teacher capped off a stellar 2016, which included a 22nd placing in the Tokyo Marathon (2:44:23) and a second place in the ASICS Half Marathon, by becoming the Australian marathon champion at the Melbourne Marathon with a personal best time of 2:34:27.

She will be joined by Gold Coast Airport Marathon stalwarts New South Welshman Kirsten Molloy and Queensland’s Clare Geraghty, who are serious contenders for the title with both women boasting impressive Gold Coast times on their resumes.

Molloy, a previous Australian marathon champion who has achieved five top 10 Gold Coast Airport Marathon finishes, including her 10th place last year (2:45:30), will be out to add another Oceania Area Marathon Championship to her list of accolades after claiming victory in 2011.

2009 Southern Cross University 10km Run winner Geraghty contested her first 42.195km on the Gold Coast last year after having raced the ASICS Half Marathon on many occasions. She improved her previous best time, recorded at the 2015 New York Marathon (18th, 2:49:19) by almost three minutes in 11th place (2:46:20).

Celia Sullohern will also return to the marathon after recording a personal best time (2:53:40) last year while 2016 Auckland Marathon second placegetter Margie Campbell will run for the first time on the Gold Coast.

The return of three-time Olympian and 2006 Gold Coast Airport Marathon winner Lee Troop, who is running to honour his dad who recently overcame brain cancer, headlines the men’s championship.

It will be the 2011 champion’s first Australian marathon since his farewell on the Gold Coast in 2014 and despite a less than ideal preparation, the 44-year-old’s experience will provide a competitive edge over his rivals.

Coming through the marathon ranks is 25-year-old Toowoomba local Ben MacCronan who has been racing on the Gold Coast since 2010. He doubled the distance for the first time in 2014 with a 2:48:48effort and will return to the Gold Coast with grand expectations after bettering his personal best time at Lake Biwa Marathon last year with a 2:24:17 run.

It has been six years since Queensland’s Patrick Nispel made his marathon debut on the Gold Coast (11th,2:23:01) and since then he has improved his personal best with a third place at the 2013 Zurich Marathon (2:22:55).

His recent performances, including a 2:23:47 at the 2014 Lake Biwa Marathon, indicate the accredited coach will be in form and hungry to improve on his fifth place Oceania Area Marathon finish in 2011.

Closing out the men’s elite field is New Zealand’s Dave Ridley who will be out to make it back-to-back victories for the kiwis by going one better than his second placing last year (2:26:21). He will toe the start line with a new personal best under his belt after finishing last year’s Fukuoka Marathon in 2:25:22.

To enter or for more information visit www.goldcoastmarathon.com.au.