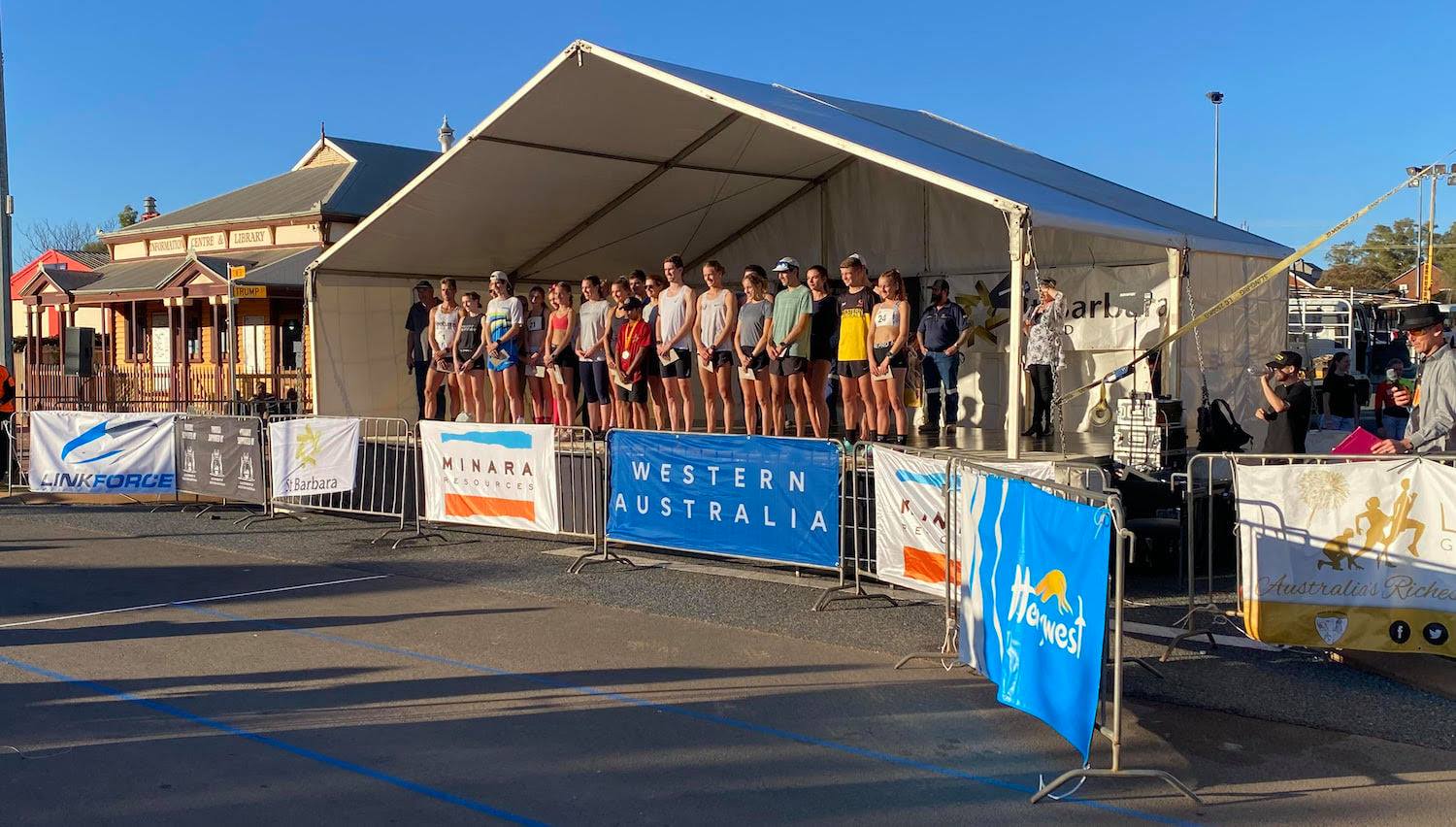 It was a West Australian affair at the 18th Leonora Golden Gift. Sinead Noonan and Ben Chamberlain, took honours in the blue ribbon elite mile events in West Australia’s Goldfields.  Covid-19 restrictions saw local WA showdowns on the Main Street of Leonora, a small outback town nestled amongst some of the biggest mines in the world. For their efforts, the winners took home $7500 in prize money plus a one-ounce gold nugget. All top-8 place-getters collected prize money, in Australia’s richest middle distance event.

In the women’s race, ex-professional cyclist, Noonan, lead from gun to tape. Coached by Raf Baugh, the endurance based athlete dropped down a few distances and made sure to smash any finishing kicks out of her competitors, going out hard, and holding on. Noonan is targeting the Gold Coast Half Marathon in July, and will look to step up to the marathon distance in 2022. Noonan has a half marathon PB of 1:17:51, but will look to seriously lower her time on the Gold Coast.

Junior Maddy Luscombe (born 2004) was second, with fellow junior (born 2007) Danielle Graham third. Some incredible talent in the junior ranks, hopefully we will see many of the lower place getters of this race, kick on over the next decade.

Race footage is provided below.

In the men’s elite final, multiple West Australian champ Ben Chamberlain, controlled the race from gun to tape.  After a pedestrian first lap, Chamberlain slowly turned the screws, increasing the pace gradually. Down the back straight for the final time, the iconic West Aussie sprinted away from the field, gapping multiple Australian junior steeplechase champ Luke Graves, and 3:51 1500m runner Matt Smith. Chamberlain, a strength based runner, held firm over the final 200m, holding off a fast finishing Graves. The ever popular Chamberlain will now turn his focus towards the Gold Coast Half Marathon in early July.

Of note, some promising juniors are emerging onto the West Australian scene. In 8th place was a little known Ky Hehir. A 4:11 runner at 15 years of age, he has the talent for an elite future, if he is hungry enough.